These famous opening lines from the equally Dickens’ novel sum up the past year to a tee. It was a year of extreme highs and lows – but through it all I am really thankful for I was able to see my own personal growth and was also able witness the growth of my blog and online and offline influence. Thanks to all of you who continue to support my #brownbeauty escapades, I am humbled, honoured and oh so grateful!

My eldest sister passed away VERY suddenly in May of last year and this rocked my world and that of my family’s. However as I start this new year I can testify that God’s goodness has been evident and His faithfulness true.

After the shocking passing of my eldest sister this weekend I have been reminded of the fleeting nature of this life..but I am confident in the plan of God and that all things work together for good. Thanks to all for your prayers and condolences. Thessalonians 4:13-18Amplified Bible (AMP) 13 Now also we would not have you ignorant, brethren, about those who fall asleep [[a]in death], that you may not grieve [for them] as the rest do who have no hope [beyond the grave]. 14 For since we believe that Jesus died and rose again, even so God will also bring with Him through Jesus those who have fallen asleep [[b]in death]. #godisgood #godsplanisforgood #itiswell

I had a spectacular year as a blogger and events host and I was also able to continue developing my skills through education and the taking on of leadership roles. All of the activities that I have had the privilege to partake of are a reflection of me – and I wouldn’t have it any other way!

Love, hugs and plenty of kisses,

I kicked of the year with launch of the UCL BME Alumni Network – which I am now proud to say that I have been appointed Chair of! I am as passionate about academia and equal opportunities in the sector as I am about beauty! I was a part of the steering committee that made it happen and it was a fantastic evening!

It's Friday and it's been a full on week…all great stuff though so no complaints! Here are my favourite things this week! #BPLFTF 1. A massive congrats to Hajera and the @UCLAlumni for the successful launch of @uclBMEAlumni last night! It was also a privilege to have met Olympic and Commonwealth Gold medallist Christine Ohuruogu…a wonderfully down to earth and inspirational woman! It was an honour to have been part of the steering committee and to speak too! Apparently, the @ucl_news @uclBMEAlumni is the FIRST of it's kind in the UK…both an exciting and shocking statistic! However it is onwards and upwards from here on in! Look out for more updates soon! #uclbme #ucl #alumni #givingback #networking #university #ucltingz

A couple of days later I put on my blogger hat and attended the IllamasquaXSamsung event showcasing the Samsung Galaxy Alpha phone in conjunction with Three Mobile. The quest for the perfect brow and the perfect selfie was over…

Really impressed with camera on the Samsung Alpha! With @illamasqua and @threeuk ! #samsungmobilemakeover #illamasqua

..it was a fun way to start my blogging year – read the review here.

It was an honour to have been nominated for and shortlisted in the 2015 Wise Woman Awards ‘Christian Woman in the Media’ category in March of 2015. The awards identify and celebrate British Christian women who are making an impact in their community and it was wonderful to named among such.

I'm ready for the Wise Woman Awards! Thank you @topebeesley for my fabulous make up and thank you Beauty and Melody for use of your beautiful venue to get ready! #wwa15 #brownbeauty #beauty #success #blessed

The evening was inspirational and I was able to connect with some pioneering ladies! I also had the pleasure of being nominated alongside my fabulous sister Donia Narh! Although neither of us walked away with the star prize, we were truly blessed and grateful to have been recognised for our work.

It's a wrap! All glory to the most high God whose eye is on the sparrow and who watches over me! #wwa15 Congrats to the Wise Woman Award organisers and to all the inspirational and fruitful women of God! #destinysteps #blessed #wocinmedia #christianwomen #flyinghigh #makeithappen #makeitcount #makeadiffrence #vision #fyggp

The Keziah CONNECTIONS season kicked off in February and I particularly enjoyed hosting the April event as fellow blogger and now beauty business owner Dija Ayodele was the keynote speaker. Having met via Twitter in 2011, it was a joy to have her share her journey.

T'was an AWESOME privilege and a HUGE honour to have Dija of @dijasworld share her inspirational 10 tips at last nights @keziahCONNECTS!! Read @spellmagazine's FANTASTIC review of the evening > http://spellmagazine.co.uk/?p=6252 By @wonderlustinglynda "The fantabulous @dijasworld @beautypulselondon being speaker and hostess with the mostest at Keziah Connections. Great to hear the exciting plans in the pipeline"

The event was also featured on the Spell magazine blog! 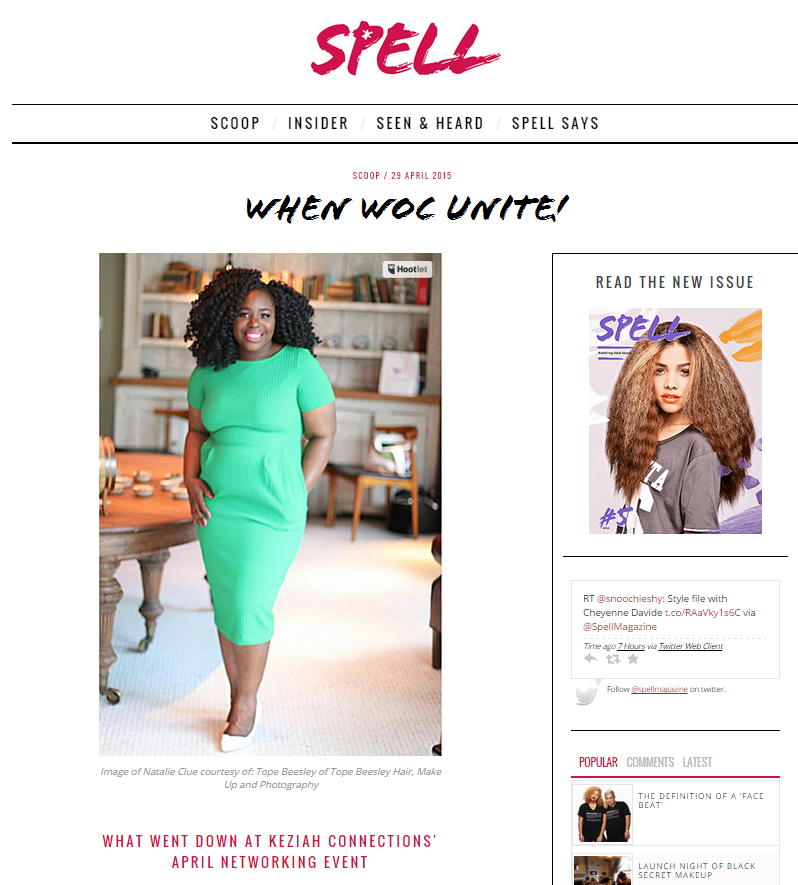 In May, I boarded the Eurostar to head to gay Paris! I was off to visit the Black|UP Paris team at their HQ.

Having connected with the brand in 2014, it was great to continue building our relationship in the last year in order to get to know the grand better and to share their latest news with you!

July started of strong with my humble blog being mentioned in a MAJOR feature about diversity in the beauty industry, commissioned by Stylist magazine.

Thanks so much @afroblush!! P.s I got a copy!!! #Repost @afroblush ・・・ I'm so proud and excited to see my ladies @ondolady @brownbeautytalk @beautypulselondon for echoing the neglect of black women as a option to cater to for several beauty brands, and helping make our voices heard. Love and respect

Whoop whoop! It was fantastic to have been featured and the article is testament to the change (however gradual it may seem at at times) that is taking place. The magazine has pleged to make diversity a central hallmark of the publication – watch this space for more on this! In the meantime check out my thoughts on the piece here.

We are extremely proud of our diversity manifesto, in which we pledge to ensure the faces within our pages reflect those of our readers. Please click the link in our bio to read more. #stylist #diversity #equality #love #magazine

I “celebrated good times” with many of you in July at the Keziah CONNECTIONS 3rd anniversary party in conjunction with Black|UP Paris. Once again thank you so much for your positive feedback and support! Read the full review of the evening here.

Thank you @beabealondon for your kind words and thank you all SOOOO much for celebrating the @keziahCONNECTS 3rd Anniversary with myself and the @blackup UK team! Thanks to Elizabeth of Black Up who worked relentlessly to make the evening a success! Thanks to @veefosu and @topebeesley for you continued support! It was great to connect with so many of you! See you next month! #brownbeauty#beauty #wocinbusiness #wocinbeauty #wocinlifestyle #london #keziahconnections #partnership #collaboration #networking #business #birthday 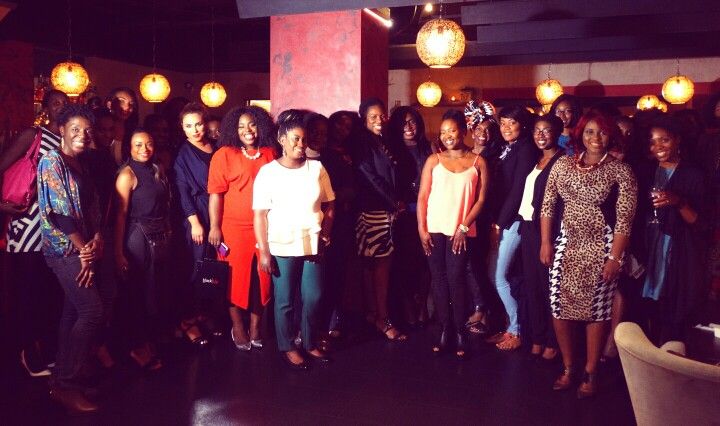 My mum got married in September, at the age of 62, proving that it is never too late for the great things that God has planned for your life to come to pass!
It truly was an amazing and unforgettable day.

First selfie of the day!! Been on chief bridesmaid duties! Thanks be to to God for an amazing day so far! This is my mum y'all!!! Remarried at 62 – God is an on time God – he will do it! God WILL turn your mourning into dancing! Makeup by @trueglambeauty!! My mum looked AMAZING! My hair is by @atouchprofessional !!! Thank you #cluecardwedding #goddiditagain #sorrow intogladness #amazingday #thankful

The make up was done by the talented Dami of True Glam Beauty, who worked her magic and turned my mum into a glowing bride! She become the talk of the town and enjoyed her day as the belle of the bridal ball! 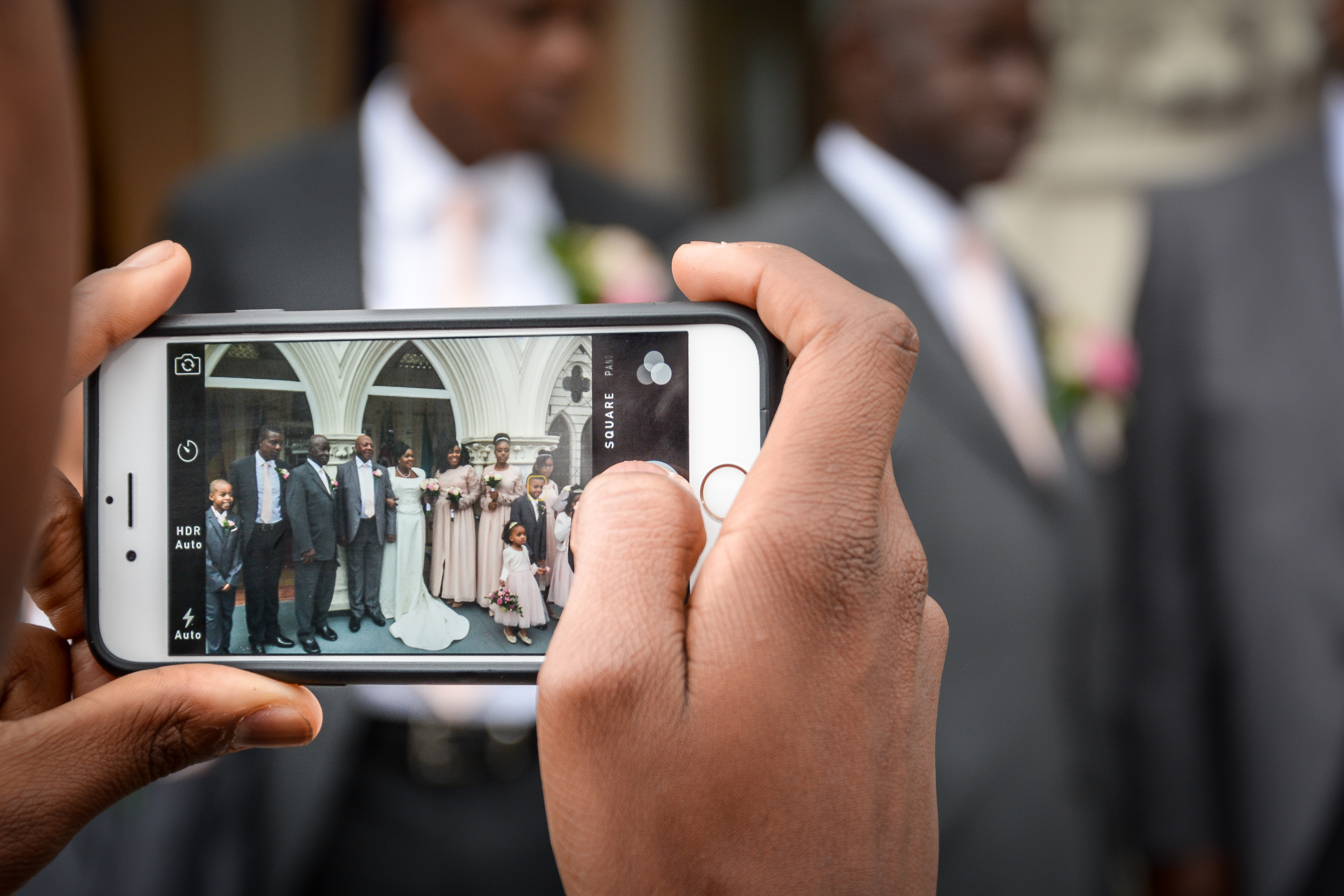 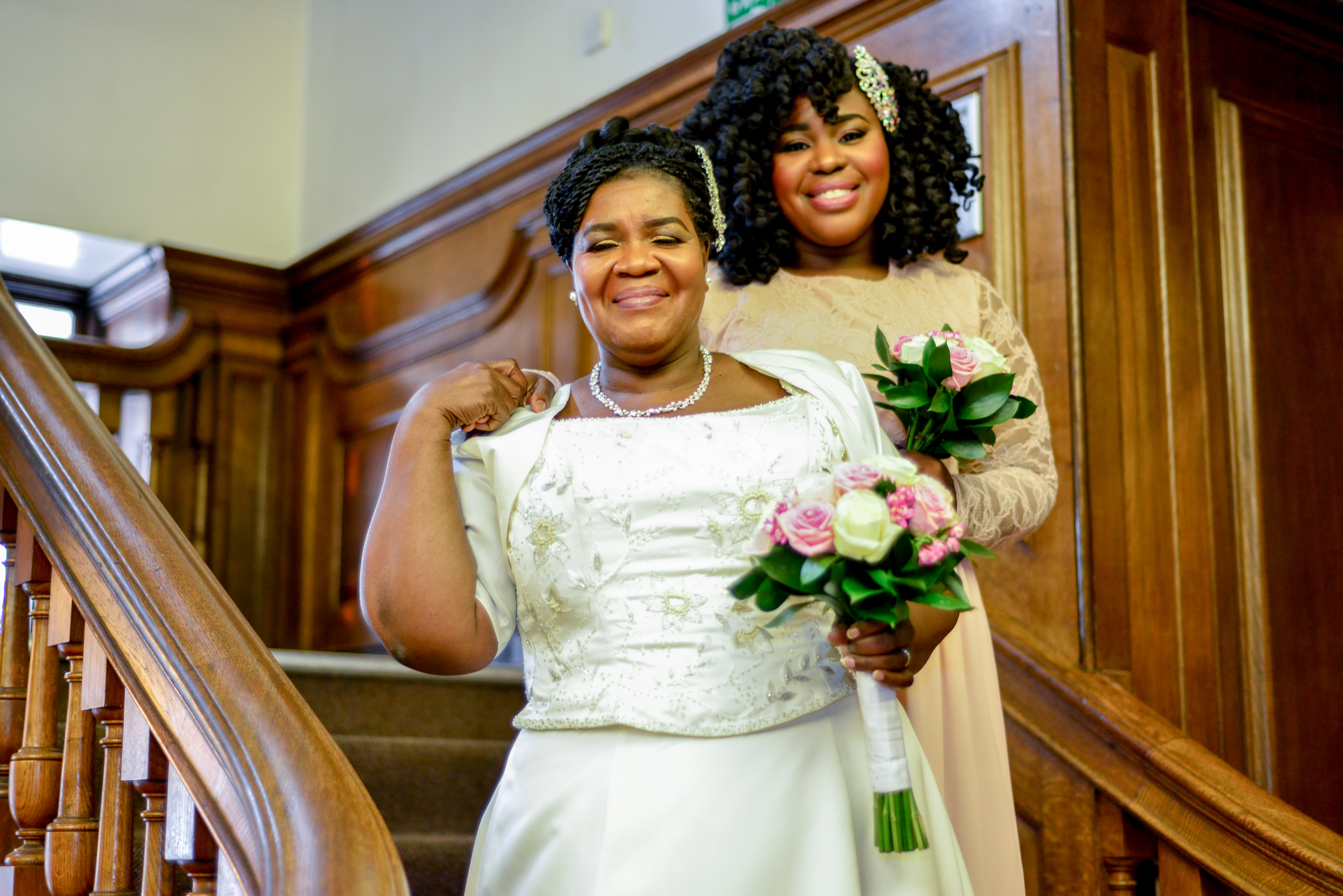 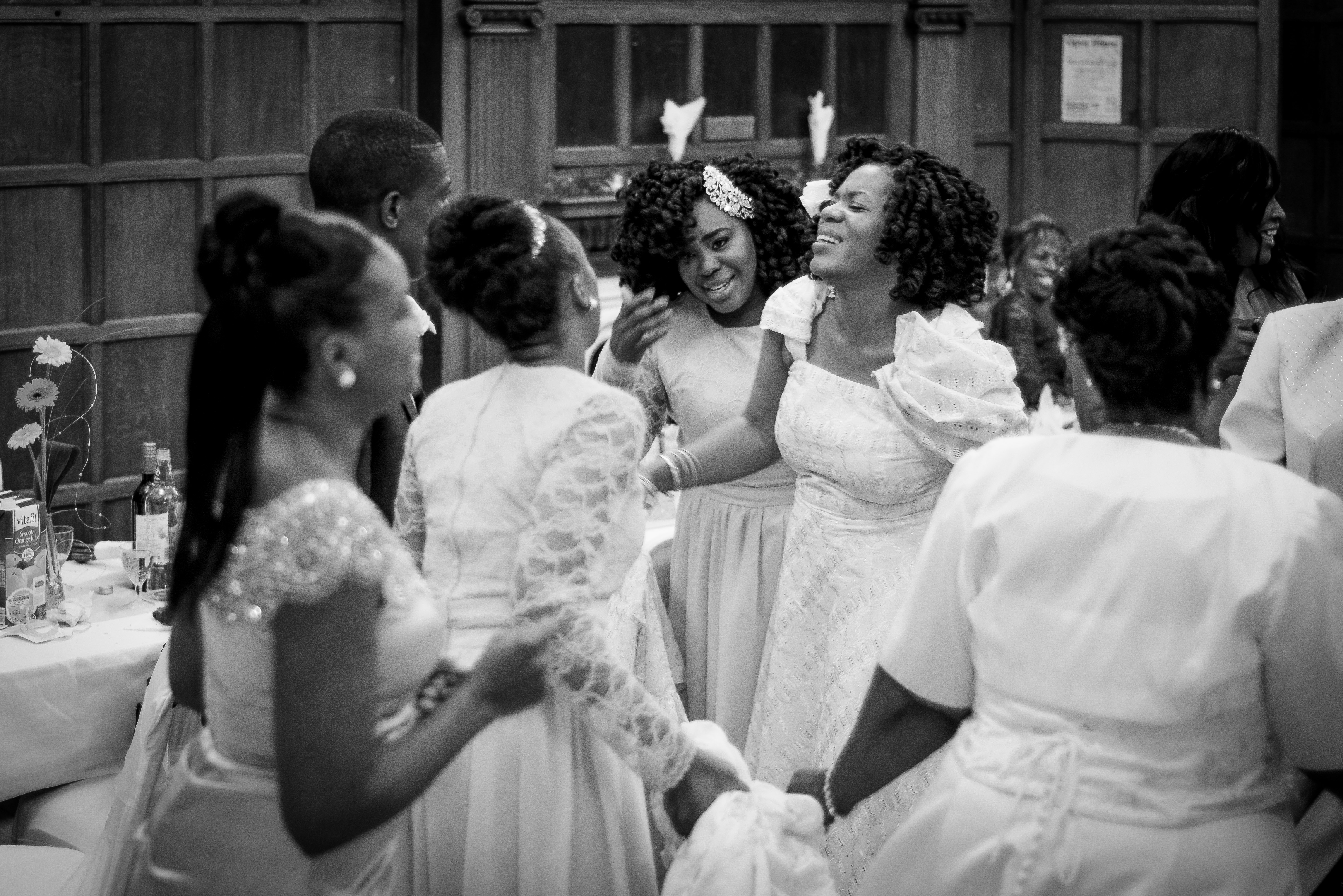 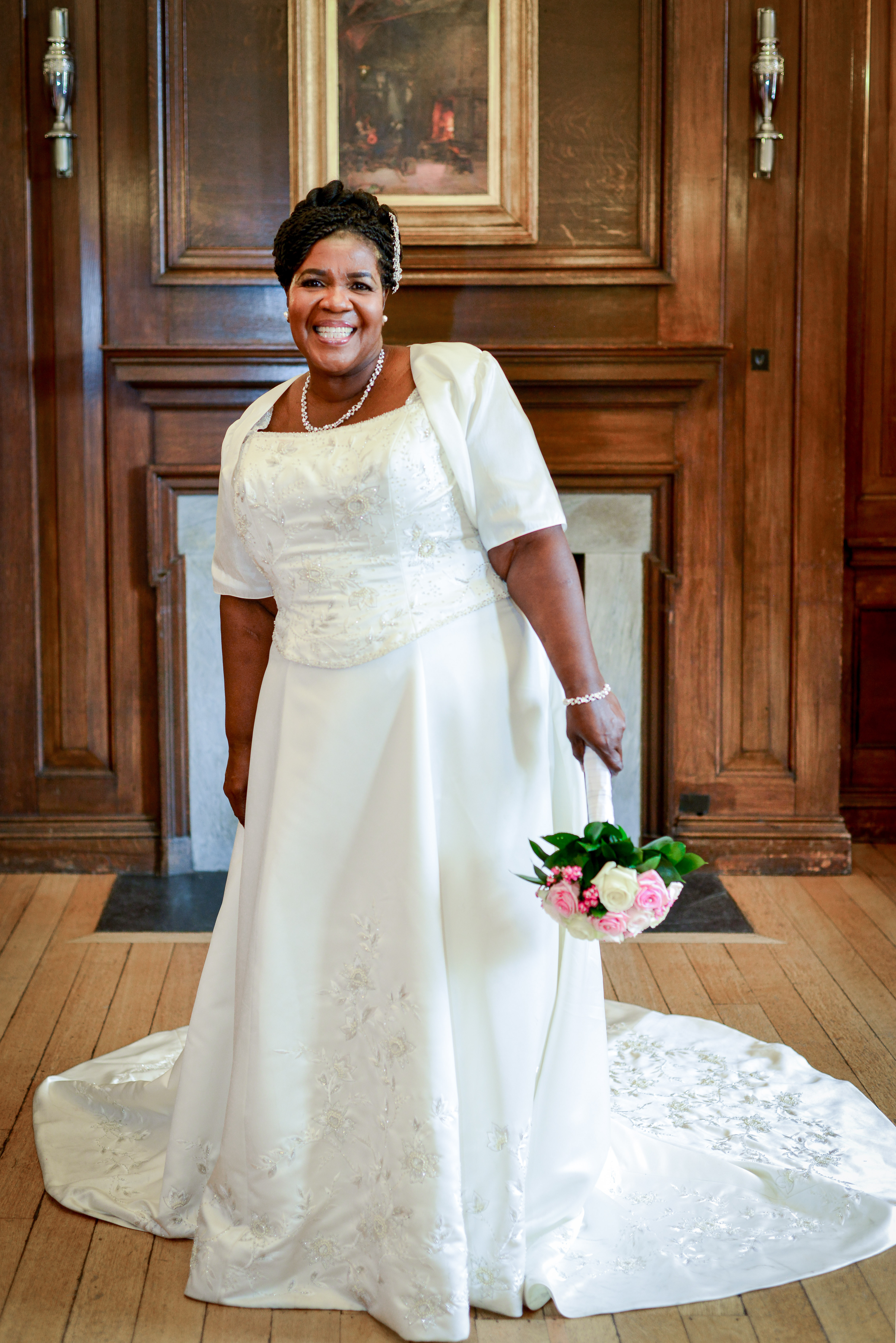 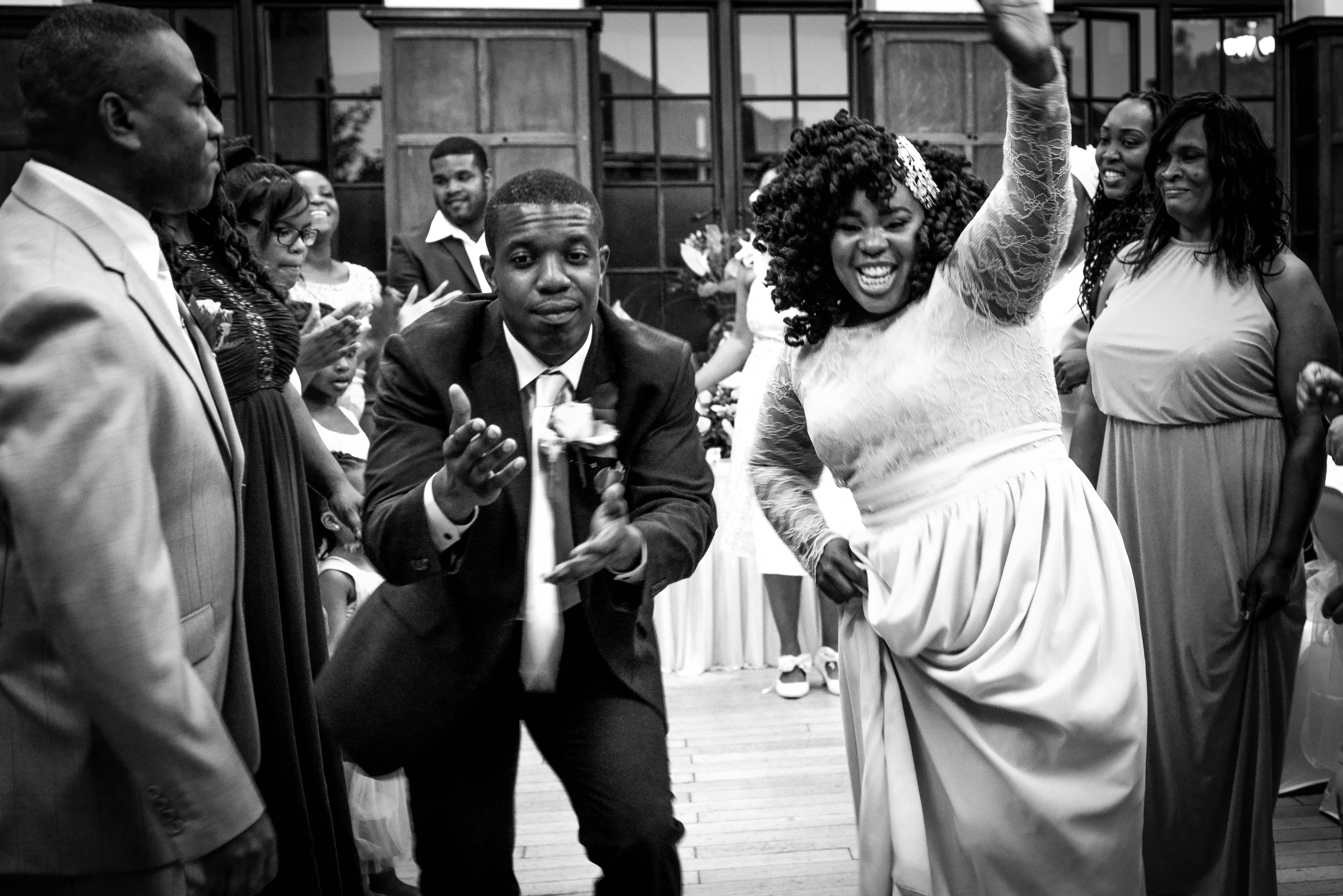 Here is the post I wrote featuring the skin care products I used to prep for the big day!

Education, education, education! I am an advocate for life long learning and personal development and it was a privilege to take and graduate from the RCCG School of Discipleship Bile course in October. The year long course was challenging yet enlightening.

About this morning!! All glory to the most high God for his sustaining grace to complete the 2014/2015 @RCCG SOD course! We learnt a lot! God kept me and I am truely grateful #godisgood #destinysteps #studytoshowthyselfapproved #itisfinished #overcomer #morethanaconqueror #bible #study

I wrapped up the year hosting a development workshop with my sister called the Passion, Profits and Personal Branding workshop! Attended by 12 enthusiastic delegates, it was the perfect way the end the year.

It's a wrap! Thank you so much to the #pppworkshop delegates! We are empowered, empassioned and ready for 2016!!! Look out for the next workshop…coming soon!! #passion #vision #profit #personalbranding #womenupliftingwomen #visionboard #makeithappen #makeitcount

Donia and I imparted our knowledge and expertise on how to take one’s project to the next level and the energy in the room was BUZZING! Look out for the announcement of the next workshop that will take place early this year.

The 'Power Circle! An exercise to demonstrate how you can help others achieve their goals and how they can help you! Lots of positive energy in the room! Surround yourself with winners in 2016! People who want to win and see you win! #goals #fun #energy #collaboration #powerteam #pppworkshop #goforit #makeithappen

Last but not least, I secured my 35th press/publication feature in December! Tt was great to be able to share my goals and aspirations for the year ahead in Spell magazine once again!

Whoop! Kicking of the last month of 2015 with a feature in @SpellMagazine! Looking ahead to 2016, I will be bringing much more you more fabulous #brownbeauty! Thanks for all of your support this year @SpellMagazine – here's to a fruitful 2016! Great to see my fellow #brownbeauty #bbloggers @EpiphannieA and @LotionPotionsMe featured as well! Are you looking to build your personal brand in 2016? Join me at my workshop on the 12.12.15 to find out how you can position yourself to win! Book now >> https://goo.gl/6vsIfL #linkinbio #brownbeauty #beautypulselondon #beautyforallskintones #inclusivebeauty #wocinbeauty #blackgirlmagic #menalinonfleek #flexinmycomplexion #destinysteps #wocinbusiness #celebration #collaboration #networking #womeninbusiness #beautybusiness #klout60