So…after nearly four years of blogging, reaching out to the mainstream beauty industry, seeking to have a candid conversation about the trials and tribulations of shopping for beauty as a brown skinned woman, a major magazine title has taken the step to have a CANDID and open conversation about it.

In this week’s issue of Stylist magazine, the very first ‘Beauty Issue’ – a bumper edition dedicated to all things beauty – included an article discussing the lack of diversity across the industry.

Did you get your copy of Stylist magazine's bumper beauty issue today? It's packed full of exclusive beauty interviews with celebrities including Lupita Nyong'o and Tavi Gevinson plus top tips for beach hair, an amazing fashion shoot and our favourite writers on their hygiene habits. We're also introducing our pledge to diversity in beauty. Enjoy! #beauty #stylist #free #magazine #treat #fashion #travel #diversity

I say that a debate has finally ensued because for far too long the conversation has been very one sided, with the consumer (us!) telling the beauty industry and the magazine that write about it that this level of inequality is frankly unacceptable in this day and age and that our voices, opinions and experiences need to be heard, however the requests have often been met with a deafening silence or a with a patronising attempt to justify the status quo, a position that discounts or belittles our very valid experiences and the feeling that are caused by it.

A case in point occurred just over a year ago in relation to the Selfridges Beauty Project talk entitled ‘Pretty White Female – How Beauty Can Appeal to Every Woman’,, which was a part of a month long event that tackled the definition of beauty andthe standards that we are held to. It was hosted in part by beauty journalist Sali Hughes. 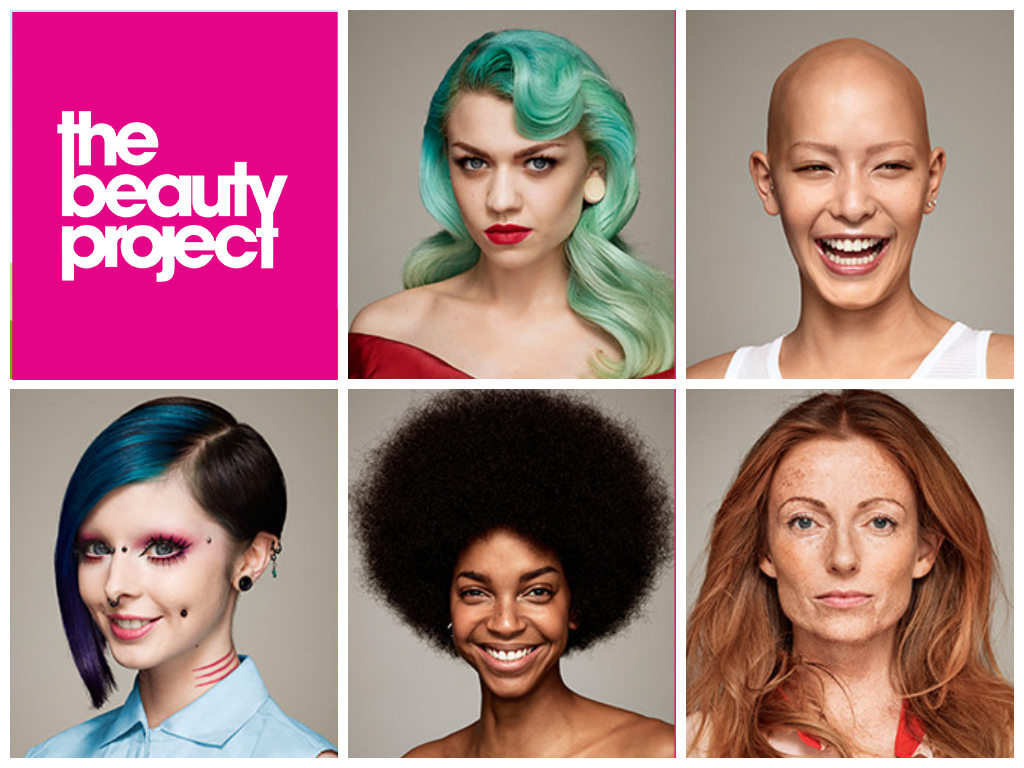 When I found out about the talk I booked a ticket without hesitation – this event was RIGHT up my street! A discussion about beauty for all skin tones and a chance to broach some of the difficult questions that need to addressed to level the field of representation and product availability….how very exciting!!

The panel consisted of (the then) Health & Beauty Director of Women’s Health, Anita Bhagwandas, radio presenter Gemma Cairnery and founders of multicultural beauty site, ThandieKay, Kay Montano and Thandie Newton – all of whom I have the utmost respect for and all, however I did feel that with this panel, the talk could not be credible as the experiences of a dark skinned Black woman trying to purchase beauty products for her hair and skin.

So after a couple of weeks I decided to take the matter public – and called out what I felt was a MASSIVE oversight on Instagram.

You can read the ensuing conversation below – the only comment I want to make is this; the failure to at least acknowledge the concern that is being called out is a typical response to any conversation looking to tackle the subject of race. One doesn’t have to agree with the concern being raised – but an acknowledgement at least shows that the concern has been taken on board.

My London #brownbeauties!! Have you booked your ticket for the @salihughesbeauty talk on the 10th June? Please be there to air your voice regarding the challenges WOC face with when purchasing beauty items and how we are (or NOT) potrayed by the mainstream beauty media. The panal is interesting…HOWEVER NO BLACK AFRICAN/CARIBBEAN WOMAN is included in the line up!!!! How one can expect to have a credible conversation about beauty for all skintones without the woman who has THE most obstacles to overcome when purchasing suitable products conveniently is beyond me!! I did contact Sali about this…no respose as yet…so I guess it will be adressed on the day! Tix can be purchased via Eventbrite! See you there! #brownbeauty #letstalk #amuchneededconversation #whereisthewomanthatlookslikeme? #onesizeDOESNOTfitall #makeyourvoiceheard

On the evening itself, it did seem that the Q&A session was intentionally curtailed to avoid the very necessary debate from taking place (you can read my full review of the event here).

Thus, for Stylist magazine to open up the conversation and to provide the much needed, highly visible platform for it to take place, is a step in the right direction.

Freelance journalist, black feminist and staunch advocate for the black British female experience, Reni Eddo-Lodge wrote the following piece for the magazine…and yours truly gets a mention! I had to keep it strictly 100 y’all!

@stylistmagazine is talking all things #brownbeauty this week…. from a British perspective too – because we live on these great Isles as well! Yours truly gets a mention…keeping it !!! Also great to see Ronke of @brownbeautytalk and @fashionfairuk mentioned too! Thank a million @renieddolodge Grab your copy tomorrow or download or read online NOW >>>http://www.stylist.co.uk/beauty/beauty-doesnt-just-come-shade-pale-representing-ethnicity-diversity-industry-race #brownbeauty #beauty #beautychat #makeup #inclusivebeauty #beautyforallskintones #bbloggers #britishbrownbeauty

Reni is a talented writer and she accurately conveyed the experiences that are akin to many of us. I was glad that she also highlighted the demographic changes that are occurring in the UK – to which I feel the beauty industry – and in fact mainstream society as a whole – is completely oblivious to.

The magazine also hosted a live Q&A on their Facebook page today, giving the readers an opportunity to pose questions to the associate editor (beauty) Joanna McGarry, who was joined by Reni for the hour long conversation.

It was a lively discussion – no bars were held – and I look forward to seeing the fruit of many of the promises that Joanna made…which have been backed by the magazine’s pledge to increase diversity with the beauty pages.

Did you read the article or join the Facebook conversation?