June was a fantastic month for London and the UK!

The Jubilee celebrations held up – despite the weather!  The stoic, bulldog spirit of the Brits was determined to celebrate come rain or shine!

As the month came to an end last week, I had accumulated a pile of magazines with pages booked marked to scan – pages featuring beautiful women of colour showcasing the best of  Black British style.

Thumps up to the glossies! 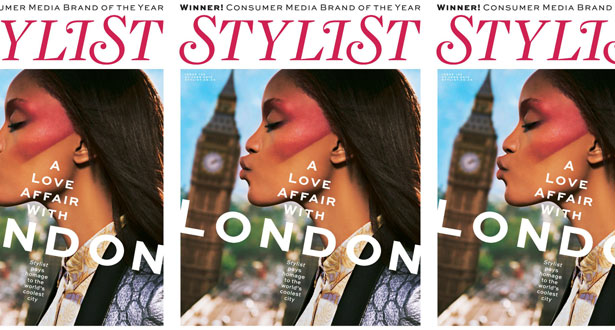 Tiara Young (Storm Models) landed the cover of this very special issue  of Stylist.  A Black woman fronting the LONDON issue!!  It was a double dose of joy for me as a proud Black, female Londoner! 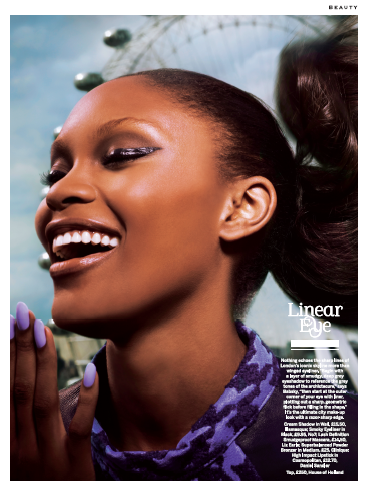 LOVE the nails in this shot!! : www.stylist.co.uk

Tiara also featured on the beauty pages.  I must commend the photographer  Johnny Storey, for his crystal clear shots, juxtaposing the striking beauty of both the model and the city of London.

Here are the images taken from his website – without the copy from the feature, his talent comes to the fore. 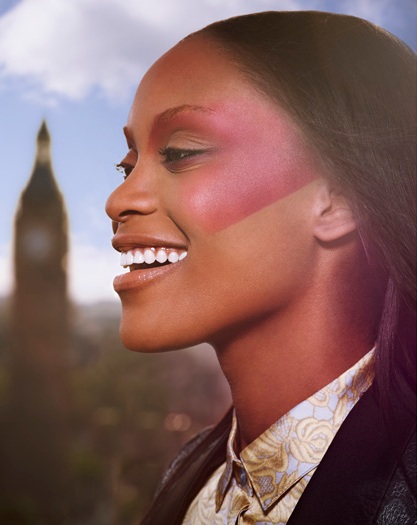 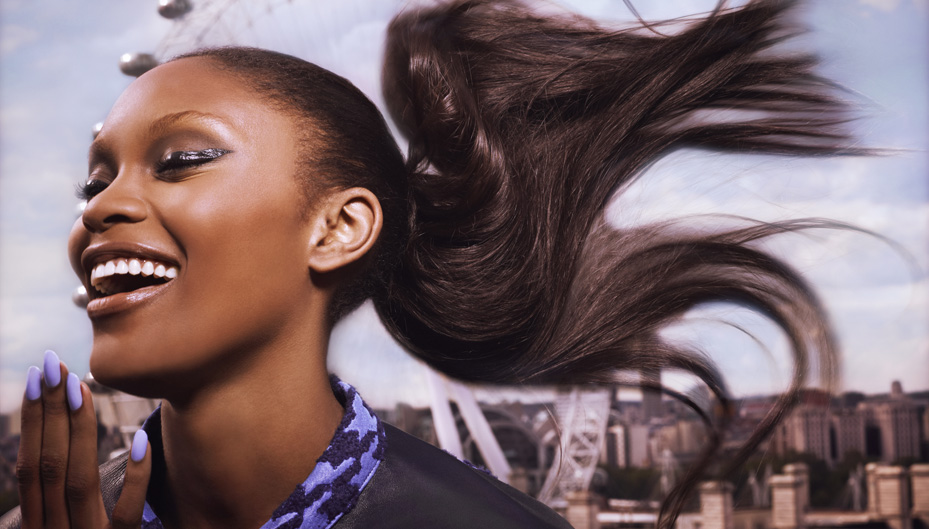 Profile on the career and the style of Camille Perry, Senior Dress Buyer at Topshop. 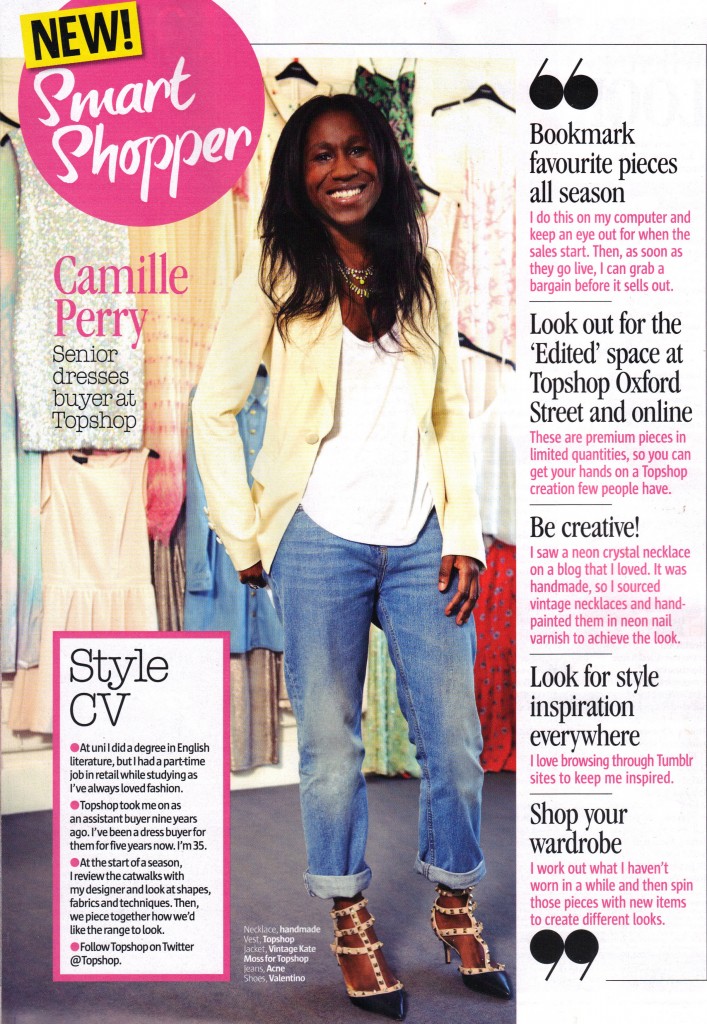 Another nod to the city of London – this time the focus is the impending Olympic Games!!  John Lewis is the official department store of the Olympic Games and although this is very much a commercial partnership, this issue of Edition magazine was not overly product focused nor was it gimmicky.  The Edition team really do produce a quality magazine that is on par with any of the monthly glossies.

The fashion story, like the Stylist features, features the most icon landmarks and symbols of London.

Indian born model Smita Lasrado (IMG Models) has walked the catwalks of the world and has graced the covers of magazines such as Indian Elle and Marie Claire. 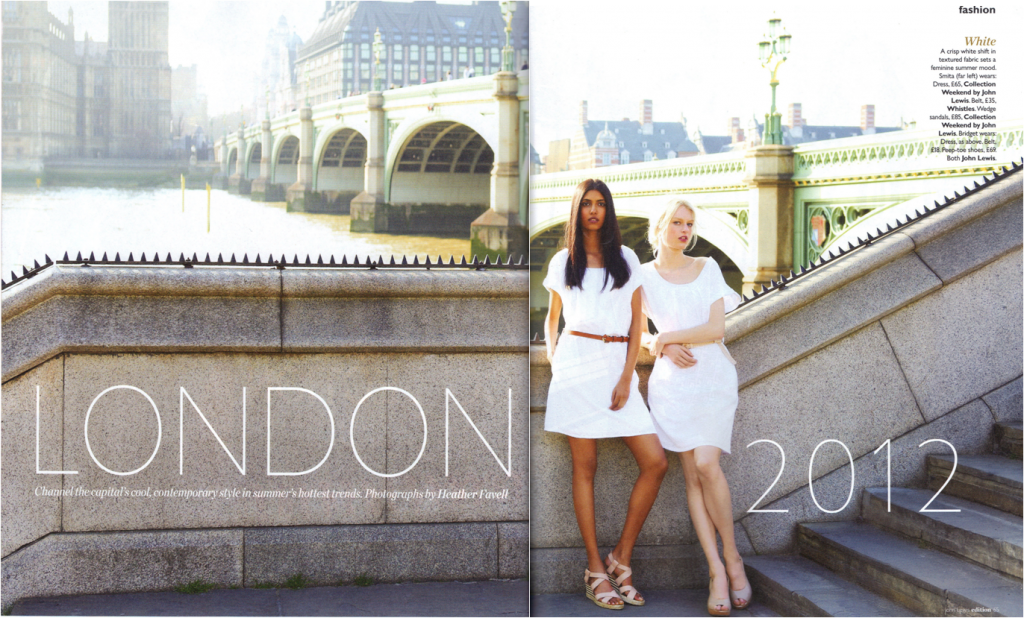 At 5’11, Smita demonstrates that tall girls can still have curves! 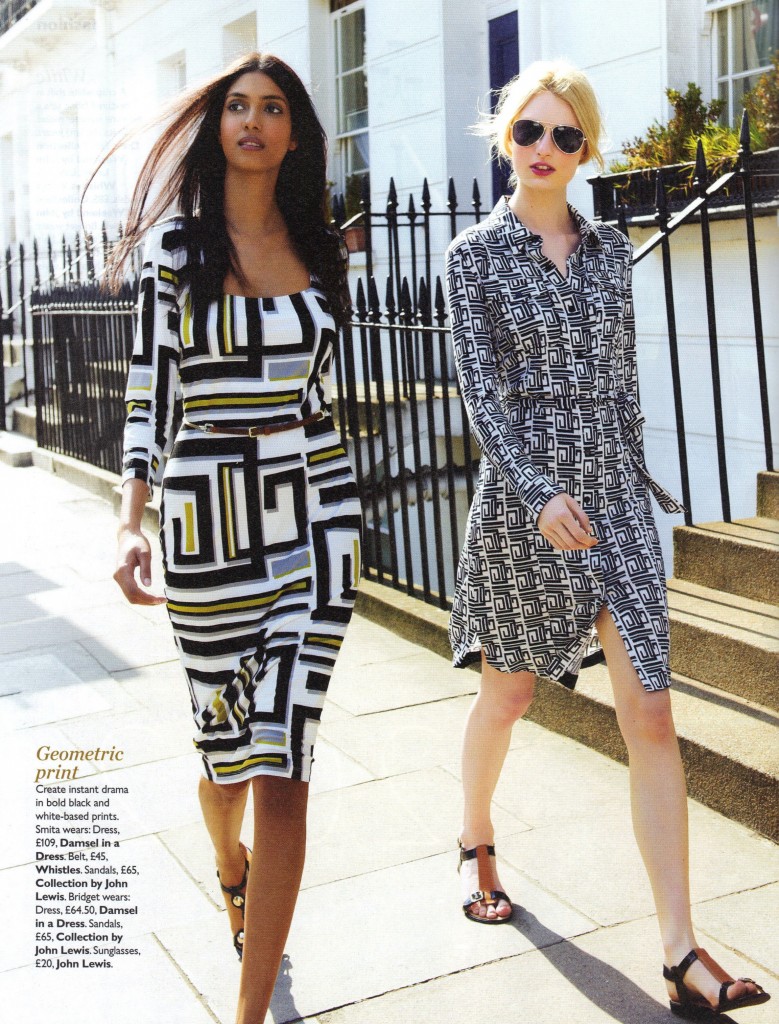 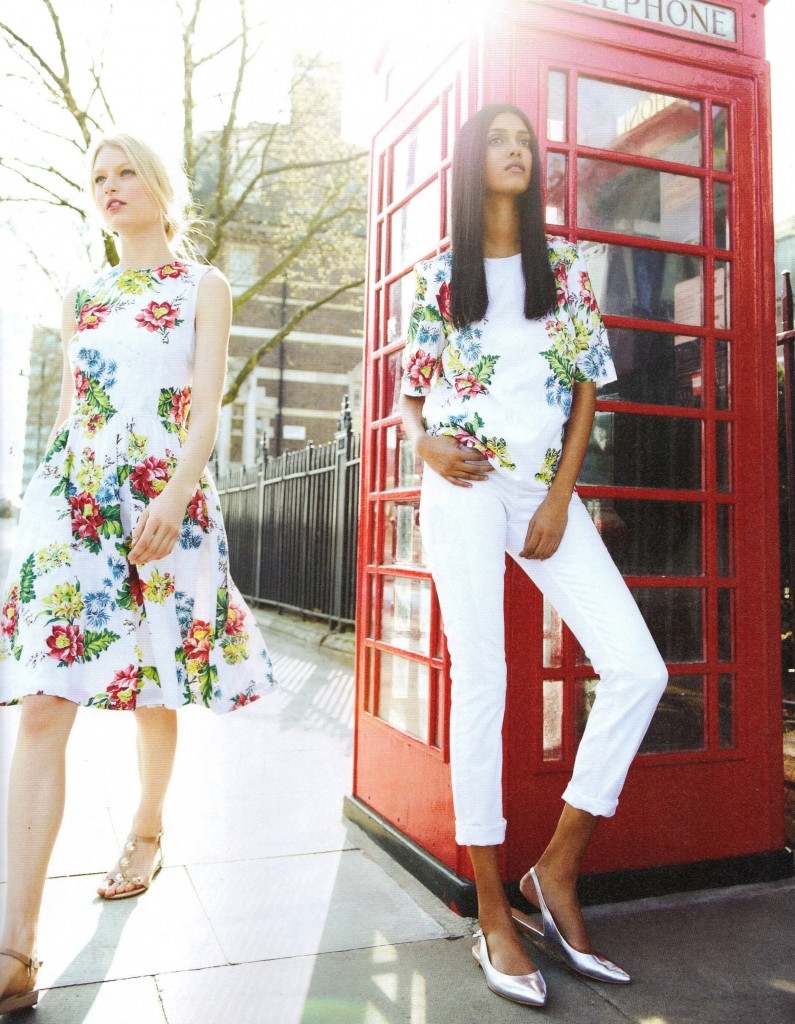 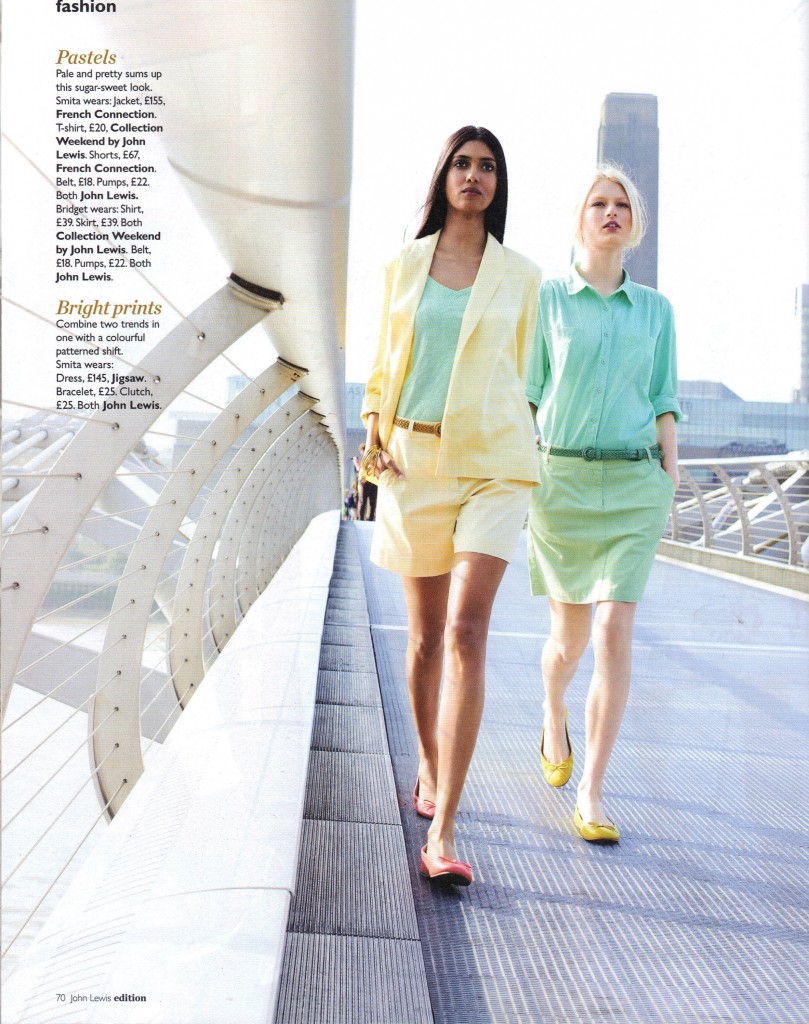 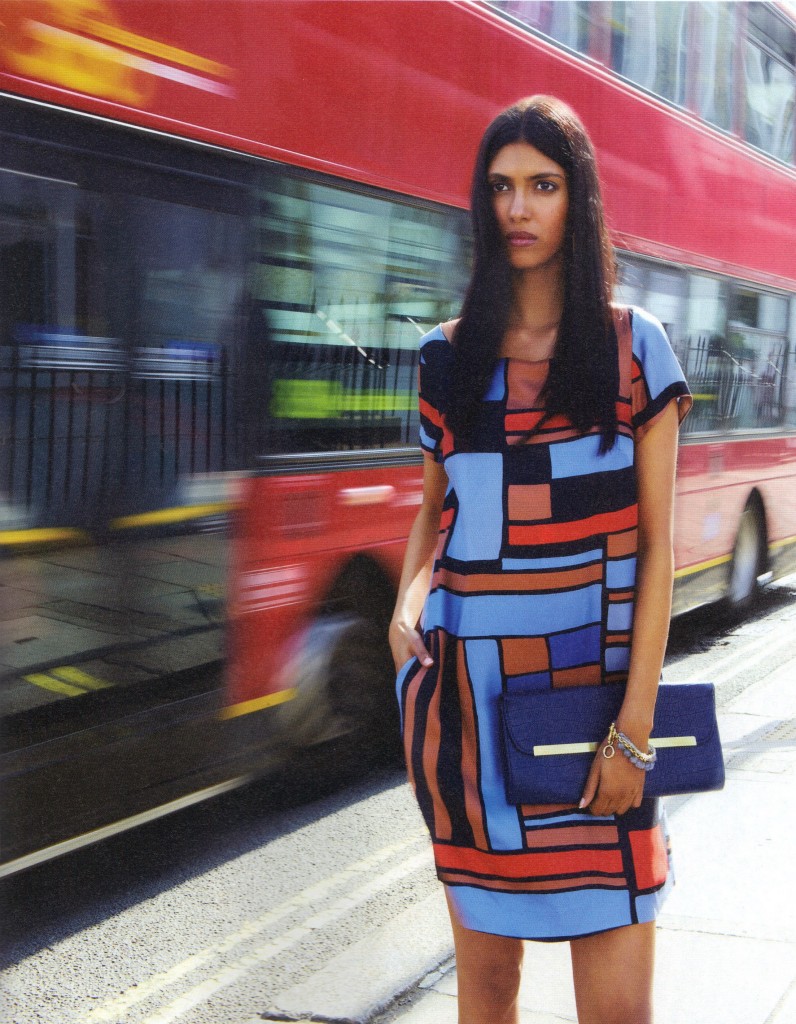 East Londoner Perri – Shakes-Drayton (400m hurdles) talks to ES magazine about her Olympic dreams – and teaching Will Smith how to hurdle! 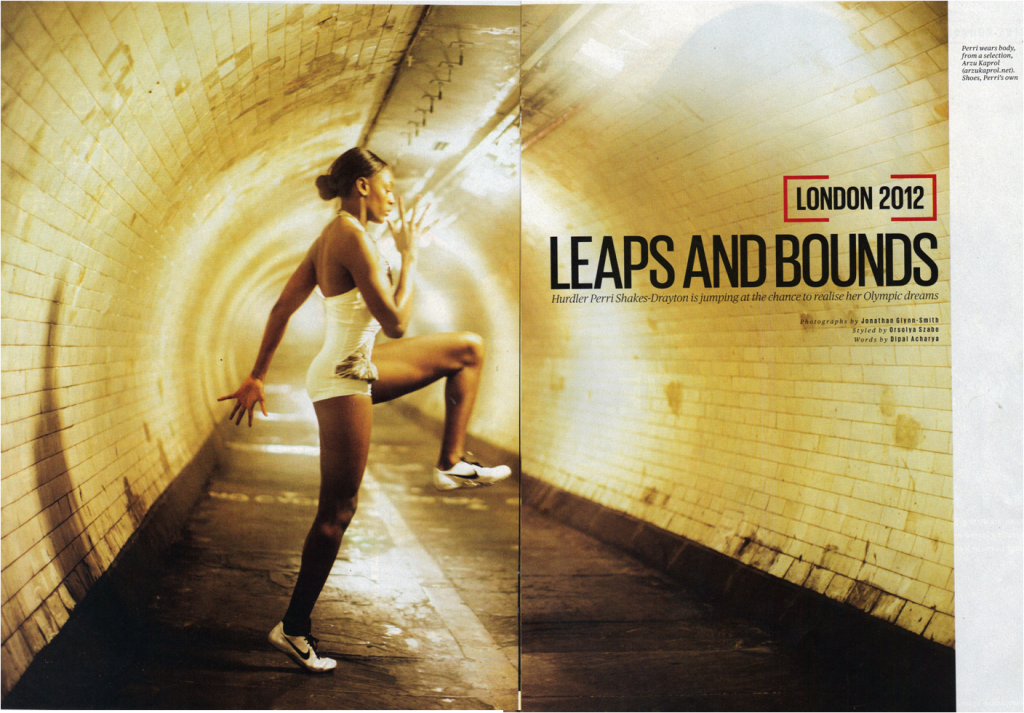 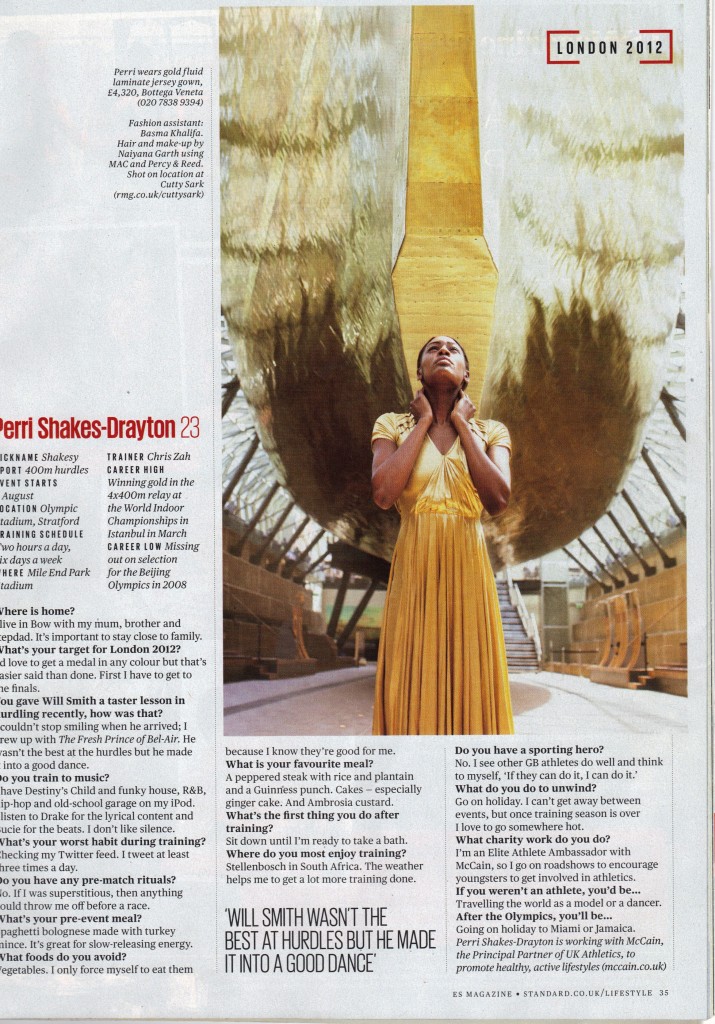 6 comments for “Jubilee!! British Black Beauty and Style in June”