I always look forward to the announcement of the new Pantone shade for the year, as it inspires me to create a new Pinterest board in celebration of the shade and all things #brownbeauty.

I have been creating such boards since 2013 and each year I revel in how each pin culminates in a collection that showcases how delectable the new shade looks against a darker skin tone.
This year, the Pantone Color Institute introduced Greenery (Pantone 15-0343) as the Color of the Year for 2017, which the organisation describes as;

“A refreshing and revitalising shade… symbolic of new beginnings. Greenery is a fresh and zesty yellow-green shade that evokes the first days of spring when nature’s greens revive, restore and renew. Illustrative of flourishing foliage and the lushness of the great outdoors, the fortifying attributes of Greenery signals consumers to take a deep breath, oxygenate and reinvigorate.”

PANTONE 15-0343 #Greenery is the PANTONE #coloroftheyear2017 selection A fresh and zesty yellow-green shade that evokes the first days of spring when nature’s greens revive, restore and renew, #Greenery symbolizes the reconnection we seek with nature, one another and a larger purpose amid a complex social and political landscape.

I must admit, the shade did inspire a feeling of the open air and a spring afternoon on me and left me longing for the first glimpses of summer and the lush hue of freshly cut grass! As I started to search for images to create my 2017 Pinterest collection, I was incessantly drawn to the eclectic patterns of African wax prints and fashions. The greens featured in such prints pop with vibrancy and I decided to celebrate the beauty of these prints and the fashions (and items for the home) that are created to exhibit them. My Pinterest board can be viewed below.

African Wax print or ‘Ankara’ is a cotton fabric that is synonymous with the fashions of the continent of Africa – in particular West Africa. This association is by no means an accident. The popularity of the fabric in West Africa is tied to a colonial and post-colonial history. These ‘African’ prints are actually of European origin, formally known as Dutch wax prints.

Views differ as to how these prints entered the West African market. One view is that in the late 1800s, Dutch freighters on their way to Indonesia stocked with their machine-made textiles stopped at various African ports, and subsequently an African client base grew. Another suggestion is that the Dutch wax fabrics did not do as well as expected in the Indonesian market due, in part because of economic restrictions imposed on the sale of foreign textiles at the beginning of the 20th century to protect locally made textiles. 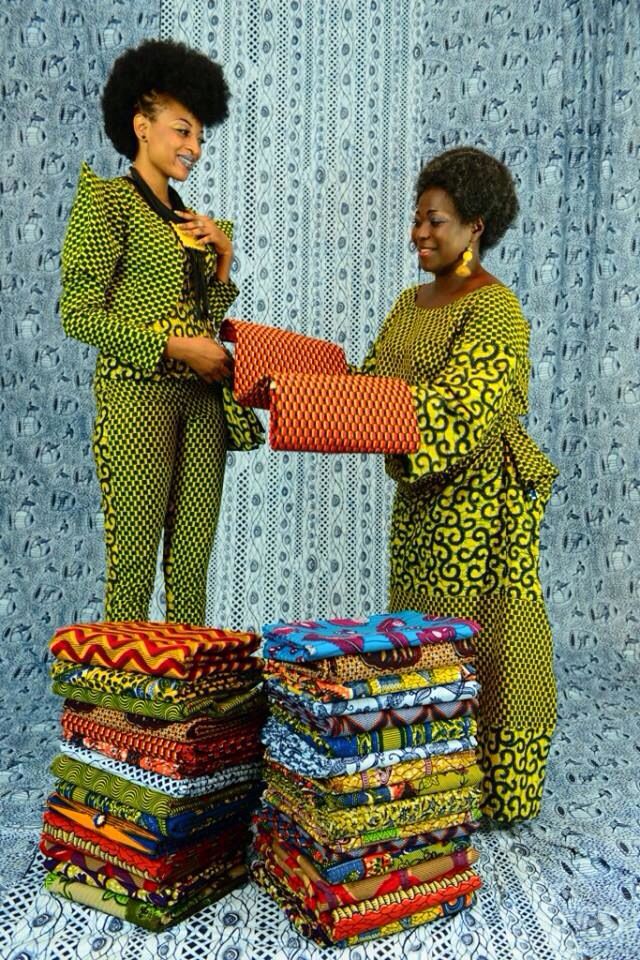 Subsequently, the distinctive designs and motifs became extremely popular in the region and were used to confer a visual identity for the differing tribes and to express individual style.

Ghana is home to several fine and high quality wax print manufacturers including Woodin, a subsidiary of Holland’s Vlisco and ATL which is a subsidiary of Manchester-based ABC textiles. Thus, despite not being ‘authentically’ African, these prints are very much a part of the tapestry of African culture which is recognised as such across the globe.

It is also great to see the British-African diaspora utilise these prints to serve this global market.

I will be incorporating more ankara into my wardrobe this year (I fell in love with my wax print head wraps in 2016!), and I am sure there will be a splash of Greenery in the colour palette!