I hope all is well. Due a a crazy schedule over the past few weeks – which included a move to a new flat, I have been slacking on the posts…please forgive me!

As as result of being busy, I have only just had the chance to catch up and read Stylist magazine’s interview with Naomi Campbell written by the entertainment editor Lyndsey Gilmour – which was published a couple of weeks ago. 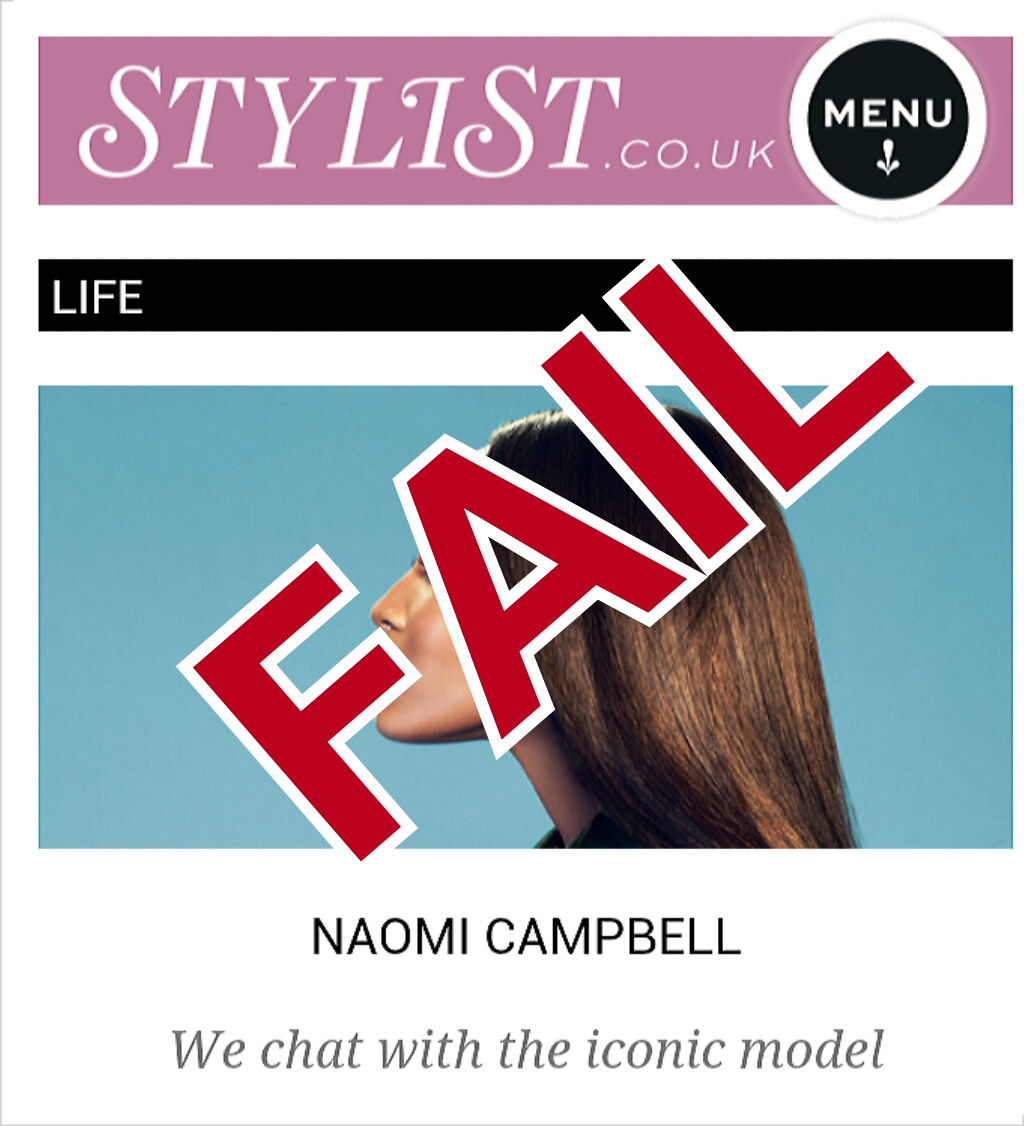 I was so disappointed with interview that I had to write a response – because once again, it is a prime example of how Black woman are surreptitiously maligned by the mainstream media and constantly portrayed in negative light.

Umnmmm…I am just catching up on the @StylistMagazine interview with @NaomiCampbell ..SO disappointed with the result…

…is @NaomiCampbell the only celebrity to cancel a shoot @StylistMagazine ? Was she ever going to be given a fair, impartial hearing?

Naomi Campbell, the British born supermodel, whose 27 year modelling career has stood the test of time, has a notorious past – something that she has publicly recognised and for which she has faced the consequences and paid the penalties in full.

She is indeed no angel and some of her past behaviour has been down right despicable…yet Naomi cannot seem to be absolved of this past and the media invariably confront her with underhand and disparaging references to her character, labelling her as “fiery”, “feisty”, “difficult” and a “diva”… 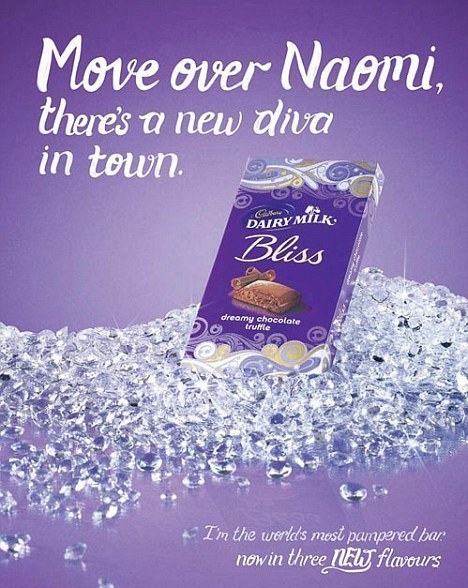 The controversial Cadbury’s advert, that was withdrawn by the company last year, describes Naomi as a ‘diva’

… despite the fact that her peers within the fashion industry constantly come to her defence and she is still in high demand to grace the pages and the covers of the heavyweight glossy magazines. 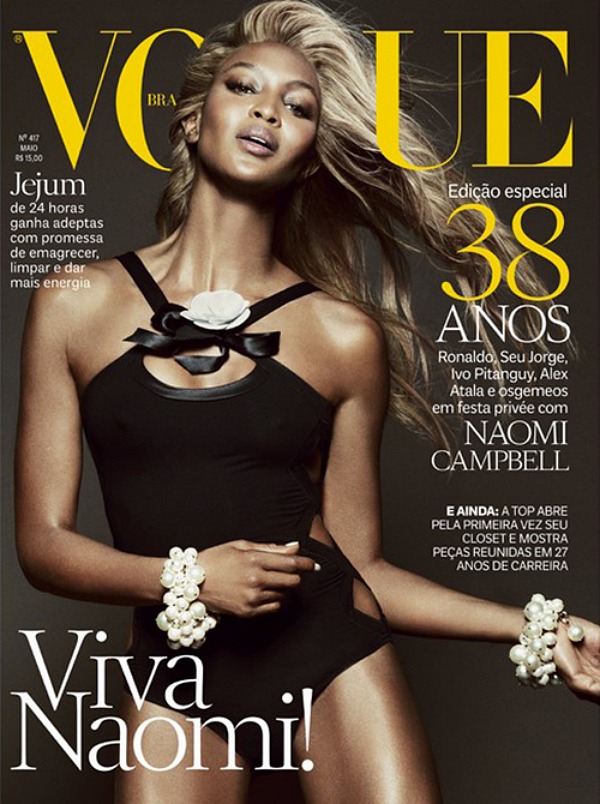 I love reading Stylist magazine, I have mentioned the magazine in my blog on a number of occasions and I hailed the beauty editorial team for the publication of Anita Bhagwandas’ candid report on the challenges that women of colour face when purchasing suitable beauty products.

The magazine usually champions the valuable and often unsung contribution that women make to society and this is one if its main attraction. I also value the intelligent, inspirational content which manages strikes the right balance between current affairs, business and career advice, lifestyle issues and fashion and beauty news, making it a wholly holistic and thoroughly enjoyable read – so I found the Naomi interview to be incongruous, akin to what I would expect from the Daily Mail and NOT my beloved Stylist. It felt like being betrayed by a close friend – after finding out how she REALLY felt about you.

It was dispiriting to read yet another article describing a Black woman as ‘intimidating’.

This choice of word is all too often assigned to Black women, thus perpetuating deeply held and ingrained beliefs that cause us to be subconsciously pre-judged by many in society.

The headline below is a case in point…

Jess Cartner-Morley’s piece was meant to highlight the athletic prowess and domination of Richard-Ross – but I found the ascribing of the word ‘intimidating’ to her appearance and choice of hairstyle and accessories, rather than to describe her sporting achievements and physicality somewhat condescending.

It was also sad to see that due to the one-sided presentation of Naomi in the Stylist article, a reader commented that Naomi came across as a bully.

I cannot see how one can conclude that Naomi displayed bullying behaviour during the interview. Once again, when a Black woman is confident, self assured and not afraid to communicate this, she is often branded as a bully…

Wrongly accused of bullying her fellow contestants backstage during the 2011 season by judges Tulisa Contostavlos and Louis Walsh (comments which they later retracted), Misha NEVER recovered from the slur and her popularity waned until she finally left the competition.

Terms such as these – “bully”, “aggressive”, “angry” and “scary” are perpetually pinned on Black women, irrespective of her social status, level of education or the valid contribution she is making to society.

Where was the balance in this article? How comes Gilmour failed to ask Campbell to talk more about her stellar career, which begun at the tender age of 15, especially since the magazine stated that they had been trying to secure an interview with Naomi for some time? It was a shame that not one of Naomi’s incredible triumphs over overt racial discrimination was mentioned. In December 1987, Naomi appeared on the cover of British Vogue, as the publication’s first black cover girl since 1966. In August 1988, she became the first black model to appear on the cover of French Vogue, after her friend and mentor, the late designer Yves St. Laurent, threatened to withdraw his advertising from the magazine if it continued to refuse to place black models on its cover. 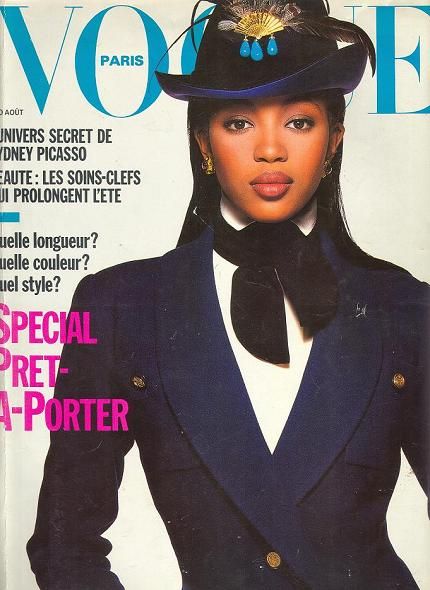 The following year, she appeared on the cover of American Vogue, which marked the first time a black model graced the front of the September issue, traditionally the year’s biggest and most important issue…and the list of her accomplishments go on.

In the last month, Naomi took a public stand against the lack of diversity and the absence of models of colour from the catwalks of leading designers, along side her fellow models Iman and Bethann Hardison. The models wrote to the four prominent fashion councils, highlighting the cause and demanding change. This notable stance also failed to make it into the article.

Did you read the Stylist interview? What were your thoughts?
I would love to hear your thoughts, so please leave me a comment below.

← The War on Your Wardrobe!
#blackbritish #bbloggers reign at the 7th annual @PRECIOUS_Awards →