It is officially Autumn (or Fall for my US followers!), the evenings are getting longer, the weather is transitioning –  ushering in the new season! 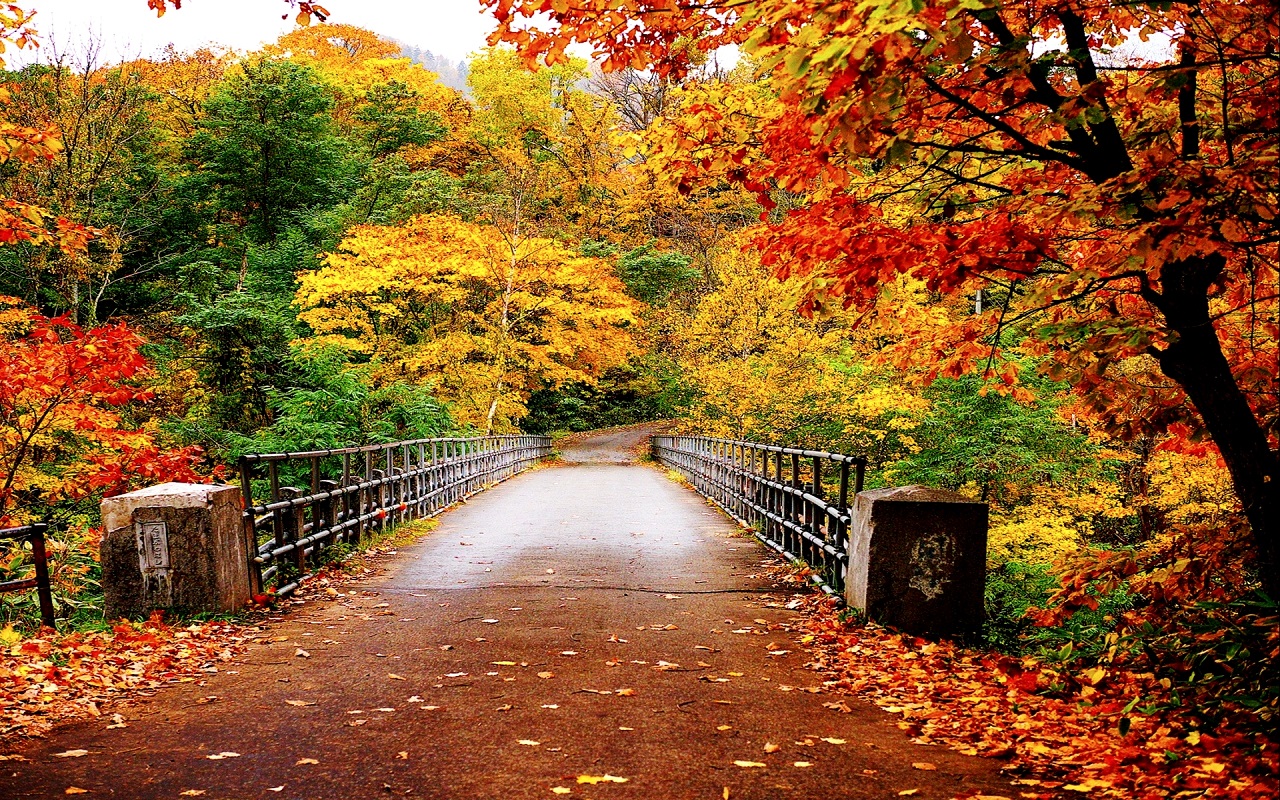 Now is time to also refresh ones wardrobe, updating it with items to carry us through the colder climes!

Be inspired by the new season campaigns! As I prepared to write this post I was extremely bouyed by the number of fashion campaigns – both designer and high street – that feature a diverse range of models!  I can really testify to a significant increase since I started my blog in 2011, so much so that I will be splitting my review over 3 posts to showcase the international campaigns, the British brands and the best beauty campaigns!

Here a review of a selection of the International campaigns!

Binx Walton for Chanel. Photographed by Karl Largerfeld.
Shot in a boxing ring by none other than Karl Lagerfeld himself, the campaign showcases luxe dreadlocks threaded with tweed, with the most sought-after trainers of the season! 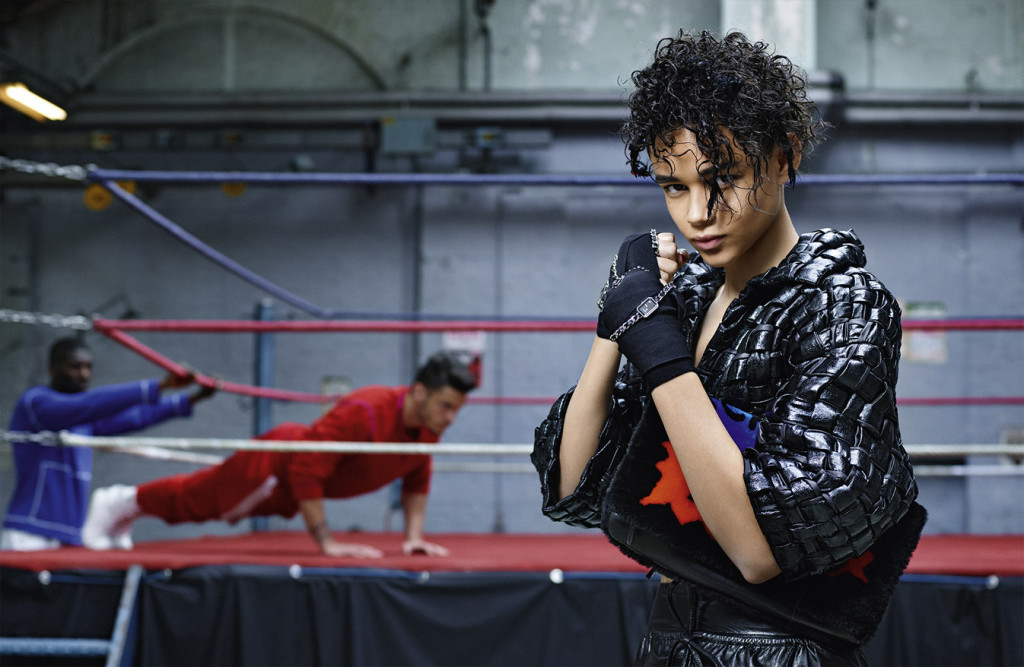 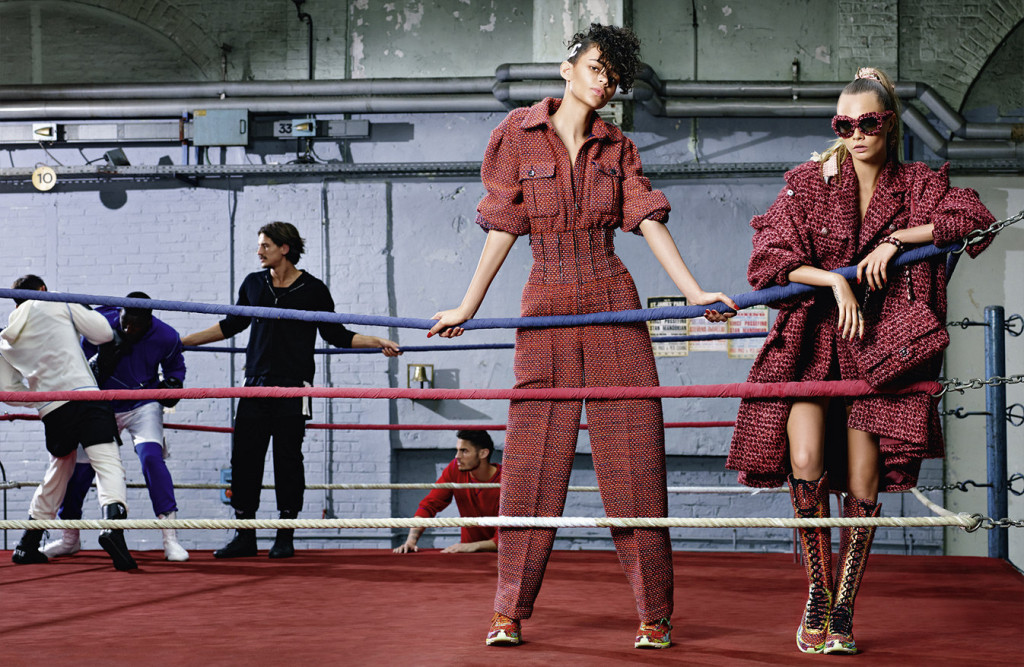 Rita Ora and a host of other ‘real New Yorkers’ star in DKNY’s latest fashion campaign. Photographed by Lachlann Bailey.

Ora poses alongside the city’s downtown scene-stealers including high fashion models like Soo Joo Park and music figures such as rapper A$AP Illz. 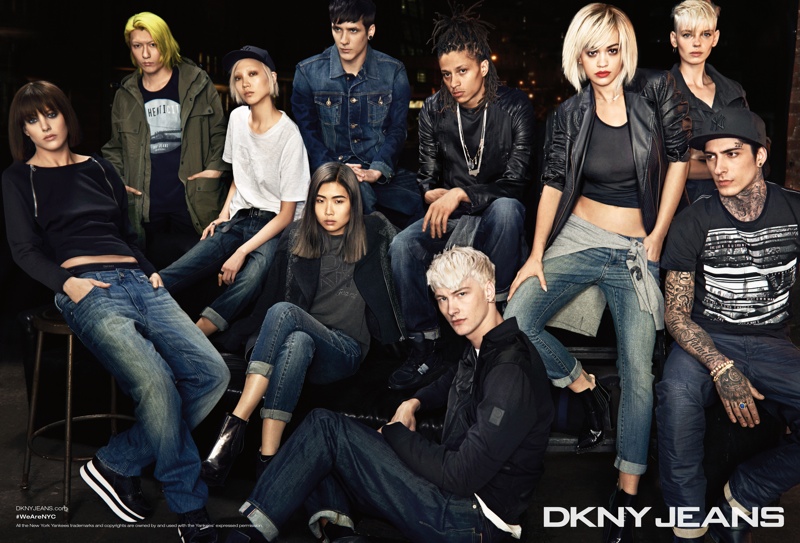 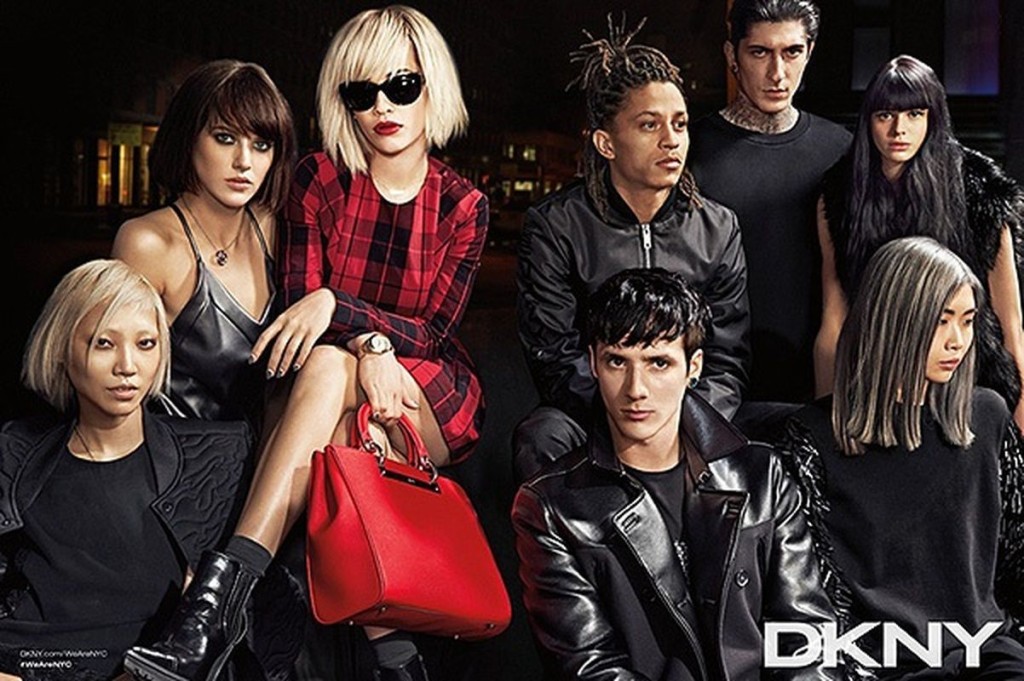 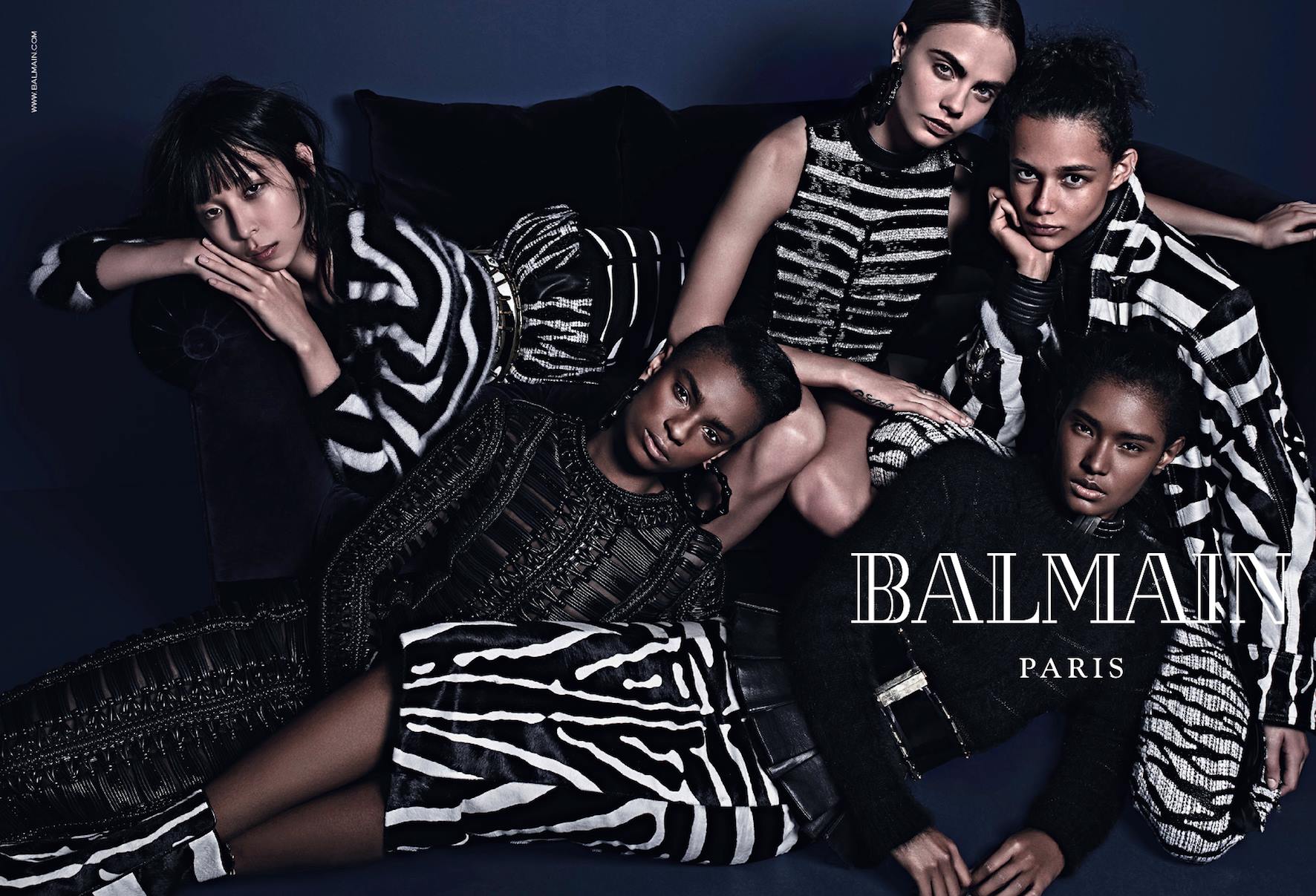 He told WWD that this reflects the reality of modern cities such as Paris as well as his own personal situation – being “a black boy in a really important French [fashion] house.” 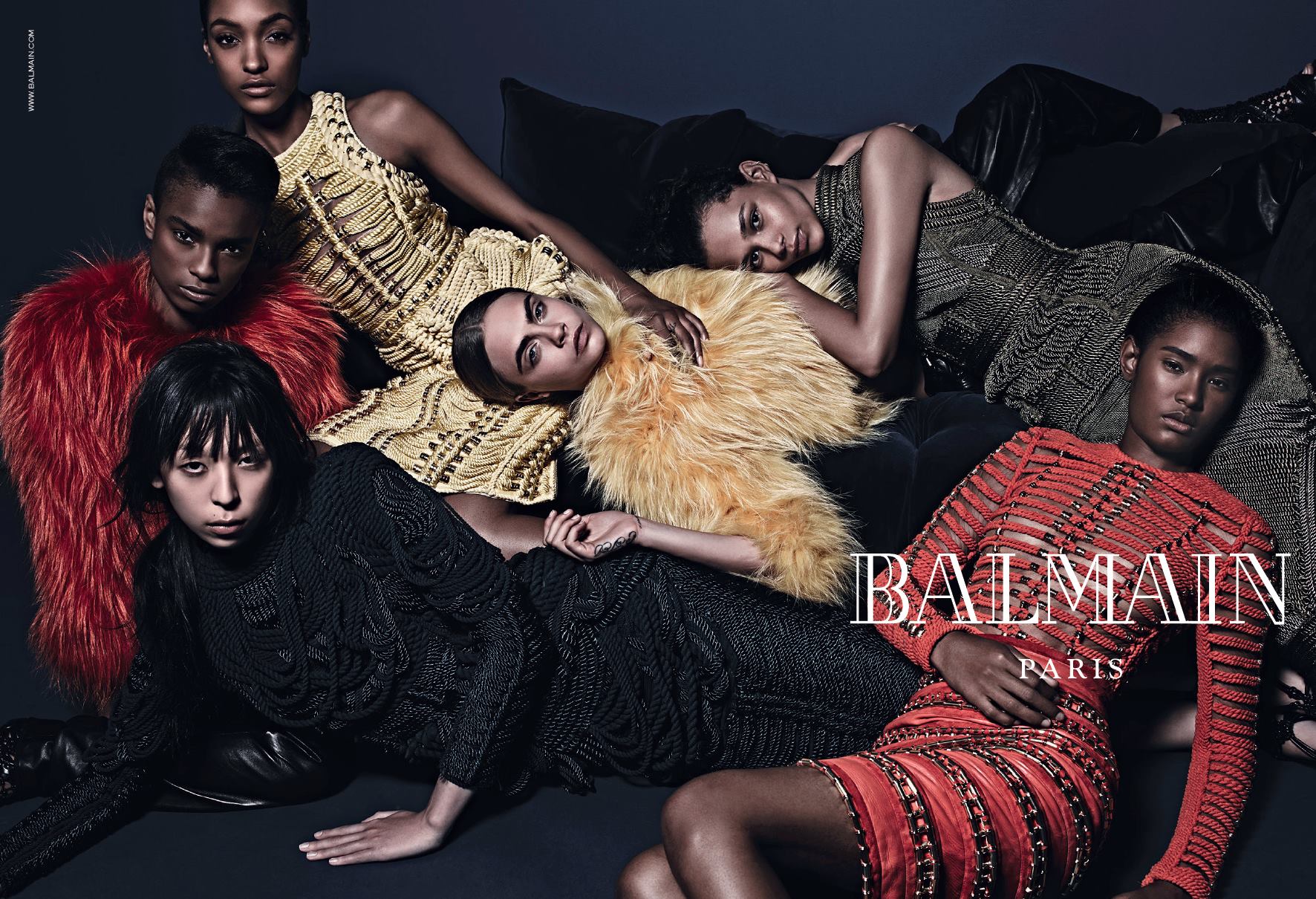 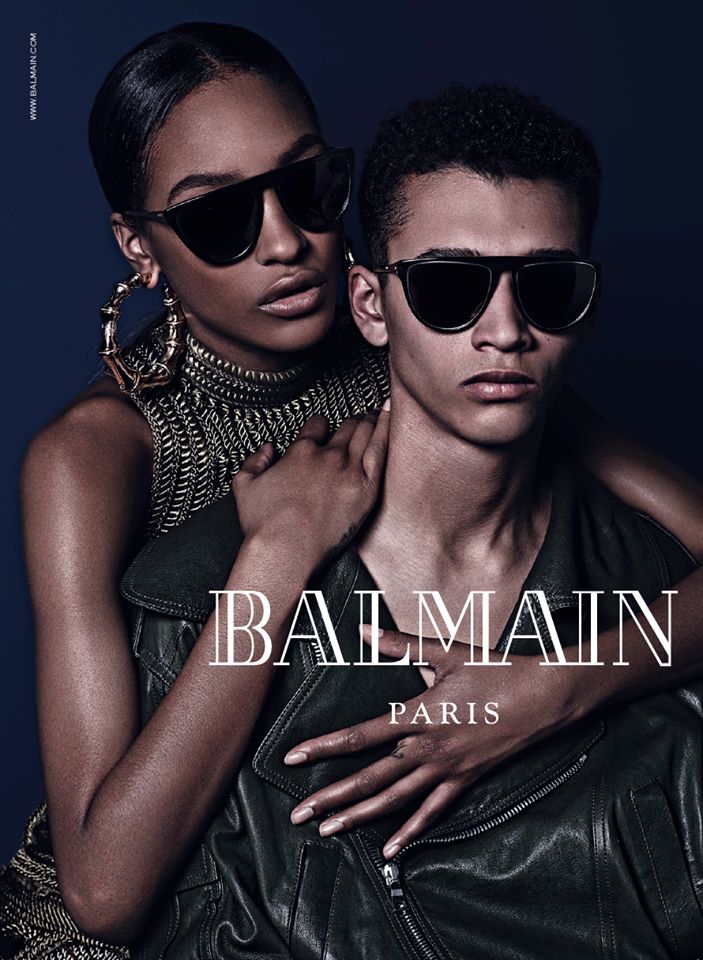 Pieces from the collection were worn in the now famous shoot for the September ’14 issue of W Magazine featuring Iman, Naomi Campbell and Rhianna! The feature set my Twitter and Instagram feeds on FIRE!! The beauty of these women was duly and wholeheartedly celebrated!

#Rihanna, #Naomi and #Iman could be mistaken for sisters as they pose for #Balmain's collection in #WMagazine. pic.twitter.com/RMSO9NDAqC

Is it #wcw yet??? This spread in W magazine is perfection. #slayage #Iman #Rihanna #Naomi #Balmain #WMagazine pic.twitter.com/CZN86T6Ojp 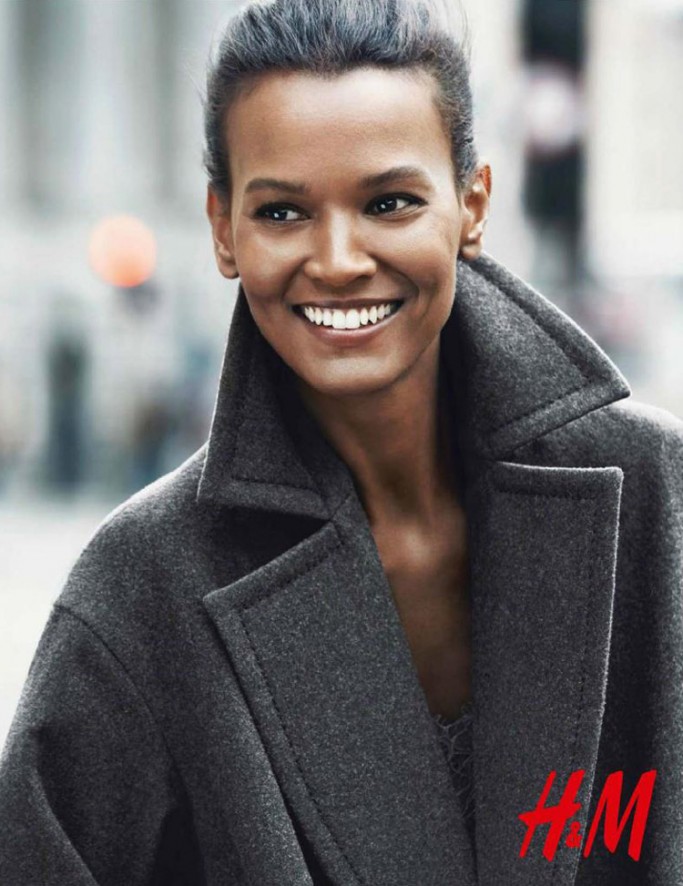 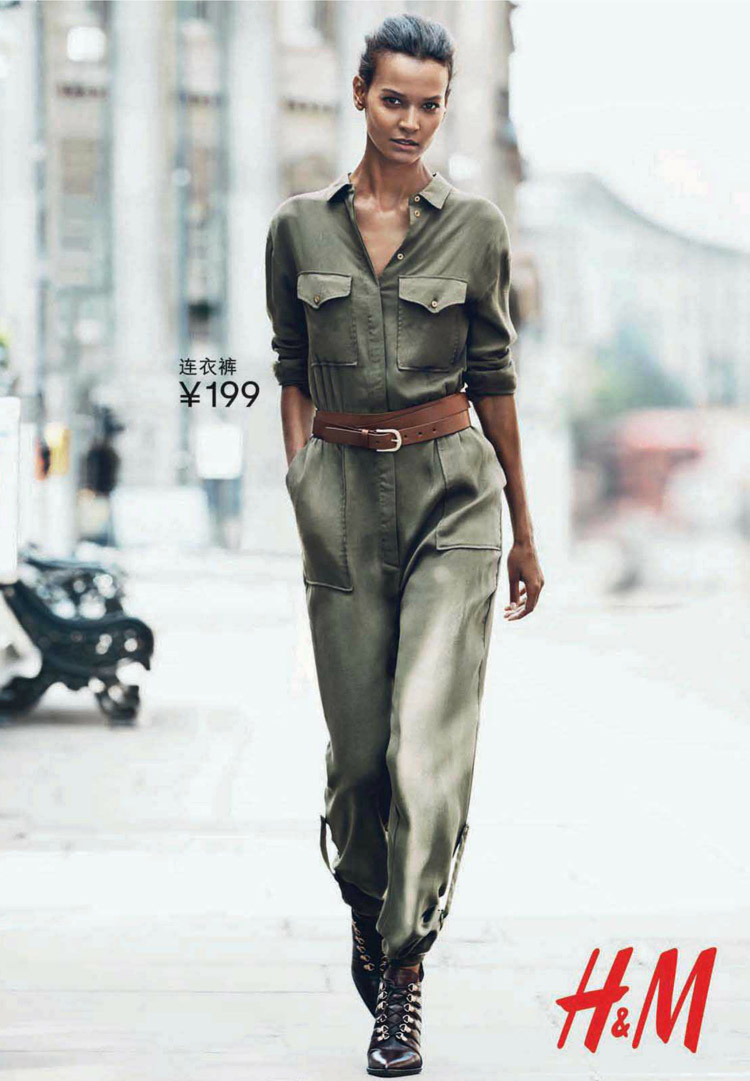 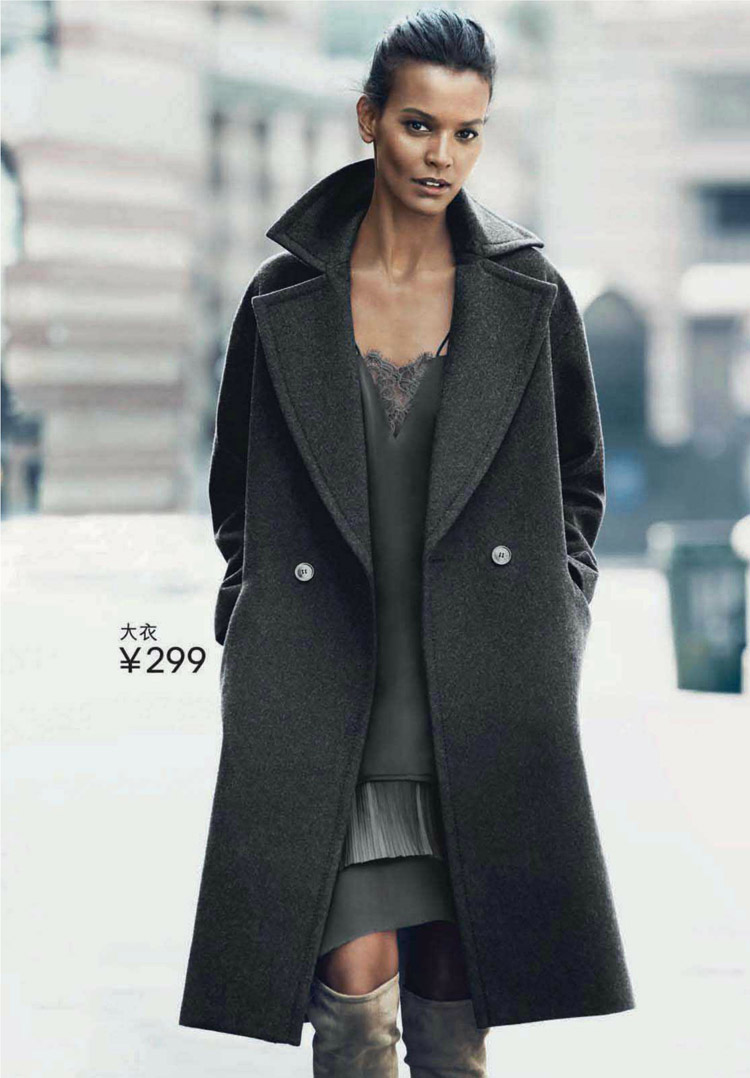 The delectable Tom Ford (the man and the brand!) continues to lead the way with diverse campaigns! 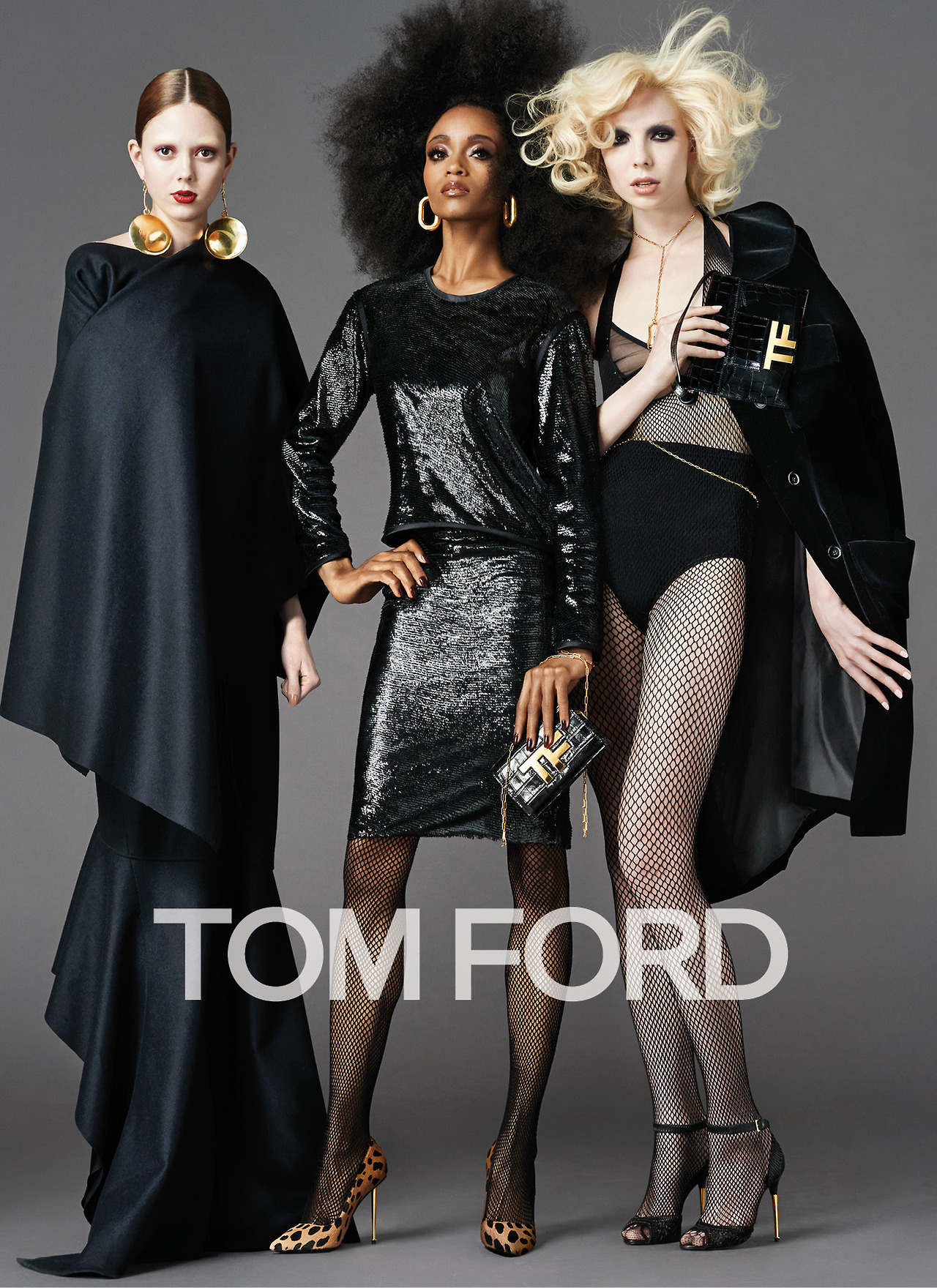 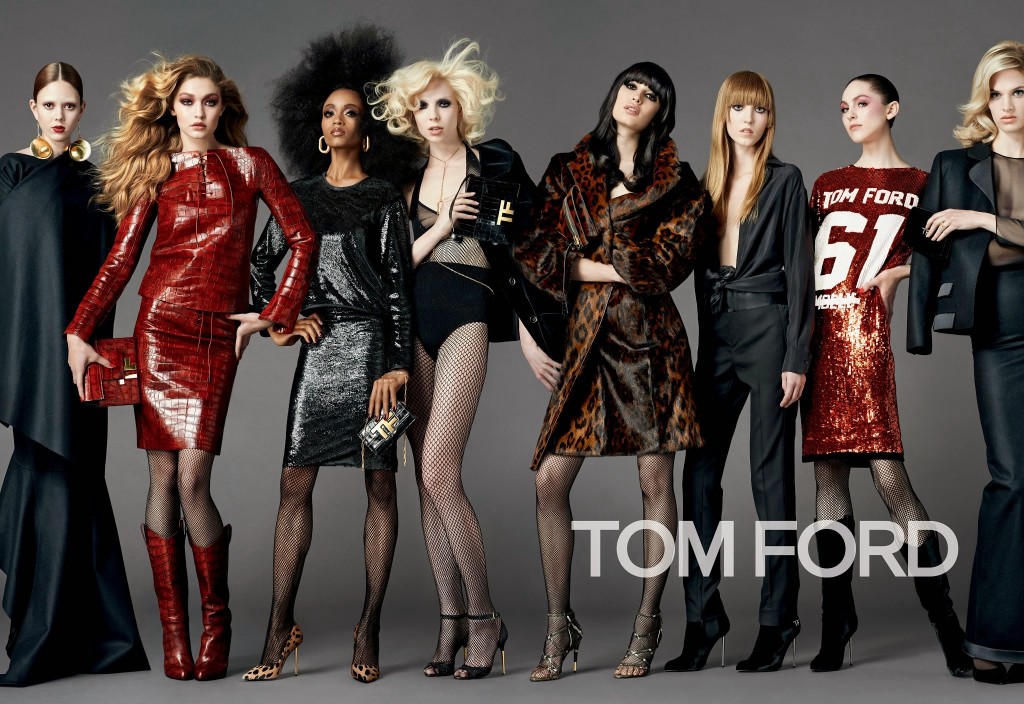 Rita Ora scores another campaign this season featuring as the face of the Roberto Cavalli AW 14 collection. I love the throw back to the old school, 1030’s, high octane, glamour. Rita looks exquisite! 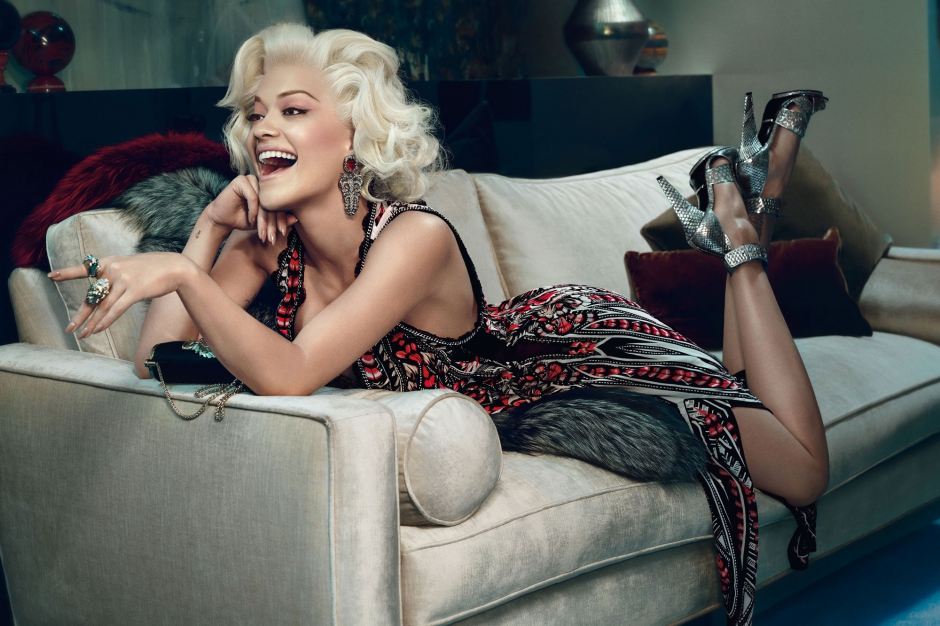 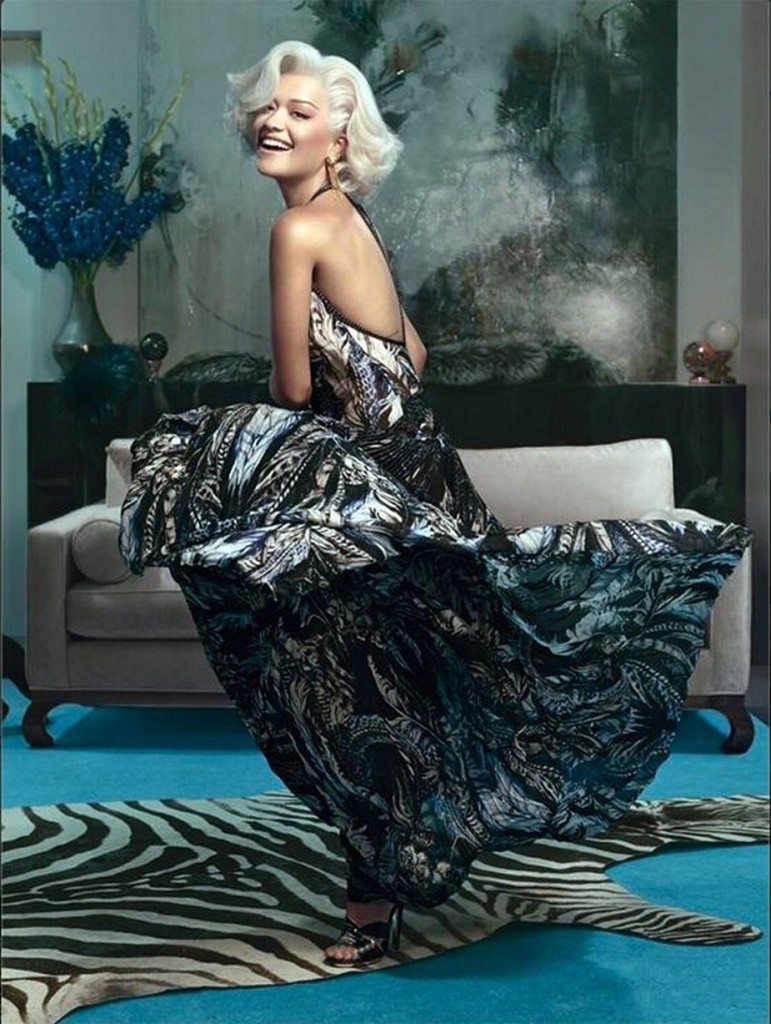 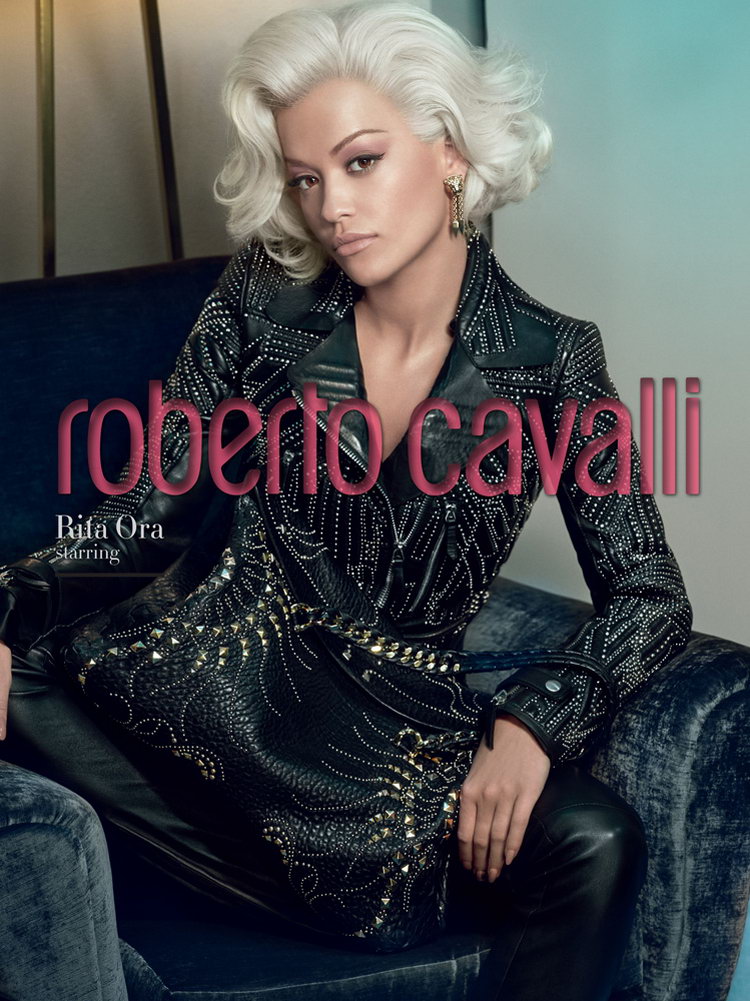 ← BPL Talks: Her-story, His-story, Our story – Black History Month at @UCL with @UCLU_BMESO
Mind Your Own Business Series: Tiara Young, Model and face of Charlotte Tilbury (@CTilburyMakeup) and a review of the Light Wonder Foundation in shade 10 →

5 comments for “New Season #brownbeauty! A review of the AW14 campaigns: Part 1!”