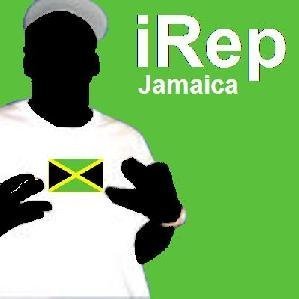 I am sure that most of you who have been following my blog and my tweets know that apart from being very proud to be British, I am also extremely proud of my Jamaican heritage and if there is any year to be proud to be Jamaican it is this year – Jamaica is celebrating 50 years of independence this year, the nation is bound to be celebrating certain victory in the Olympic Games 100 and 200 m mens finals and just recently, Jamaica hosted a celebration of the best of Caribbean fashion.

Caribbean Fashion Week took place earlier this month, but as I mentioned in my last post, I have been really busy, so I didn’t get a chance to cover it…now of course, I didn’t want you all to miss out and what was a spectacular event so please do sit back and enjoy this guest post by the lovely Louisa K aka Afro Blush.  Her coverage of the event is supurb, so do make sure that you follow her blog and her tweets for more of the same high quality content!

“What I would have given to attend Caribbean Fashion Week, which took place in Kingston, Jamaica, June-7-11.” 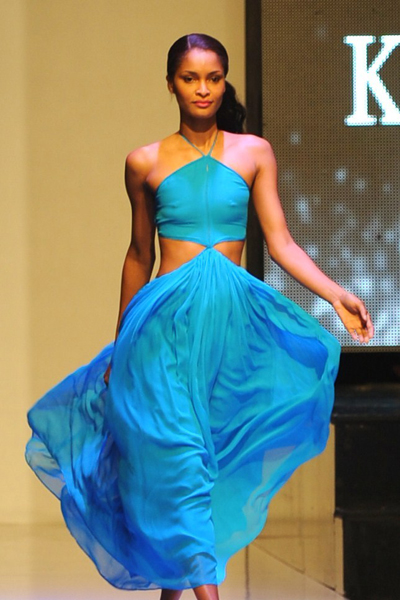 Although it’s been a few weeks gone, I am still envious about having missed Caribbean Fashion Week.

Where does my envy start? 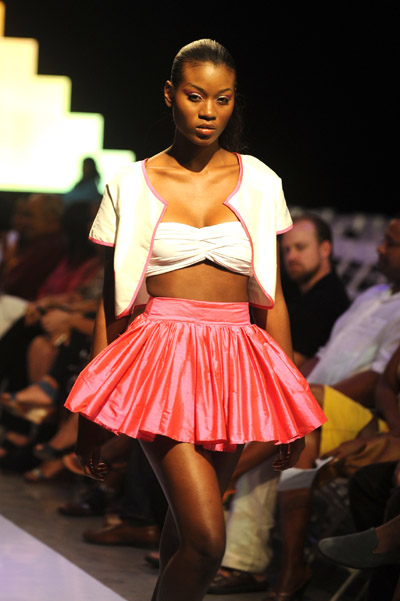 It wasn’t missing an amazing performance by Grammy award winning UK songstress Estelle or mingling with the likes of Kelly Rowland, Eve or Nia Long. It was missing out on watching some of the most extraordinary, eccentric and fierce fashion designers showcase their work to the world. Since I saw LaQuan Smith debut his candy collection in Jamaica last year, I have had my ear pressed up on all the upcoming talent set to be coming out of the Islands. I also had the honour of talking about what was in store for CFW this year with some top designers at London Fashion Week AW12 back in February as part of the British Fashion Council’s International Showcase.  Since its inception in 2001, Caribbean Fashion Week has been the main catalyst for Caribbean fashion industry development. The ambitious event has brought the world of fashion to the region, as it seeks to focus international attention on what the Caribbean has to offer, while, at the same time, working with stakeholders to build capacity and generate business for Caribbean stylists.

A plethora of exciting designers from across the Caribbean including Cedella Marley, daughter of reggae legend Bob Marley, who have been busy designing a collection of Jamaica Olympic team gear for Puma, showcased her new swimwear collection High Tide, whilst the talented designer Tigerlily, whose host of celebrity fans include Keira Knightly, previewed their collections to an audience filled with Caribbean fashion industry who’s who and aspiring stylistas.

Other highlights of Caribbean Fashionweek 2012 included supermodel and Karl Lagerfeld muse Jeneil Williams and face of Ralph Lauren Oraine Barrett who recently made a cameo appearance with Rihanna in her ‘ Man down’ video, returning to grace the catwalk. 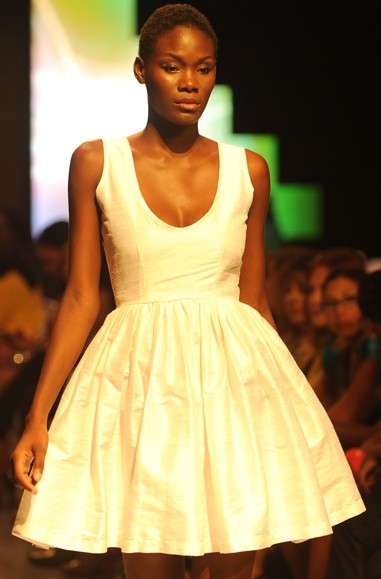 CFW is the largest, most far reaching and strategically important fashion event in the region. Pulse has developed an event of a high international standard to showcase the best of the Caribbean’s designers, as well as other world regarded stylists from various parts of the globe. Approximately 50 designers from 20 countries participated the event this year.In the running up to, and after CFW, designers have been featured in Vogue, The Associated Press, The Independent, The Sunday Times, Fashion TV Paris, Italian Vogue, The Guardian, The New York Times, i-D, The BBC and a host of other media around the world. The event has since received a number of awards and has been recognised by no less an entity than British Vogue, as an important new development in world fashion.

The ChallengeThe challenge remains to effectively assist Caribbean designers in their efforts to build their businesses, so that they can take full advantage of the marketing that the event creates, utilise the experience gained, the international press generated, the buyers’ marketplace provided and the Business Forums presented: in short the full CFW experience. Fashion Week continues this process in 2012 and on wards.

“The Caribbean’s Creative industries are possibly the most significant identifier of the region’s brand and potential on the world stage. If we are to become less susceptible to the economic shocks of the west we must begin to play to our strengths and start to really explore the possibilities our creative industries have for taking real Caribbean excellence to the world. We see our involvement in the expo, as a fantastic opportunity to really put on show some of the many commercially viable business entities and opportunities which the Caribbean has to offer. It will be the place where Brand Caribbean is seen as realistic alternatives to traditional investment instruments.”

The African and Caribbean Business Expo takes place from 4 – 10 August 2012 at the Grosvenor House Hotel on Park Lane sponsored by the Caribbean Export Development Agency (CEDA.)  The event will bring together leaders in business, senior government officials from around the globe and international broadcasting and news outlets, and CEDA will stage several events which showcase the diverse creativity and investment potential for the region. These events include a documentary, Built to Last on fifty years of sporting excellence, a music concert, a fashion show featuring footage from Caribbean Fashion Week in Jamaica, an architecture exhibition at Westminster University and a series of business seminars moderated by Britain’s leading business figures.

I hope to attend the African & Caribbean Business Expo and will be bringing you all back the latest on what’s to come.

I will be going to the Expo too – so if you will also be attending, do say hi!

In the meantime, stay stylish!

← Mind Your Own Business – Charlene Bastien, Marketing Director, Strength of Nature and Co-Creator of the NEW! Beautiful Textures (@lovinmytextures) range
P&G Proud Sponsor of Mums and Rose Kwayke on ‘Raising an Olympian’ →