A couple of Saturdays ago I attended the third Africa Fashion Week London event that took place in the trendy Shoreditch area of London.

I was invited to attend as a guest of Afro and multi-textured hair care brand MIZANI to capture the essence of the ‘backstage buzz’ as the models were prepped for the runway and then watch one of the shows to see the final fashion and beauty looks in all of their glory. Check out my Instagram for the images of the minute by minute transformations.

This was the first time I attended the event, as last year I was in full Olympic Gamesmaker volunteer mode and thus could not make it. I did feature last year’s event on my blog last year – focusing once again on the hair and beauty.

So, how did I find the experience of AFWL 2013? Unfortunately it was somewhat mixed..

The hair and make up looks were particularly strong this year.

Styling over 100 models for the event, the MIZANI team worked hard backstage to produce high fashion looks to accompany the designs that headed down the catwalk. 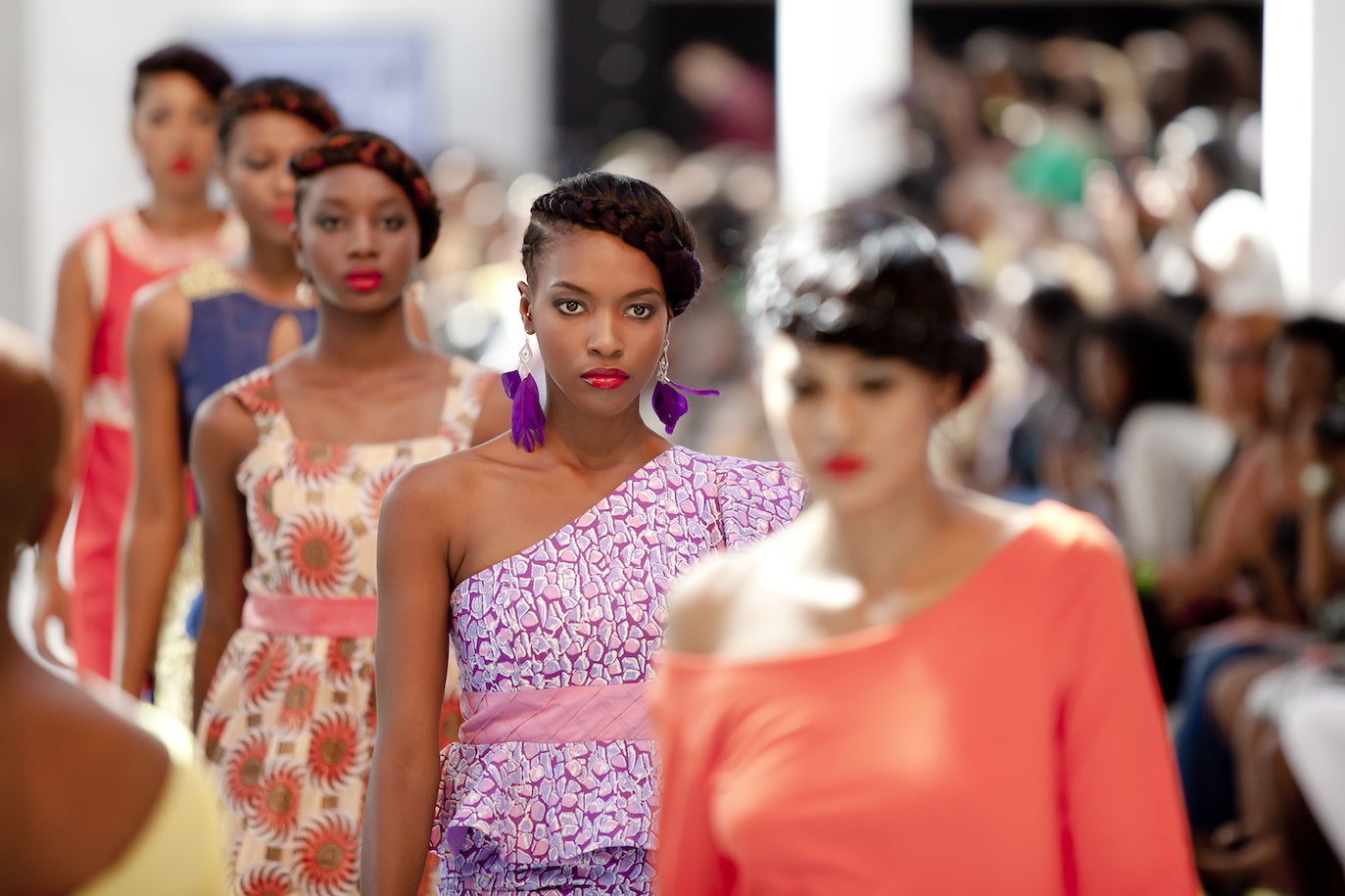 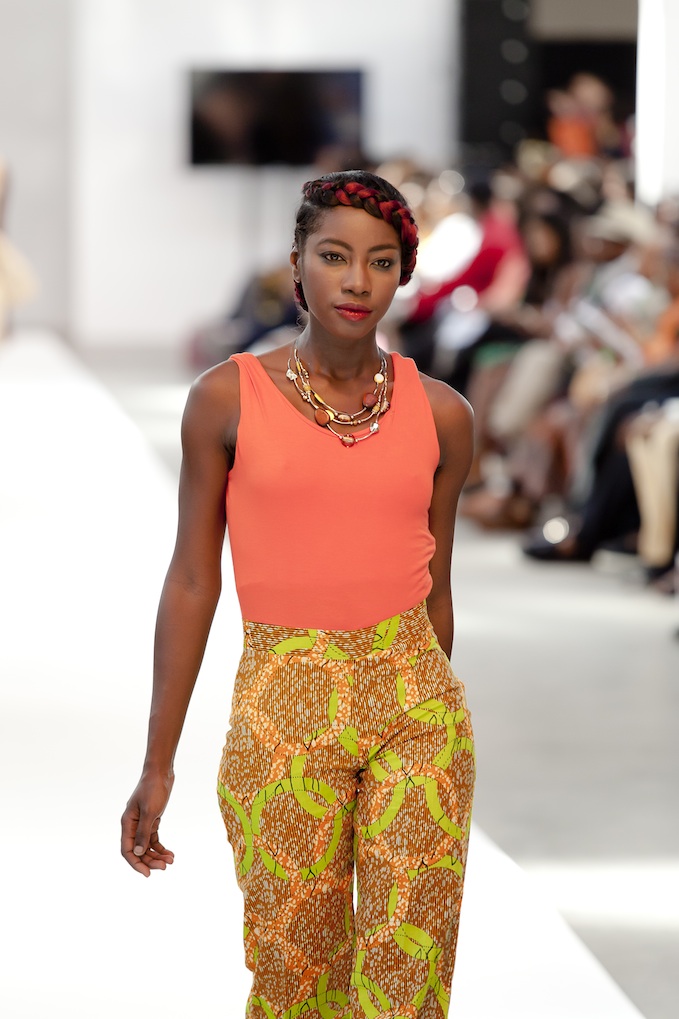 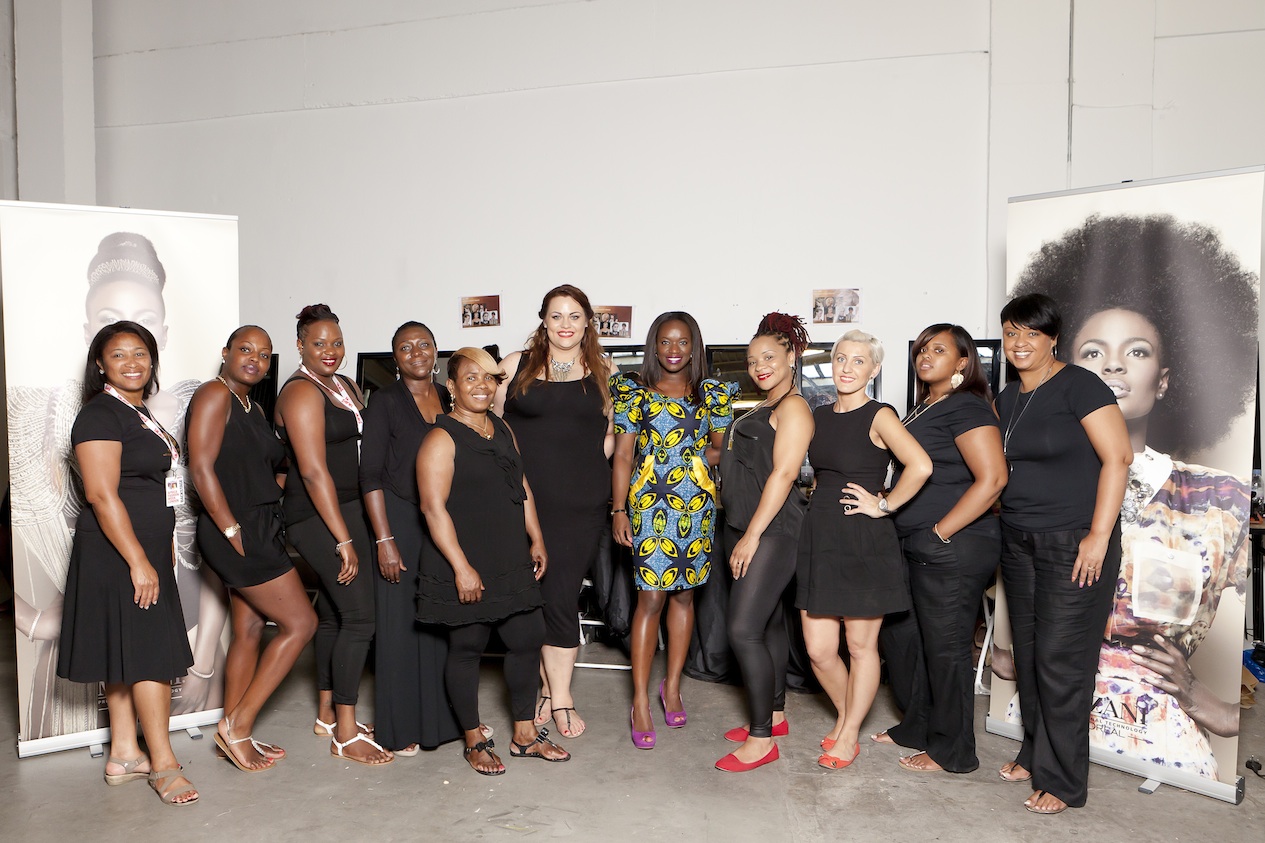 For the final day, the stylists curated an intricate Low Sweeping Statement Braid. Utilising coloured braiding extensions to create the jumbo plaits, this look was impactful yet simple to create and can be easily replicated irrespective of ones hair type – Afro or Caucasian, natural or relaxed – it is a style that worked well on all of the models. 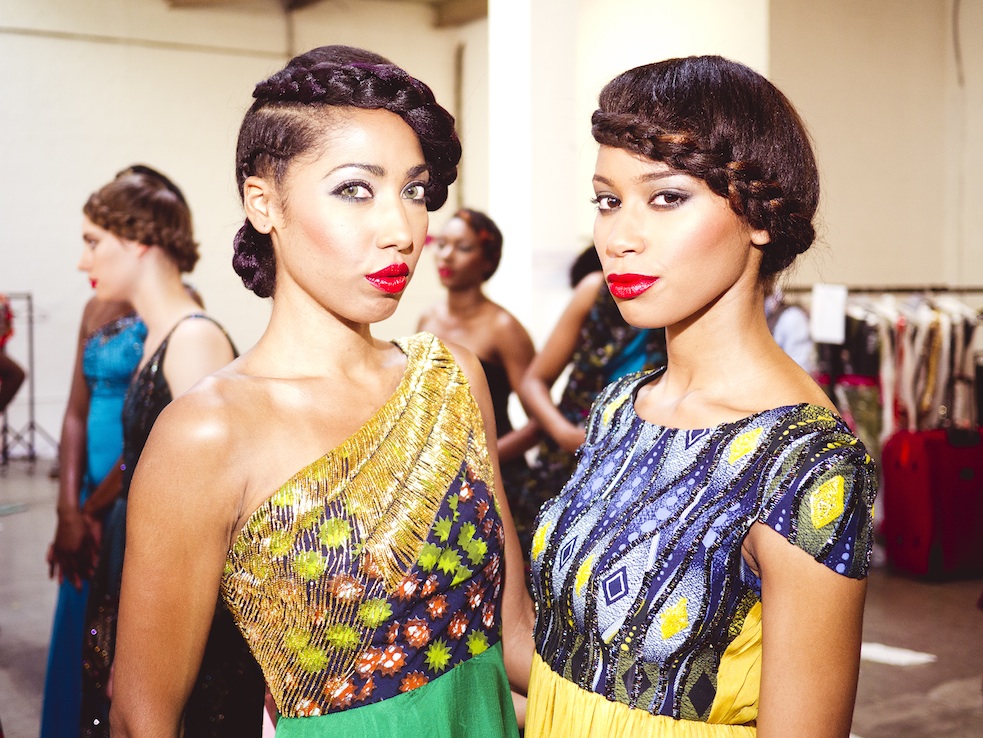 The make-up was provided by the Fashion Fair team which was led by celebrated MUA David Ayo Gorgeous – the classic red lip and accentuated kohl lined eye combination was polished and complemented each of the designer’s collections without vying for too much attention.

As much as I was hoping that the event itself would be a great experience, I have to admit that I had my reservations – I had heard and read a number of blog posts and social media chatter stating that last year’s event had a few hitches (e.g ticketing challenges, press management), but I wanted to visit the show for myself before drawing any final conclusions.

My visit didn’t get of to a good start.

I was invited by the MIZANI team to join them back stage at 11 am, to be able to witness the preparations for the 12.30 pm show that has been advertised.

I duly arrived on time and was seeking where to find the press registration/welcome desk – only to be informed that it had not yet been set up and was not ready for operation and that there were no press passes available.

I managed to locate the MIZANI team anyway and was then informed that the 12:30pm show had been cancelled!!!

This was EXTREMELY annoying to hear, as I had planned my day around attending this particular show and I had made other arrangements for later on in the afternoon. 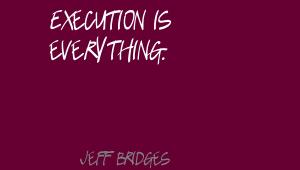 I feel that now the event is in its third year, the overall execution should have been slicker. A prompt start and sticking to the advertised timings are event management basics that need to be adhered too. I didn’t know why the 12:30 pm show was cancelled and to be honest I couldn’t be bothered to find out – I decided to rearrange my plans, cover the MIZANI backstage action and attend the 2:30 pm show instead.

From the official press releases and commentary I have read since the event took place, it seems that the attendance figures have almost halved when compared to last year – which may seem like a death-knell for the event – but personally, I think this may be a blessing in disguise. In my opinion the 2013 venture was too large and because of the scale, the finer details that make a good event a great one were overlooked.

I was also disappointed with the actually dressing of the venue. There was no lighting, not set design or any visual aids to enhance the space in which the event was being held, in order to create the high quality, high fashion feel that one would expect from an event that is looking to match the likes of the London, Paris and New York fashion weeks.

A venue like the Old Truman Brewery – which is essentially an empty shell – has the potential to host amazing events with the correct dressing and staging – as seen in the images below which feature shows that have been held at the brewery in the past. 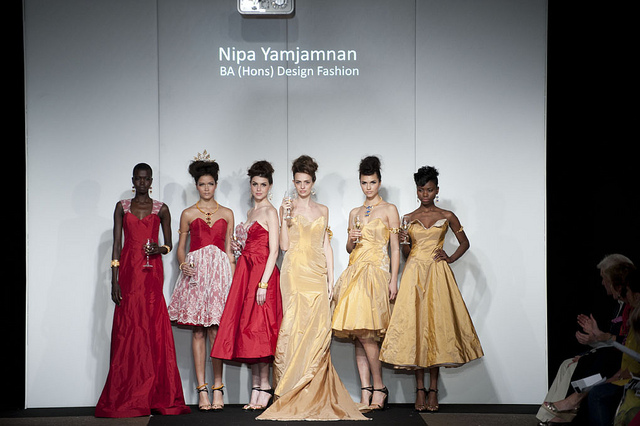 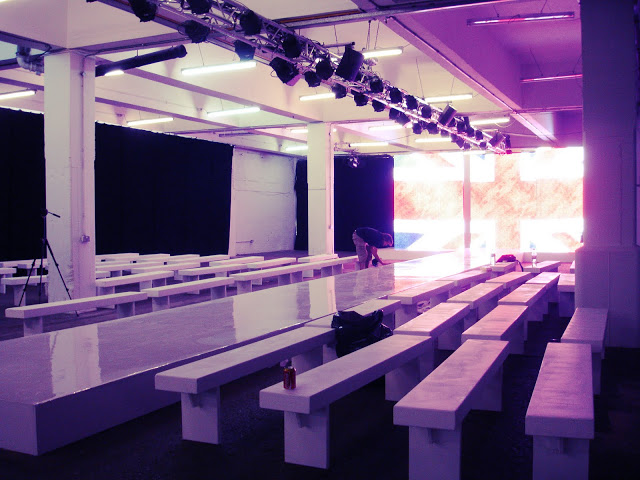 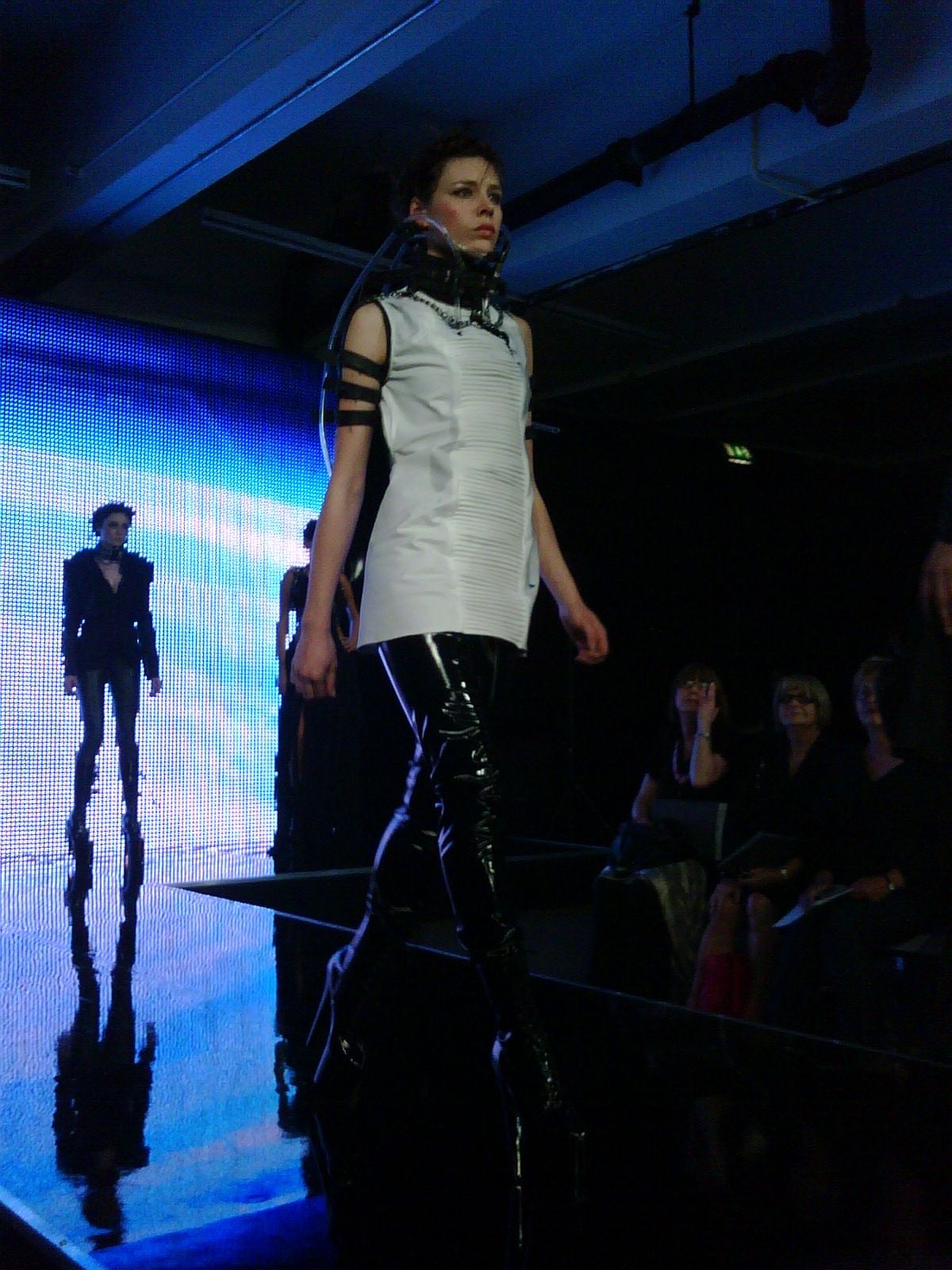 To take the catwalk shows to the next level I hope that the AFWL team will consider investing in the overall aesthetics for future events.

So there we have it, my two pence worth of feedback! If you attended the event this year, I would love to know your thoughts!