The year is speeding by – but I have had fun so far!

Although I had a few technical challenges at the beginning of the year – my laptop and phone were out of action – which hampered the pace of the start of the year, I have been extremely blessed so far! I am thankful for every opportunity and for the relationships that I have been able to nurture and establish.

Now don’t get me wrong, there are still many things I want to achieve this year, there have been goals and targets that I have missed and unforeseen circumstances that have required me to recalibrate and start over – but I am a big believer of the being thankful in all situations and ‘enjoying where you are, on the way to where you are going’ (I love this quote – it is fact the title of a book by leading Bible teacher Joyce Meyer).

Thus I decided to reflect on the highlights of the year so far, starting with showcasing the wonderful WOC that I have met, partnered with or been inspired by in the worlds of business, beauty and beyond!

I have had the opportunity to attend a number of events this year that has celebrated numerous Women of Colour. It has been an awesome privilege to have attended these events as they have been an encouragement and inspiration to always strive to be better.

It was awesome to be asked by the lovely Hannah Poole to join the panel for the ‘Weave vs. Natural’ Debate for a second year! 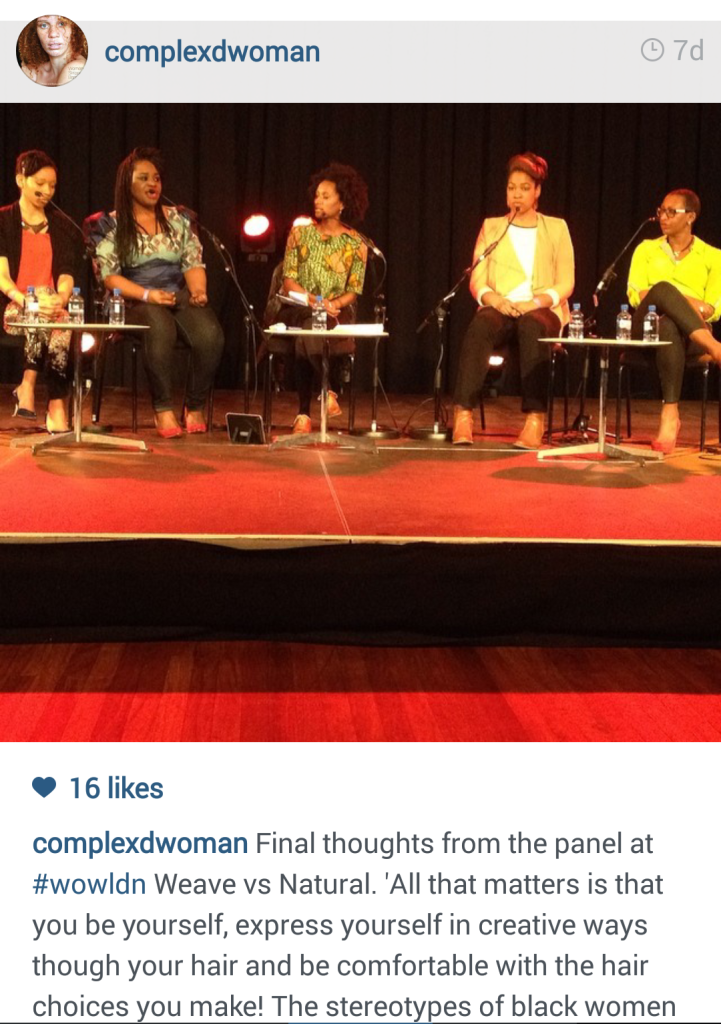 I attended a networking event hosted by KPMG’s African and Caribbean Network (ACN). The event was part of the ‘Leaders That Inspire’ series and was a collaboration with KPMG’s Network of Women’s (“KNOW”) International Women’s day focus on inspirational women within the business community.

The key note speakers were children’s author and Malorie Blackman OBE and Karen Blackett (who was recently awarded an OBE), CEO of MediaCom UK, the nation’s largest media agency. 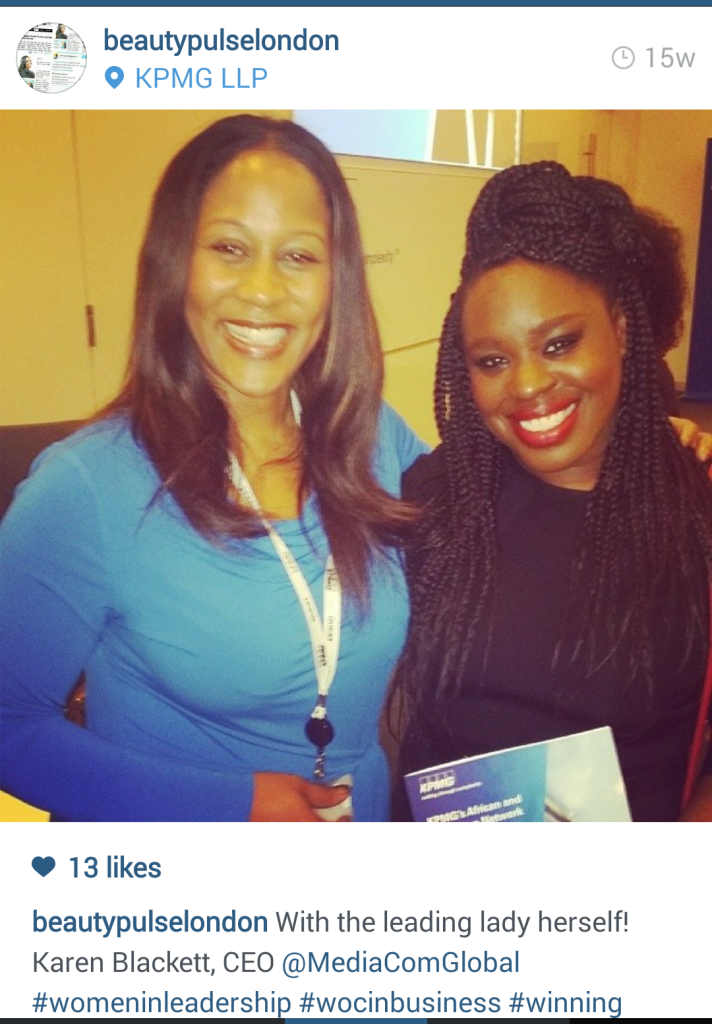 Karen is a champion for more diversity in the advertising industry and I greatly admire her work! Read more about these events here!

I attended the 10th Annual Wise Woman Awards, hosted at the Tower Hotel with my amazing sister Donia Narh, who had been nominated to receive an award for the work that she does in the community working with young people to raise their academic achievement and self-esteem through various projects and initiatives. 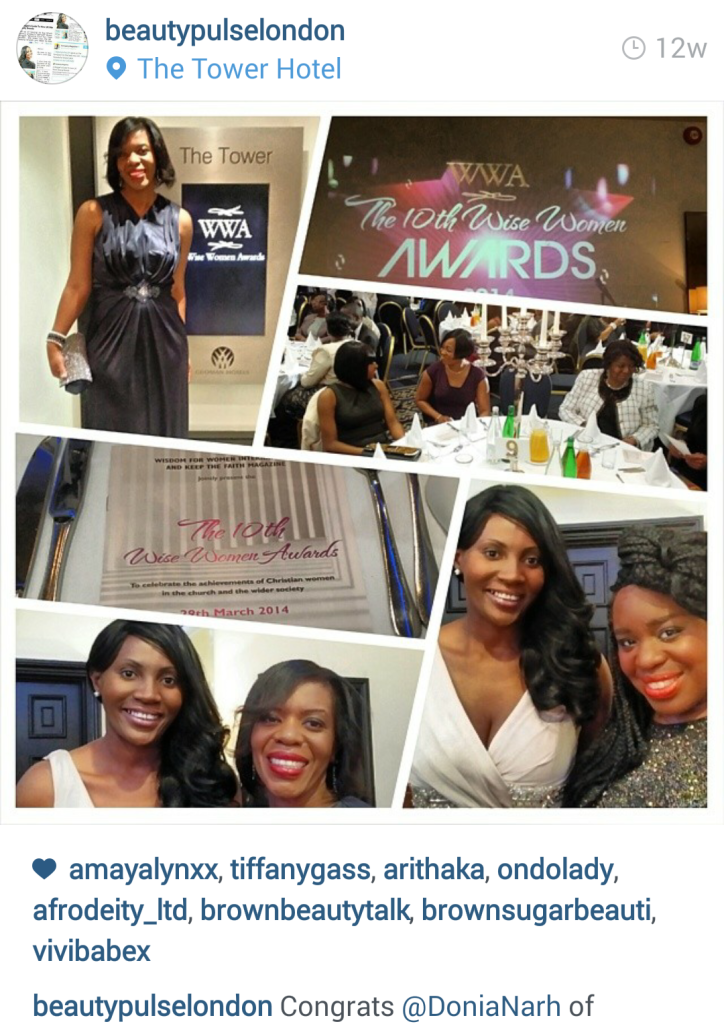 The Wise Woman Awards were founded 10 years ago by Pastor Marjorie Esomowei of Wisdom for Women International. Pastor Marjorie realised that there was no awards event that existed within the Christian community to recognise women’s achievements across the denominational spectrum and felt it was time for such an event to be held, so joined forces with Keep The Faith to organise and host the Awards.

The Wise Women Awards recognises the contribution that Christian women from the Black community and beyond have made in the church and wider society.

The key note speaker was the auspicious Reverend Rose Hudson-Wilkin, the first black woman to be chaplain to Her Majesty the Queen and also to the Speaker of the House of Commons. She is also kept busy with her work ministering to two churches in London. 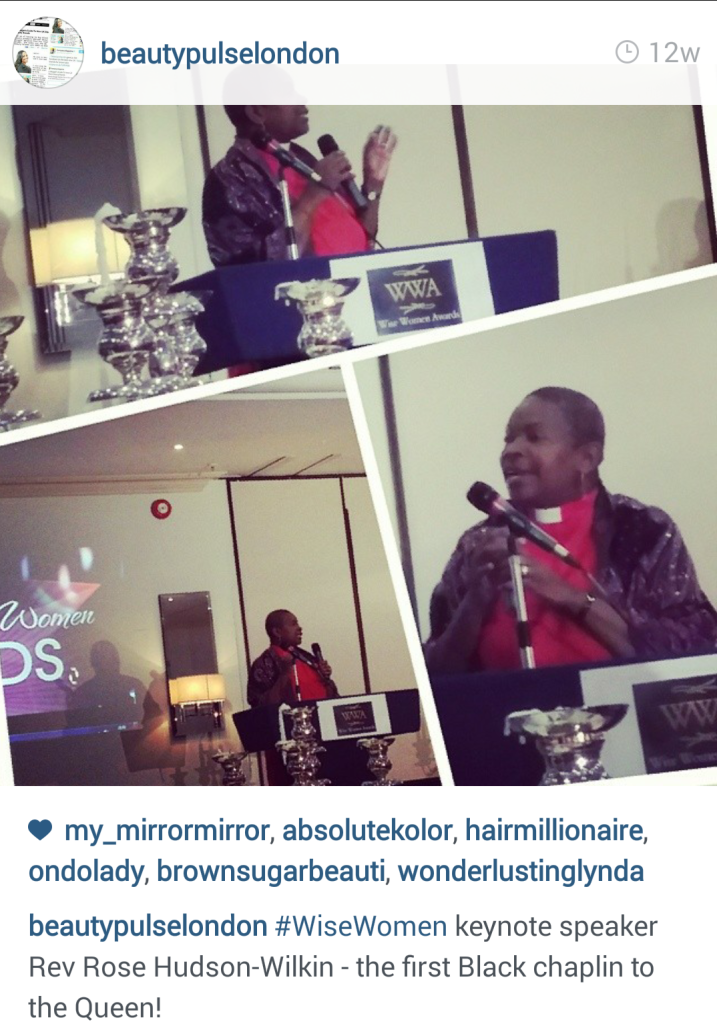 Her message was poignant and relevant to all women of all backgrounds; Be a Woman of Purpose.

Be proactive in your doing and purposeful in your actions. Her words we encouraging and motivating and her life is a living testimony of the message she shared.

Earlier this year, I blogged about the wonderful news that Beverley Knight has been selected to be the face of Mizani for 2014/15!! 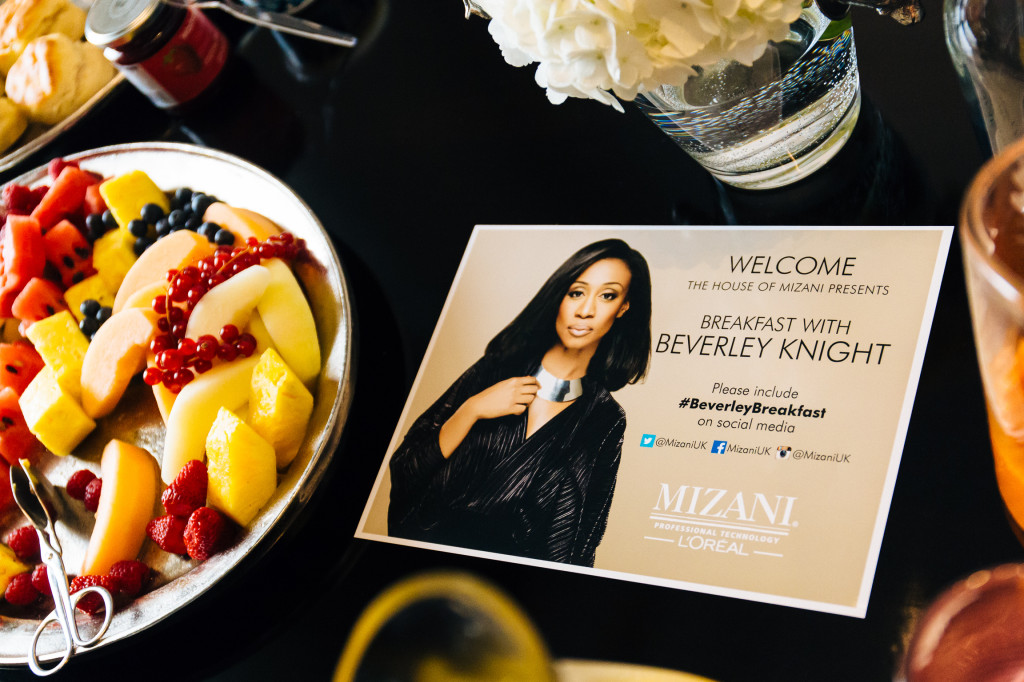 I was invited by the Mizani UK team to meet Beverley and to find out more about her hair and beauty routine, her career developments and future projects! We had breakfast at the spectacular Rosewood Hotel in Holborn – a setting fit for the Queen of Soul! 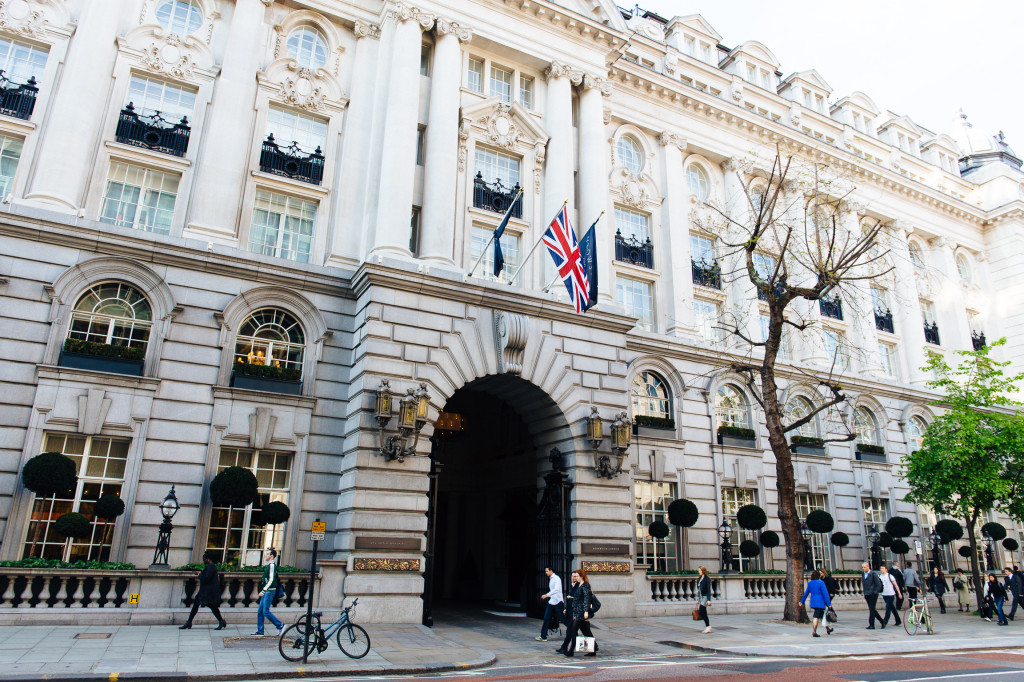 Rosewood Hotel – Fit for the Queen of Soul!

Beverly was so down to earth and amicable. Being of Jamaican heritage like myself, it was wonderful to hear how her Caribbean cultural influenced her music and beauty choices!

Gracious and demure, Beverley exuded a humility that is rarely associated with Black women. There was no hint of the ‘diva’ or the ‘feisty’ Black woman that the media continuously peddles, just a British born little girl who had grown into a beautiful woman, now living her dream with gratitude. 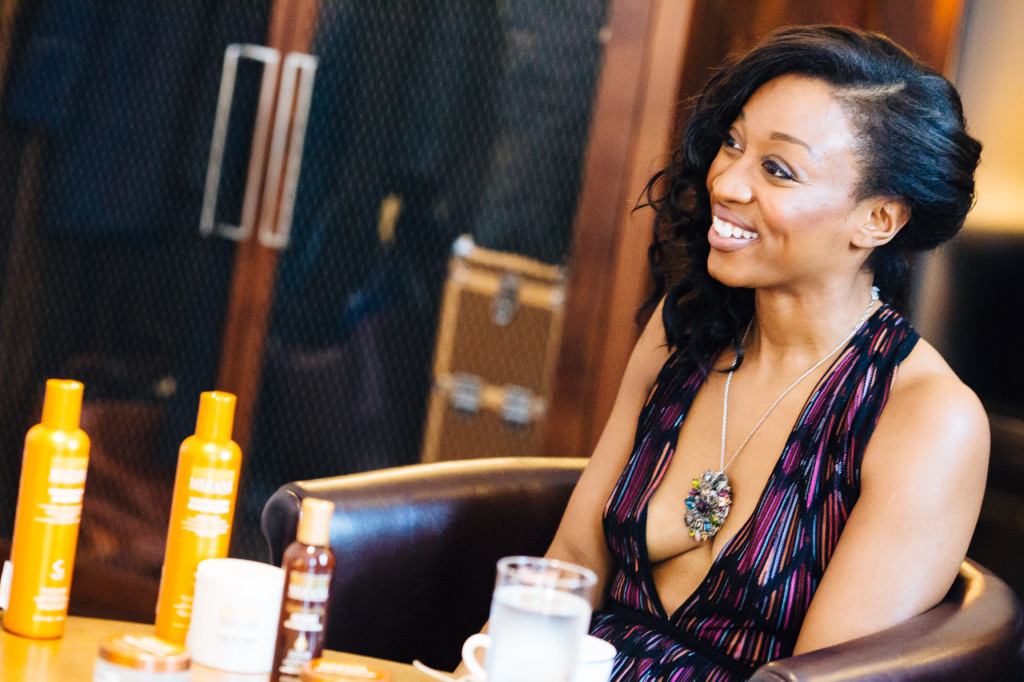 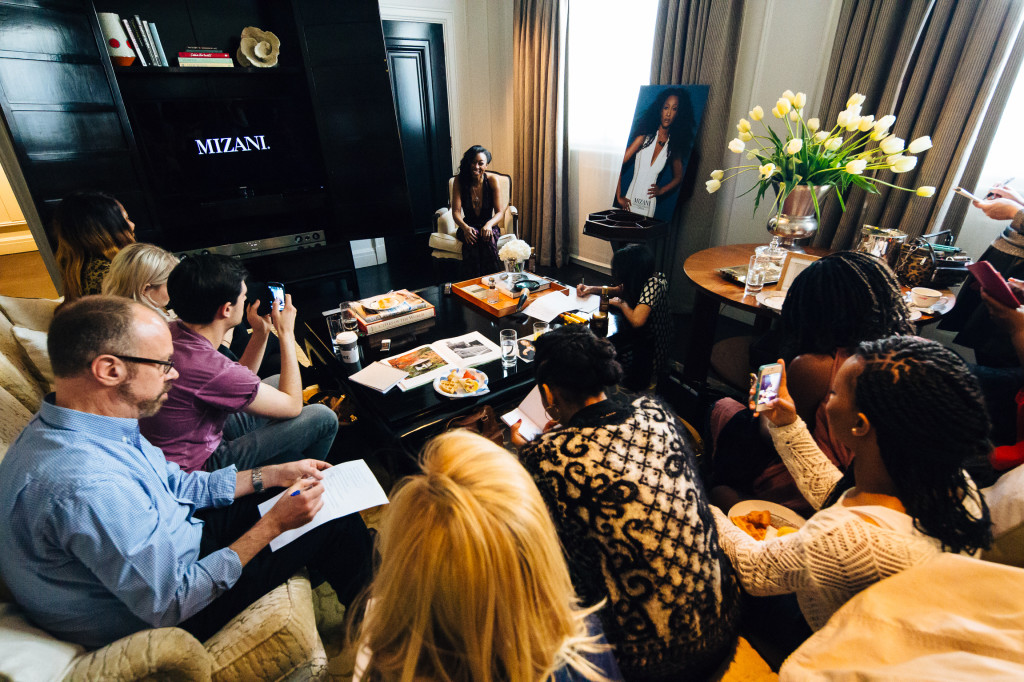 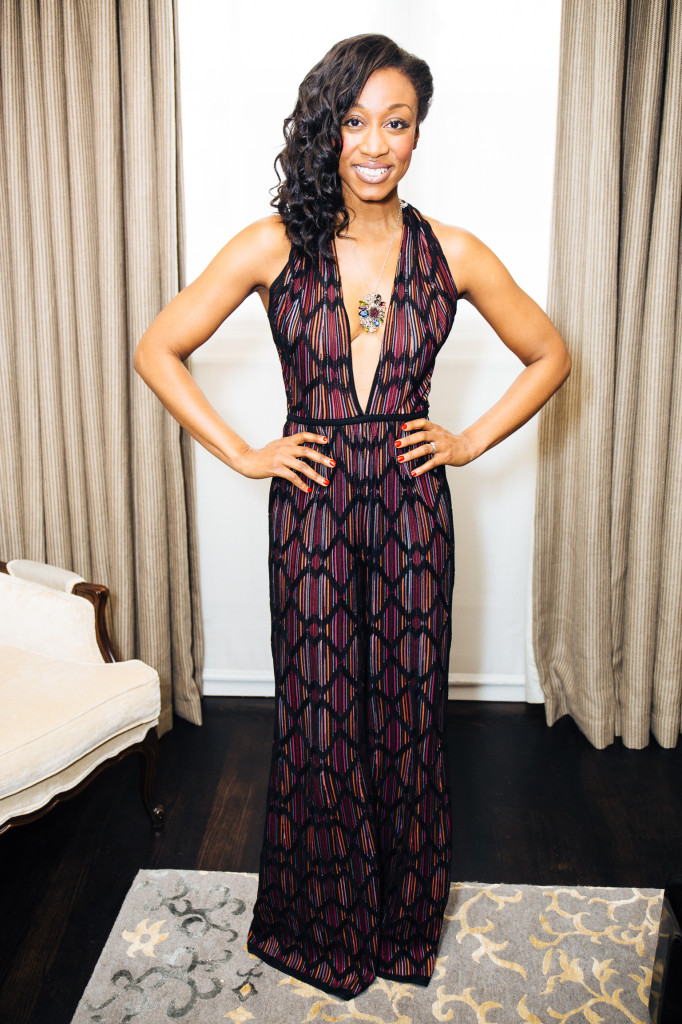 I can say without a doubt that Angie Greaves is one of the most generous and giving people I have met – she has a spirit of generosity that is so evident. 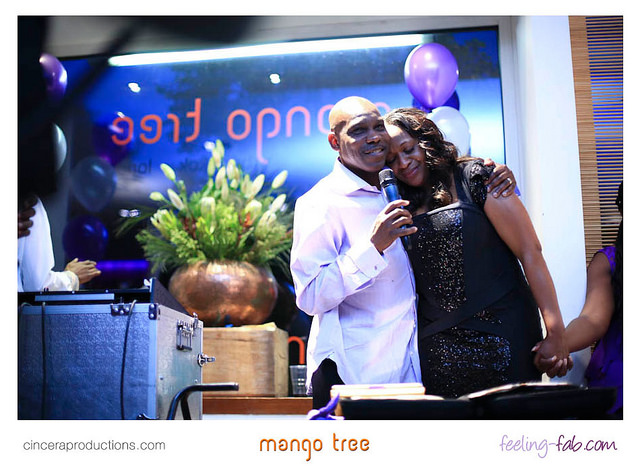 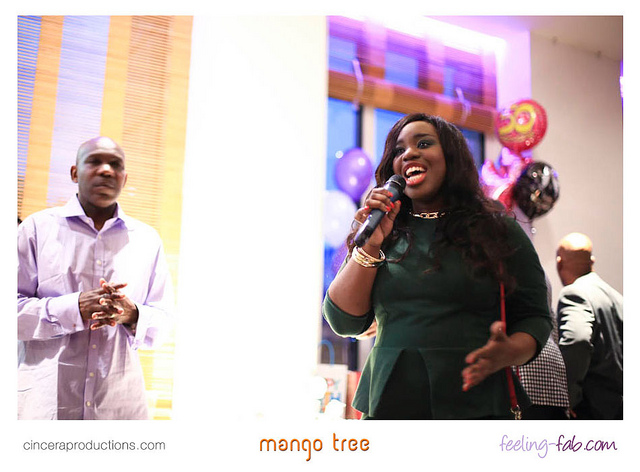 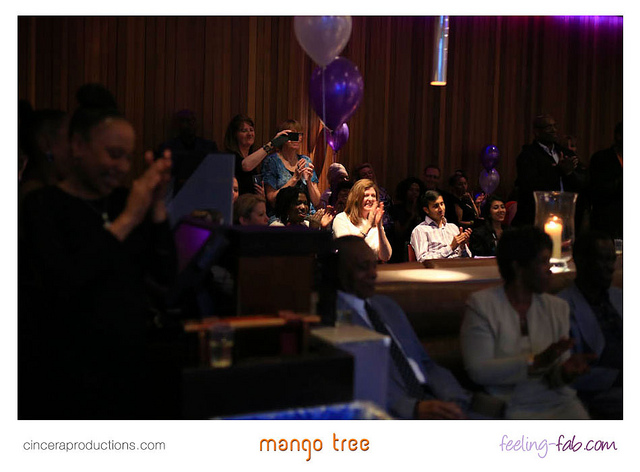 I was invited to celebrate Angie’s 50th birthday in April which was held at the Mango Tree restaurant in
Not only was it an evening full of fun, good food, dancing and mirth, there was such genuine love in the room that I know Angie has impacted many, many lives in the way she has impacted mine! Person after person – from old school friends to ex colleagues, old teachers and her husband and two beautiful daughters – had only words of endearment and praise for Angie. 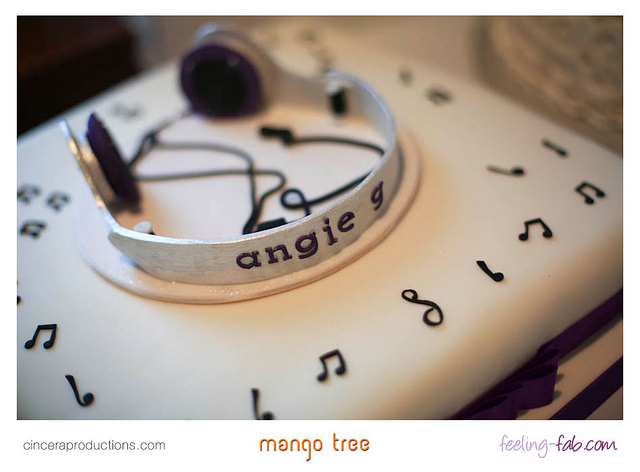 It was a joy and an inspiration! I hope to fill a room with such warmth when I hit the big 50!

Read more about her celebration here.

Keziah CONNECTIONS recommenced in April after a break over Christmas and the start of the year and it came back with a bang! I just want to take this opportunity to thank all of the speakers who have contributed their time, expertise and experiences to the meetings!

Ronke Adeyemi and Theresa Fowler spoke about Branding at the April event. 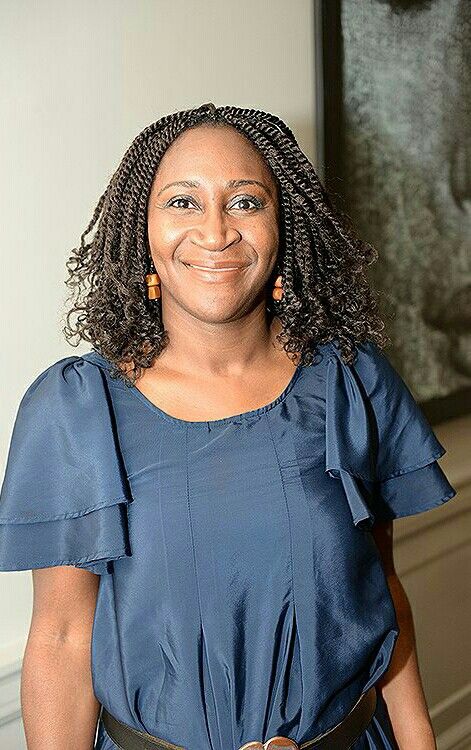 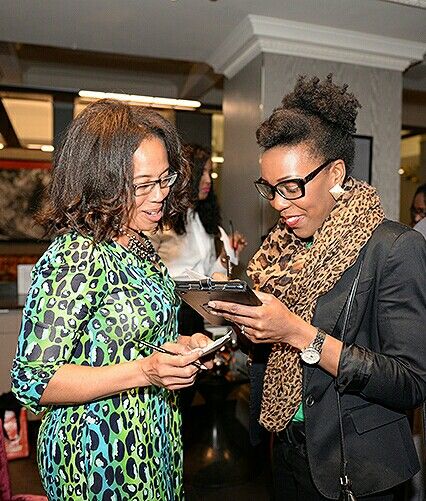 Blogger and editor of the ezine that Healthy Feeling, Georgina Fihoshy wrote a fantastic piece on the event.


Alicia Thornewaite founder of Afrodiety was the key note speaker at the May event. Her talk was truly inspirational!

At the event we were introduced to the company’s new own label brand called Joliette (named after her wonderful mother and business partner). 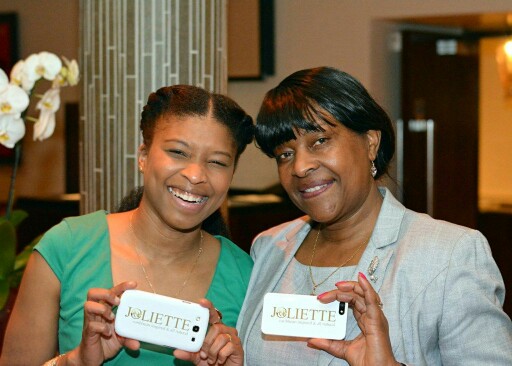 Alicia and her mother Joliette

Inspired by the Caribbean and boasting 100% natural ingredients, the products are deliciously scented. I cannot stop raving about the Carribean Body Butter Balm! It is now a my handbag staple! Made with Mango Butter, Avocado Butter, Prickly Pear Seed Cactus, Tea Tree Oil and Lemongrass, it is rich enough to moisturise those really dry patches and is a good multipurpose products that I use on my lips, hands, feet and knees! A little goes a long, long way so do not be perturbed by the size of the jar! This may be my hero product of 2014….let’s wait and see!

The June event took place last Thursday and it was an honour to have Maverine Cole, Journalist and Presenter (QVC, Arise TV) as the key note speaker! She shared from her heart and offered very practical advice on how to approach QVC and opportunities to get connected with the mainstream media outlets. 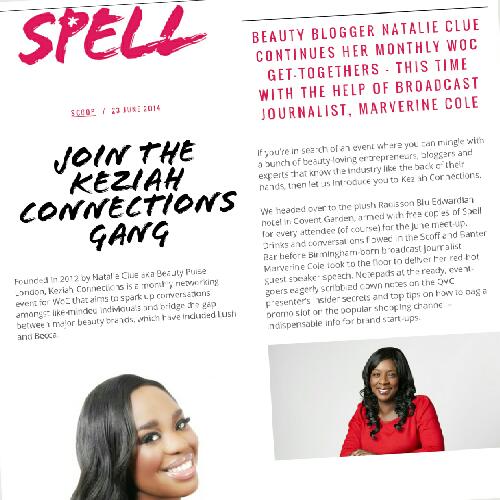 A round up of the event is featured on the Spell Magazine blog, so check it out here if you were unable to make the evening!

Thanks for reading and here’s to the continuation of meeting, connecting with and showcasing many more Women of Colour in the months to come! If you know anyone who you think I should meet or feature on my site, do let me know in the comments box below!