Ladies (and gentlemen – because you do NEED to see this too)!!!! 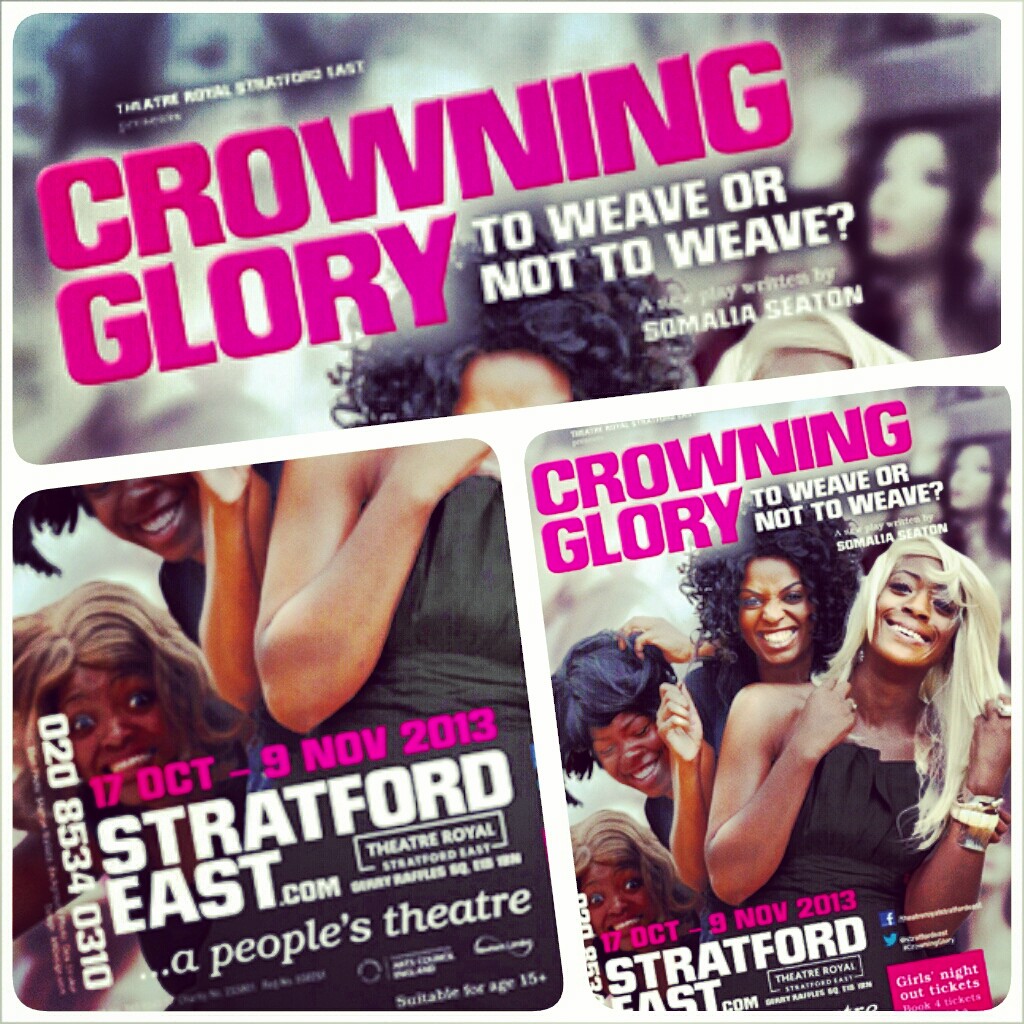 There are only a few days left to watch the amazing play by London born actress turned playwright Somalia Seaton, which is showing at the quaint Stratford East theatre until the 9th of November – that’s this Saturday folks!!!!

Entitled “Crowning Glory”, Seaton’s creation explores the often tortured and tumultuous relationship women of colour have with their hair – which is a large part of their overall identity.

The all-female cast is incredible and Seaton manages to marry thought-provoking and challenging themes with laughter and merriment, without once losing the poignancy of the message.

Told through the eyes of seven women, Crowning Glory features a series of interwoven monologues to convey the Black British female experience.

As an advocate for showcasing the Black British female in a positive way , this was one of the main reasons why I enjoyed the play so much – I identified with SO many of the characters!

Finally, somebody was telling MY story- not an African American story, nor an African story – but my story as a Black BRITISH woman.

I was privileged enough to have been invited to see the play a couple of weeks ago and like many others I thought it was nothing short of AMAZING!!!

If you are looking for something to do this weekend go see this production!! @somaliaseaton did a FANTASTIC job! pic.twitter.com/7C375Cpt70

The folk from @TheatreFullStop came to see #CrowningGlory and said it was "bold and insightful" Full review here: http://t.co/nH60XW51h1

I did miss the first 15 minutes or so of the production 🙁 – so before I write my own review I will be going to see it again…because it deserves a full and thorough account and I want to make sure that I give the play what its worth…so make sure that you also grab a ticket to go along soon!!

If you have already seen it do let me know your thoughts!

Many thanks to the Theatre Royal Stratford East.
Image Credit: Sharon Wallace