A couple of days ago my Twitter fam and I were discussing foundations that were suitable for the Woman of Colour and I stated that I usually wear MAC in NW45 – as I have mentioned many a time on my blog. 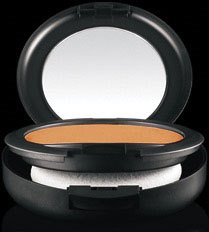 Return of the MAC….

A few of my followers responded that this was the shade that they also wore and that they swore by it…
….however Gina aka Naturalbelle asked a very poignant question…

..now this may seem an insignificant query – but it certainly stoked a debate among my followers, many of whom stated that they wore…or had been mis-sold the MAC shade NW45!

@naturalbelle @marvovox @sofrolushes @lizearle lol! I think I that a lot of usr not NW45 but this was the shade that was always recommend!

I responded this way because I know that most women of colour who have visited a beauty counter have been mis-sold the wrong shade foundation/concealer at one time or another….it is as if the sales assistant sees your melanin as you approach and AUTOMATICALLY assumes that you are a certain shade – without taking a moment to account for your undertone, your pigmentation or any key concerns you may have!

Is this a case of the classic ‘we all look the same’ syndrome???

Londoncurl’s response sums up this sentiment to a tee!

Pelumi aka Care For Your Hair stated that she got so tired of being recommended the wrong shades by the MAC personnel that she chose to switch brands!

How could anyone sell Pelumi NW45 is beyond me!!! She is several shades lighter than I am and one does not have to be a trained MUA to see that this shade is most certainly NOT her match!

Mez aka MezMadeUp chimed in to say that the ‘univeral’ MAC shade for Asian skin tones is NC42!!

This is a topic that I sure will be debated further…watch this space!

← The Long and Short of It! Me and my hair!
Product Review: The Best of British! @DanielSandler Make Up for Darker Skin tones →