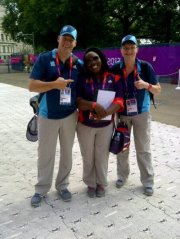 I am now back in the swing of things since my volunteering experience as one of the 70,000 Olympic Games Makers!  It was A LOT of fun and I am so pleased that I was given the opportunity to be a part of the  London Olympics…but now it is back to business…

…and speaking of business,  I am pleased to bring you the latest installment in my Mind Your Own Business series – in which I showcase British Women of Colour who are making an impact on the British Beauty Industry!

Let me introduce you Steph and Sarah Jarrett – the founders of the online boutique BlackandBrown.net.

Steph’s story is certainly inspirational.   Once a busy, young professional, working for a leading talent agency in the centre of London, life for the 26 year old was great and the future looked very bright.

However, earlier this year Steph was diagnosed with Lupus – which struck without warning – and which had a devastating effect on her health and well-being.

As many of you know, I am a life science graduate (read: geek!!), so  I wanted to find out more about the illness – as I had never ever heard about it….

NHS UK states that ‘Lupus is a complex and poorly understood condition that affects many parts of the body and causes symptoms ranging from mild to life-threatening.’

Lupus is an autoimmune condition, which means it is caused by problems with the immune system (the body’s natural defence against illness and infection).

In people with lupus,   the immune system starts to attack healthy cells, tissue and organs and it is thought a combination of genetic and environmental factors is responsible for triggering lupus in certain people.

General features of the condition include symptoms such as:

The most common feature of lupus is fatigue. It is a major symptom in some patients, and can be extremely distressing.

These can affect any part of the body, the most well-known being the so called “butterfly rash” over the cheeks and the bridge of the nose. In many patients the rash is made worse by exposure to ultra-violet light e.g. sunlight. 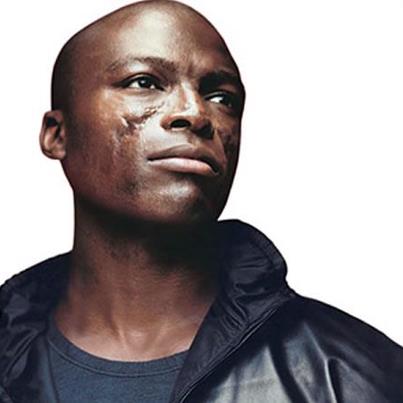 (Seal is also a sufferer – his now characteristic skin markings were caused by the Lupus condition.   His scarring is shaped like a ‘butterfly’ across the bridge of his nose and his cheeks – a typical symptom of Lupus.  He was diagnosed with the condition at the age of 23).

Hair loss is an important feature of lupus and is often the first sign of a disease flare. In the majority of patients the hair grows back totally once the disease is brought under control.

Flu like symptoms are common in lupus patients and are a major feature of the disease. Sometimes joint pains can be severe, mimicking early rheumatoid arthritis but normally the joints are not damaged and this clearly differentiates lupus from rheumatoid arthritis.

To my surprise, I discovered that the disease, for which there is currently no cure, is SEVEN times more likely to present itself among  women of colour (Asian/Black/Hispanic), between the ages of 15-45 years old.

So WHY, as a woman of colour, who was born and bred in the UK, have I never been informed about this illness?

…surveys in the UK…, suggest that the prevalence of lupus –  which is 1 in 750 Caucasian women – rises to a striking 1 in 250 Indian/Afro-Caribbean women. As many cases remain undiagnosed lupus must rank as one of the major diseases [in these] population [groups].

In America, lupus appears to be both commoner and more aggressive in the Afro-Caribbean population….

….Despite this, many people (including some doctors) have only a hazy knowledge of the disease.

Here in lies the answer – those  in the medical profession do not have the expertise to diagnose the condition, and why is this the case?

I have to conclude that as it is a disease that primarily affects a subset of the population that is often under represented in ares of influence or has little clout when it comes to voicing their concerns, it has simply been overlooked.  It is not top of mind for the medical profession, as the main sufferers are not top of mind either.

In the US, celebrity Lupus sufferers are doing their part to highlight this condition  – such as  Toni Braxton.

I now feel compelled to use my blog as a  platform to do my part in raising the profile of this illness in the UK – so look out for more information about this soon.

If any of you have been diagnosed with the condition or have family members who have the condition, please do get in touch.

I would love to speak to you!

Anyway….back to Steth and Sarah!

Steph suffered from many of the symptoms stated above, including hair loss, skin sensitivity and chronic fatigue.   She even temporarily lost the sight in one of her eyes.

She found that the beauty products that she had been used to using on her hair and skin were no longer suitable, they caused increased irritation and allergic reactions, so she began to seek out alternative products that were milder and gentler.

When it was time for her to return to work, it soon became apparent that, even though she was managing her condition, it was a challenge to carry her duties due to the recurrence of fatigue and challenges with her vision.  In the end she had to accept that she could no longer do her role.

Faced with this – Steph was not defeated and used this challenge in her life to become an entrepreneur! 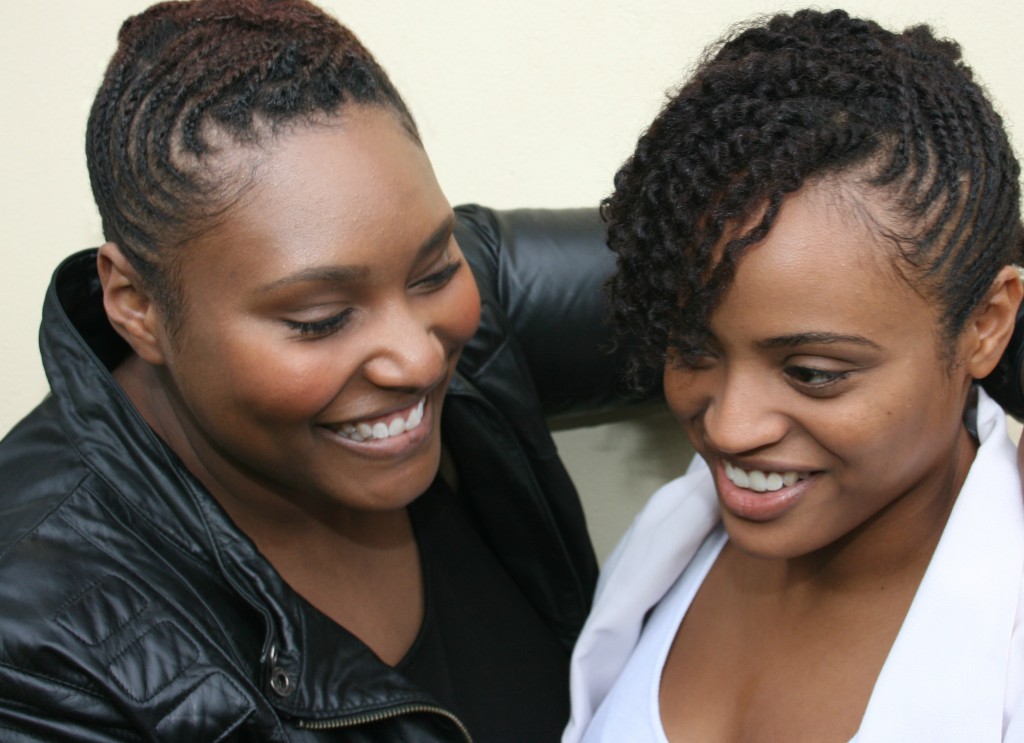 Steph and Sarah Jarrett - Sisters (literally) doing it for themselves!

She and her sister Sarah (24) launched Black and Brown  to retail many of the products that she had discovered and  used during the early stages of her illness.

Black and Brown retails world wide and the products have been selected particularly to meet the needs of women of colour who are looking for a natural or organic offering.  Brands that are available on the site include Burt Bees, Jason, Mixed Chicks and Original Moxie.  (Make sure you enter my giveaway to win Original Moxie goodies here!)

Since the company launched, the ladies have received fantastic feedback.

“Running a company is challenging but rewarding” states Steph, “it is important to research your competition, to know your market and to stay focused, but if you have a business idea, the best thing that you can do is to just go for it!!”.

Health and wellbeing is also a major focus for the company.  Educating their customer base on the beauty benefits of living a healthy lifestyle is one of the key aims of the business and so on the 15th of September, Black and Brown will be hosting its first conference –  The Alive 2 Life conference –  celebrating natural living and total well-being – both intrinsically and extrinsically.

It will be held at the De Vere Centre, Canary Wharf – a fabulous location, by the river Thames. 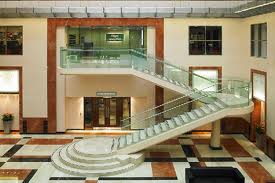 When  I was told about the event, I was really impressed by the list of key note speakers , they really are among the  best practitioners in their respective fields.
You will hear from speakers such as: 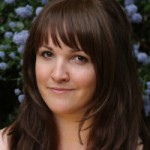 Anne-France Rix – a fully qualified Nutritional Therapist, with a university degree in Nutritional Medicine and practitioner  at ‘The Food Doctor Clinic’ on  Harley Street. 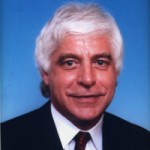 Glenn Lyons  – Consultant Trichologist, who has held the position of  Clinical Director  at the world-renowned Philip Kingsley Trichological clinics since 1968…..
….and how would YOU like the chance to have your hair styled by multiple award winning stylist Errol Douglas MBE???? 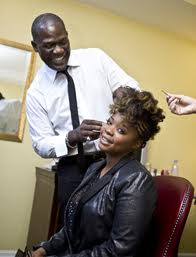 Errol Douglas is among the cream of the hairdressing industry and a favourite among clients and industry peers alike. Renowned for his stunning photographic work, Errol has won several of the world’s most coveted awards.  Already for 2012, he has secured three major industry nominations:
A 16th consecutive nomination for Hji’s British Hairdresser Of The Year and two equally coveted Creative Head nods in these categories: Most Wanted Icon and Creative Talent 2012.  He has also been named as the first UK & Ireland Brand Ambassador for Moroccanoil.
Black and Brown is looking for hair models who will have their hair tended to by Mr Douglas on the day of the event.  How cool is that???
To be in with a chance of  being selected,  send a picture of your hair, which clearly shows the length, with your name and contact number to steph@blackandbrown.net.  Errol himself will then select the winners and you will be contacted before the event.
All entries must be received by midnight 25/08/2012 to be considered – so do not delay!!
I hope to see you on the 15th, get your ticket today!!!
www.alive2life.co.uk
www.blackandbrown.net

1 comment for “Mind Your Own Business Series: Stephanie and Sarah Jarrett of BlackandBrown.net”