This straightening procedure caused a sensation in the hairdressing world when it burst on to the scene a couple years ago..but the excitement soon turned to concern as reports of the levels of formaldehyde (a carcinogenic chemical) that were contained in the products used in some of the early treatments were stated to be dangerously high.

Thus, it was great to hear about the latest offering from British brand KeraStraight. Established in 2009 by hairdresser Jez Barnett, KeraStraight, whose Global Ambassador is hair icon Trevor Sorbie MBE, have created the next-generation in semi-permanent Brazilian keratin treatments.

KeraStraight joined forces with Brazilian scientists to devise an unrivaled, formaldehyde-free formula that transforms curls and kinks into impeccably conditioned, smooth, shiny strands with frizz-free results which can last from 30 days to 4 months – even on Afro hair! 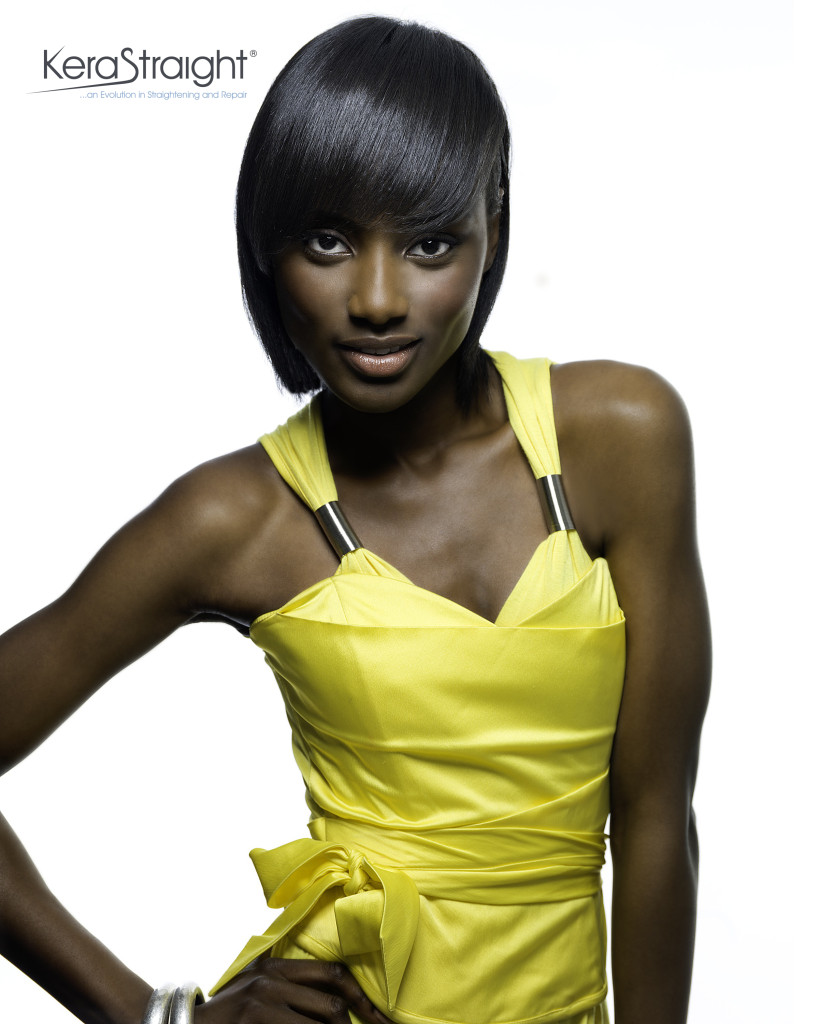 I was invited to trial the treatment at this year’s Salon International Exhibition that took place in October, but as I was wearing a weave at the time, my willing BPL representative Donia stepped up to the plate! She was in fact the perfect candidate, as she is currently transitioning and her hair is 80% natural…and she has a lot of it! I was keen to see how the treatment would fare on her thick, luscious hair! 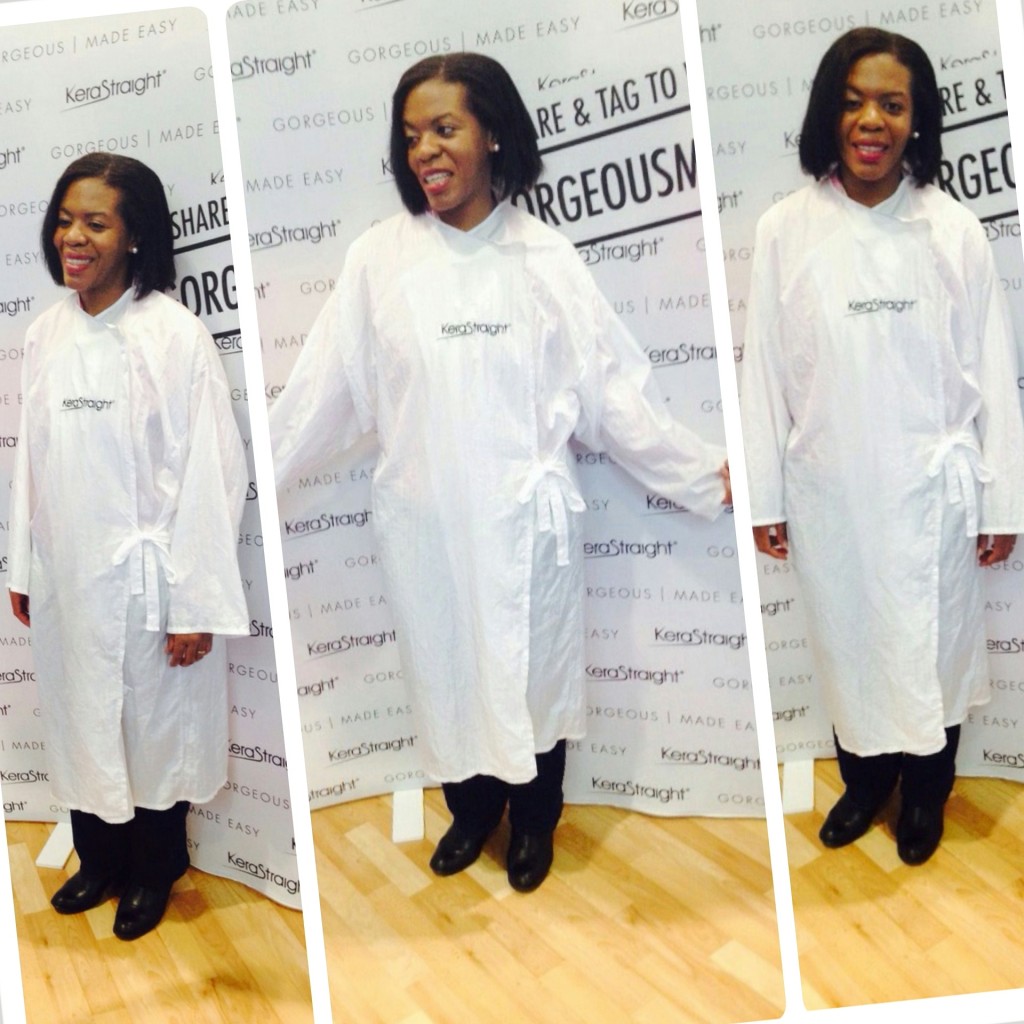 Donia gets ready for her treatment

The brand claims that a groundbreaking protein formula, which is independently UK/EU Health and Safety approved, simultaneously repairs and straightens the hair whilst being kind enough for use on all hair
types.

Donia had the KeraStraight KS Ultimate. KeraStraight developed KS Ultimate, a semi-permanent straightening and repair system that is adaptable to every hair type, thanks to KeraStraight’s advanced protein technology. What’s more, one can shampoo your hair after just 30 minutes and there’s no awkward growing out period, as the results naturally fade away. 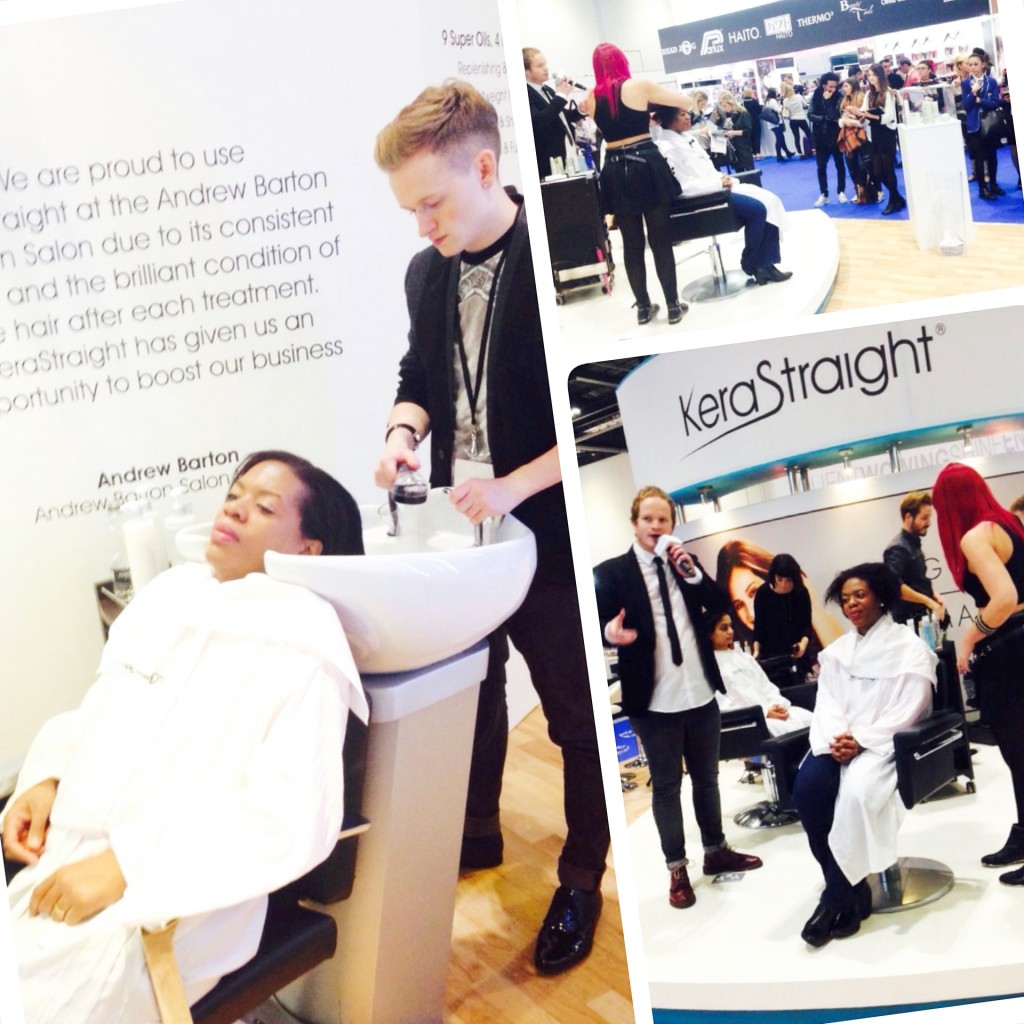 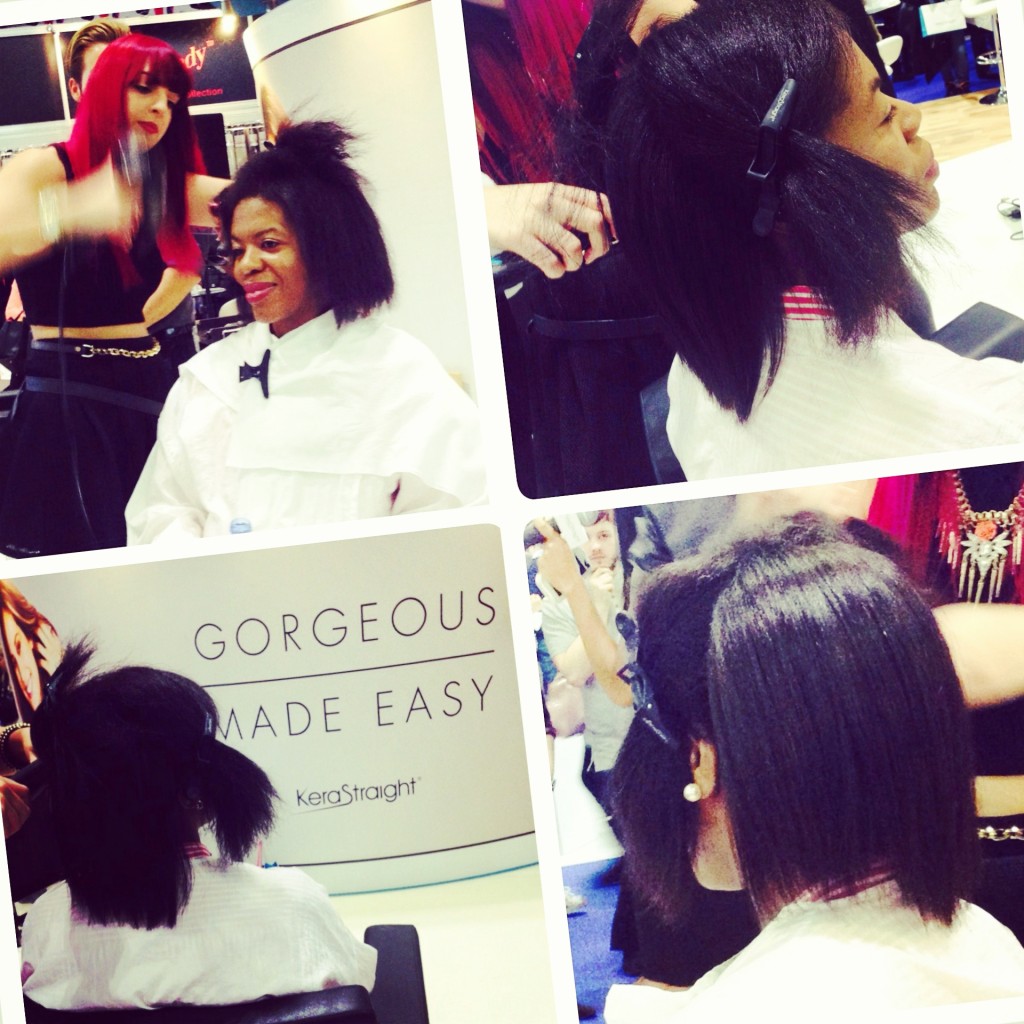 Donia’s onstage transformation drew a large crowd as the fascination with Afro hair is one that is unabated! After the processing time, the hair was styled with minimal heat and here is the final look! 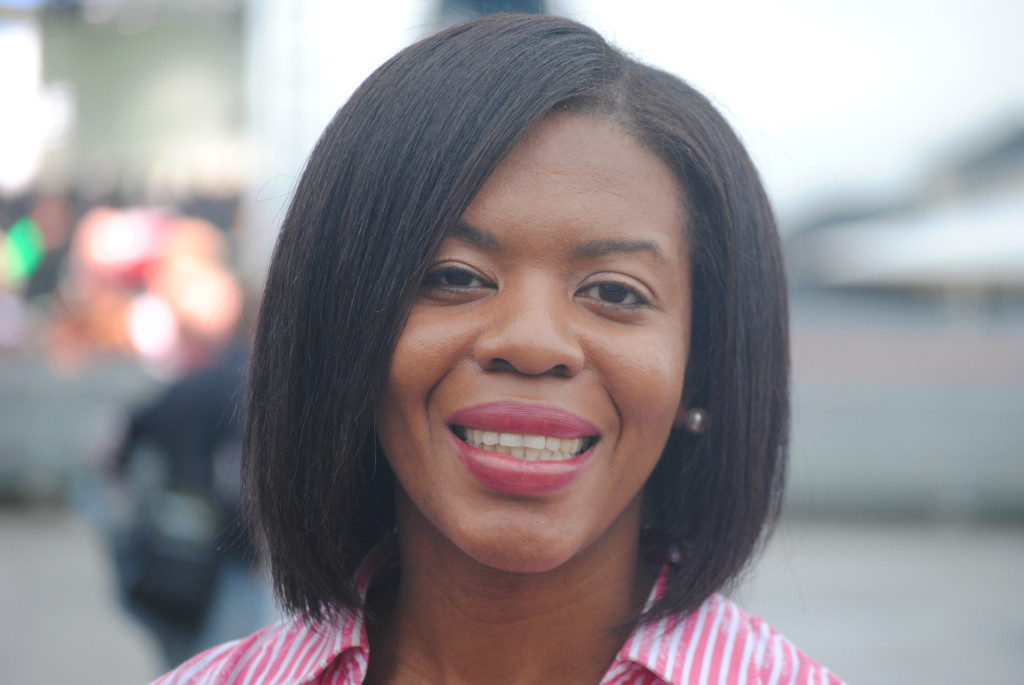 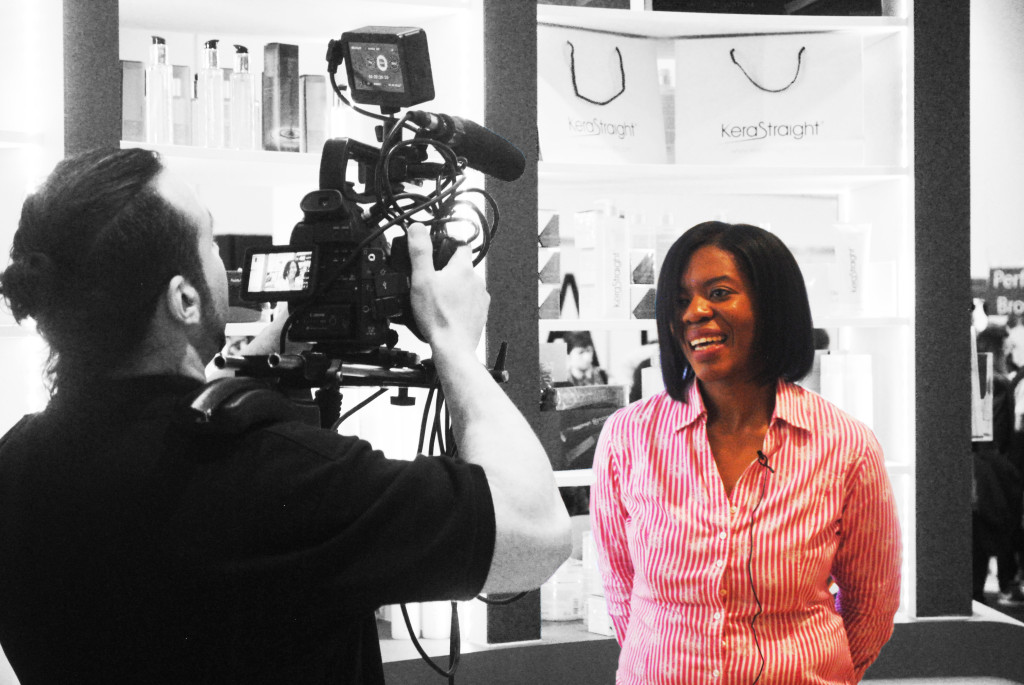 When I got a chance to see the finished look a couple of days later, I was really impressed with the finish and the shine…my only qualm would be that the hairdresser needed to really get close to the roots when applying the formula to ensure a smooth, uniform finish – but all in all, Donia was very happy with the results and received many compliments! Her styling time in the morning has been slashed substantially and her hair still looked shiny and smooth several weeks later.

Hear what Donia had to say about the experience for herself!

Many thanks to the Unleashed Potential PR team for the invite and the KeraStraight team for a fab day!

You can find your nearest KeraStraight salon here.

← #ChristmasWishes with the @TheBodyShopUK & Fragrance and Frolics with @OdetteToilette!
New Season #brownbeauty! A review of the AW14 campaigns: Part 3! The Beauty Set! →

7 comments for “@KeraStraight for Afro Hair! Temporary Straightening for kinks and curls!”