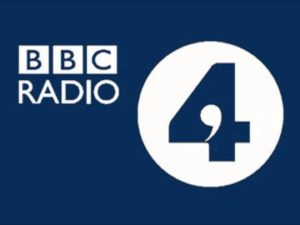 As those of you who know me know, I am an avid BBC Radio 4 fan!

I love the eclectic mix of news, politics culture and drama (I CANNOT miss an episode of the Archers) and although I do not always agree with the angle and presentation of some of the stories (it is still the very much the preserve of white, middle class England), I learn so much from listening and wouldn’t change the format for the world!

On Tuesday, I was in eager anticipation if the interview with Chimimanda Ngozi Adichie by the presenter of the Woman’s Hour programme, Jenni Murray (whom I met last week at Stylist Live!!)…

Looking forward to the interview with award-winning author Chimamanda Ngozi Adichie on @BBCWomansHour at 10am! https://t.co/2ZoogfrmHQ

…as Adichie is one of my FAVOURITE authors! I have read all of her novels and absolutely LOVED her latest offering Americanah!

As Adichie (a 39 year old mother of two) is recognised as an award winning author and celebrated feminist speaker, whose rousing manifesto We Should All Be Feminists, the TED talk that has garnered over 3 million views on YouTube and has been sampled by Beyoncé, as well the title being emblazoned upon Dior T-shirts for Paris Fashion Week…

…I was expecting to hear about Chiminamda’s newest piece of writing or latest collaboration. What I WAS NOT expecting to hear was that Chimamanda had been selected to be the new face of Boots’ iconic makeup and skincare brand No7!!

With a little investigation I found out that Chimamanda’s campaign centres upon her love for make-up and how her decision to wear it is just that – her decision – which should in turn have zero impact her stance on feminism, her work and how others perceive her and her intellectual ability in any way!

However, as she matured she become more comfortable with herself and didn’t care what other people thought. Again, I can relate to this sentiment so much! I have always loved makeup and I have worn it since I was a teenager but I too have experienced the reaction of others (usually men!), who would be surprised by the fact that I read the Economist, that I graduated from a top five university with a degree in Human Genetics and that I could (and will) stand my ground in a debate!  For many, my appearance  and love of false eye lashes and my intelligenence and opinionated outlook on life was an oxymoron. 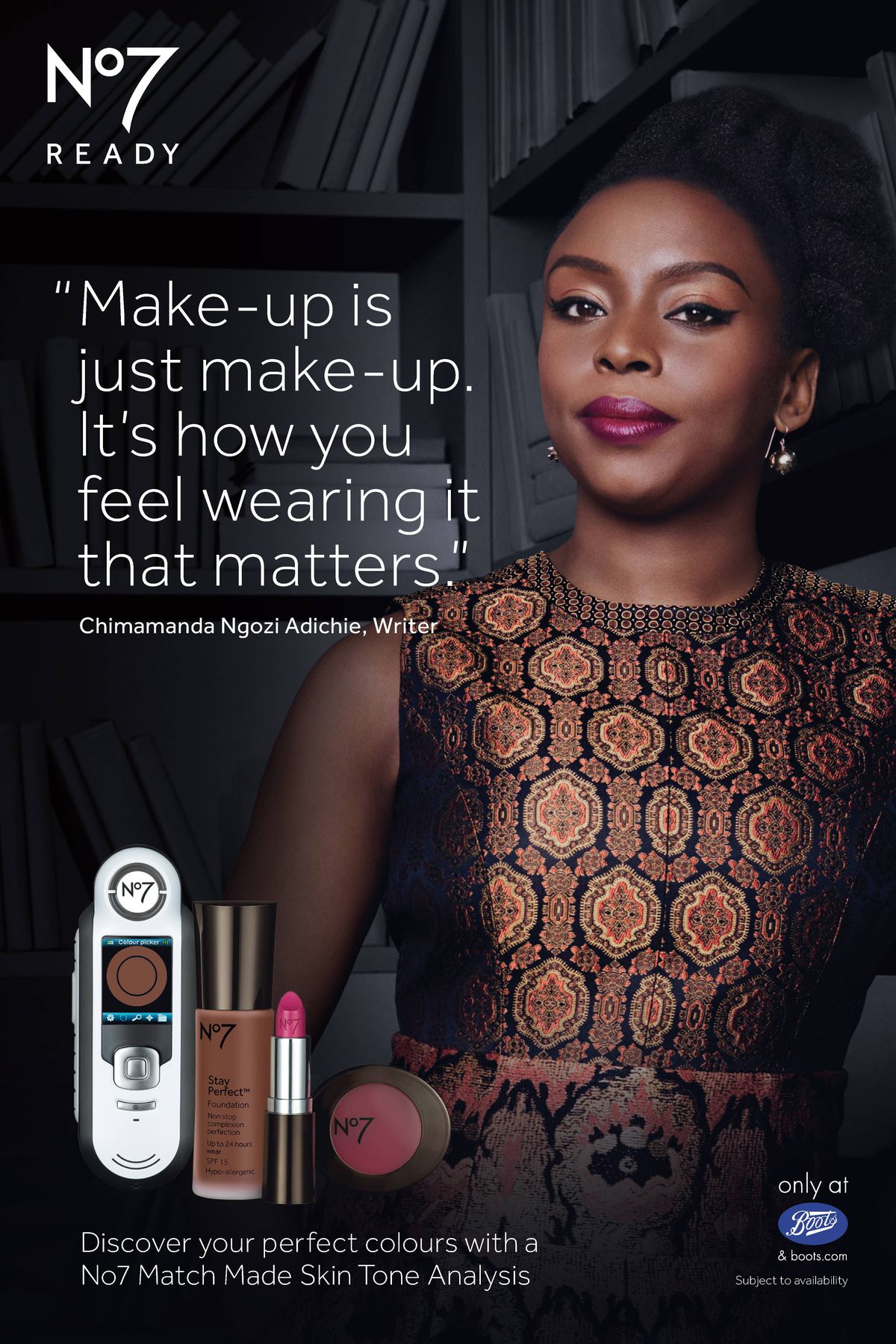 The print (above), online and TV campaign launched today and are a part of the brand’s ‘Ready’ campaign that launched earlier this year with 52 year old principal dancer at the Royal ballet Alessandra Ferri.

According to Campaign magazine, the campaign is an effort to tramsform the No7 brand into a global name. Chimamanda does have a global reach and so whilst her appointment may seem strange to some, I can see how she brings a dynamism and authenticity to this message.

What Boots and No7 will have do better at, is the distribution of foundation shades that cater for darker skin tones and the communication that these shades exist.

In a British Vogue article,  Adichie addresses the issue of the availability of darker shades for the Woman of Colour, stating that “she always carries her own make-up base with her due to a lack of shades for black skin”.

The print ad features a selection of products from the No 7 range and the online campaign highlight the Match Made service that launched in 2012, but in my opinion, has yet to catch on, especially amongst women with darker tones, primarily due to poor communications. Let’s see if this campaign makes a difference.

← A Salute to the 2016 Black British Business Award Winners.
@keziahCONNECTS x SMASHBOX Cosmetics UK! Connect With Us This November. →