A play on a London stage with a cast of seven black women to one white man.

A play that tackles the history and the complexity of the combination of colourism, racism and patriarchy.

A play in which the voice of the woman of color takes centre stage.

The House That Will Not Stand, written by US playwright, poet and visiting Lecturer at Brown University, Marcus Galdley, debuted at the Tricycle Theatre in Kilburn in mid October and due to 4 star reviews bestowed by several prominent broadsheets and theatre critics, the run has been extended by one week, until the 29th of November!

I was kindly invited to watch the play by the team at the Tricycle and I went to showing last Saturday evening. 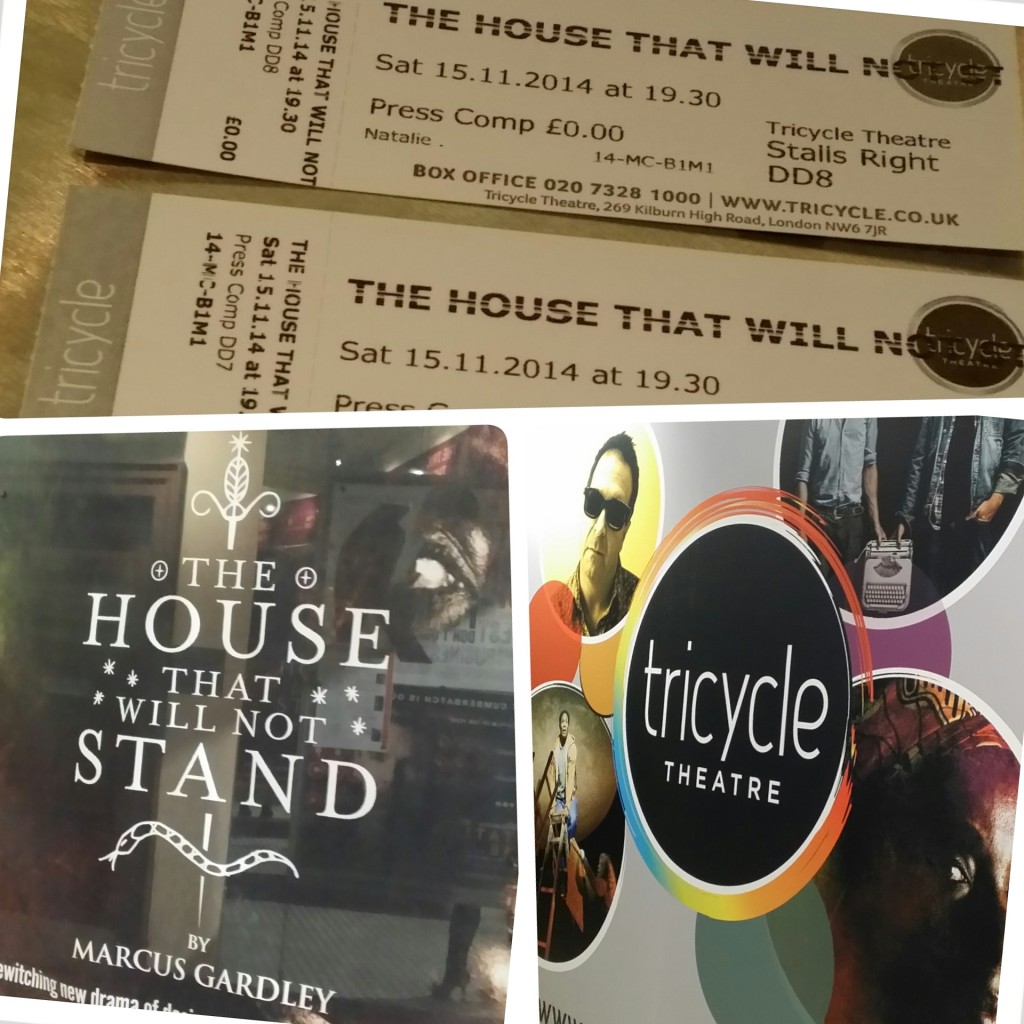 The play is set in New Orleans in1836, in an era following French colonial rule and when Louisiana’s ‘free people of color’ are prospering.

Why is this the case?

The land on which New Orleans now lies was founded as a French colony in the late 17th Century and was alternately under French and Spanish rule for the next hundred years. Spanish and French sensibilities intermingled with African and Caribbean ones, as many Black Creoles and slaves emigrated from Haiti to New Orleans in response to the Haitian Revolution (1791-1804).
When America bought the city from France in 1803, as part of the Louisiana Purchase, New Orleans became a part of
the United States. Through this, America obtained a thriving and culturally distinct port town, with free passage to the Mississippi River.

As an important port with a large population, New Orleans played a key role in both the Atlantic and domestic slave trade in the late 18th and early 19th Centuries. Two-thirds of the slaves brought to the Deep South arrived via forced migration through the internal slave trade; where free people of color were taken from their homes and forced into enslavement. Despite its role in the slave trade, New Orleans had one of the highest population in the country of free people of colour at the time; individuals who were often educated and middle-class property owners
(source).

The play’s protagonist, matriarch Beartrice Albans (excellently (portrayed by Martina Laird), has become one of the city’s wealthiest women through her relationship with a rich white man. However, when her partner mysteriously dies, the foundations of freedom she has built for herself and their three unwed daughters begins to crumble. Society is changing, racial divides are growing, which could cost them everything.

The play tackles the complex, intertwining of patriarchy, racism and colourism during this time – residues of which still resonate to this day.

Beartrice’s three daughters, live in a world where their fate was to become a wealthy white man’s placée and success at even this endeavour was highly dictated by the shade of ones skin.

The play also shows the interplay between the black slave owner and her slave. Makeda Albans (played Tanya Moodie), is the slave belonging to Beartrice (slaves often took the surname of their owners). She has been part of the household for many years and helped raise the three girls. However, she remains an independent spirit, one who seeks her own freedom from slavery. 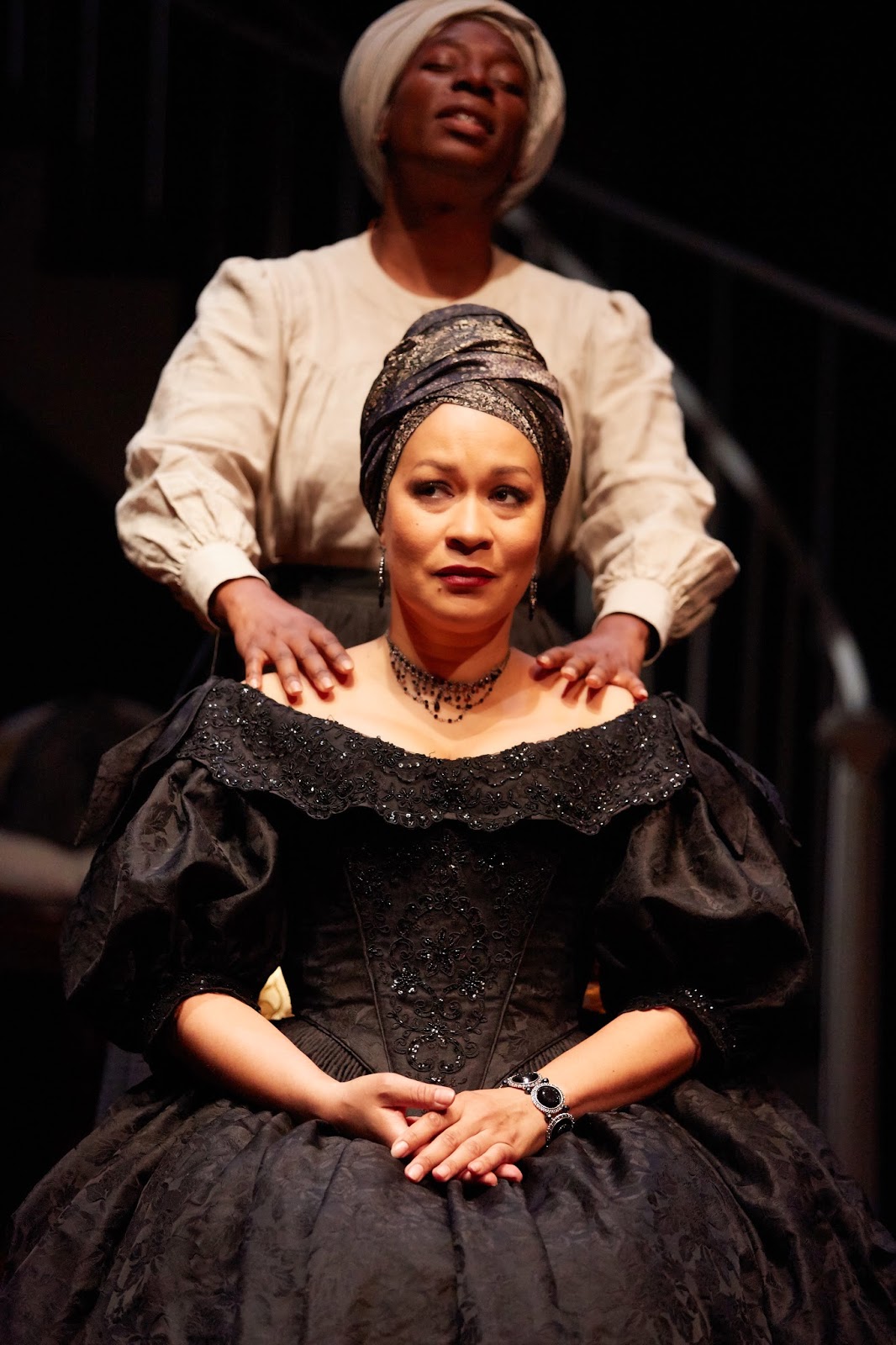 It was gripping to observe these black women, at varying levels of the social strata, vying to attain the ultimate goal; freedom.

This included the freedom of whom to love.

An as aspect of the play that the mainstream reviews did not highlight was the narrative of Beartrice’s younger sister Marie-Josephine (Clare Perkins), who has been locked in the house
since she was a young woman, as a punishment for falling in love with and wanting to be with a black African drummer in the famed Congo Square. 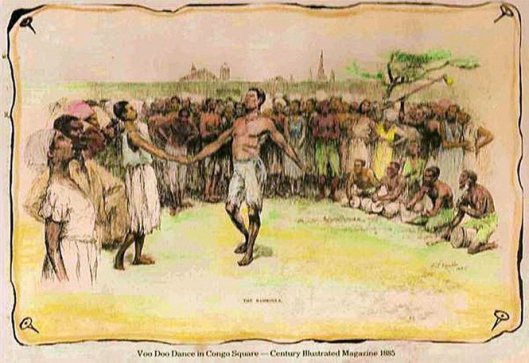 Congo Square, a gathering place for slaves and free people of color. Its now the site of Louis Armstrong Park, home to Jazz Fest

She too longed for her freedom, both literally and figuratively.

The intensity of the themes ran very deep and I did wish that was more time for the playwright to have explored them further – but I appreciate that there is always a limit on what can be included in any creative work.

If Galdley’s objective was to evoke the audience to probe these themes for ourselves, then he was successful on this count with me! All of which I have included in this post is due to the ignition of a deep interest in the subjects that were presented, fueled by a passion to understand my history as a black woman ever more deeply.

I hope that this post inspires you to do two things; one – book to see the play! Tickets start from just £10 – and two, to seek out and discover more about histories that exist but need to be unearthed, stories that enlighten and opens ones eyes and narratives that educate and empower.

2 comments for “BPL Talks: The House That Will Not Stand – Review. The Black Woman Takes Centre Stage.”