It is #IWD2016 and it is the fifth IWD that I am celebrating since starting my blog. The day has been become increasing important to me as I have grown as a woman comfortable in her skin and who has come to understand her values, passions and purpose in a deeper way – and supporting and uplifting other women has been central to this purpose.

As may of you know, I started my blog to connect with and showcase the beauty, intelligence and business prowess of the British WoC and since then IWD has featured prominently in many of my activities as a blogger! Here is a quick recap:

Celebration the British WoC in the Media.

Since the launch of my blog, I have taken the time to collate the beautiful imagery of WoC in the mainstream media. My Pinterest page is dedicated to the collation of such images. I published such a post just after IWD13 which featured British ‘brownbeauties Shingai Shoniwa (Mizani), Alesha Dixion (Avon) and Jourdan Dunn (River Island). 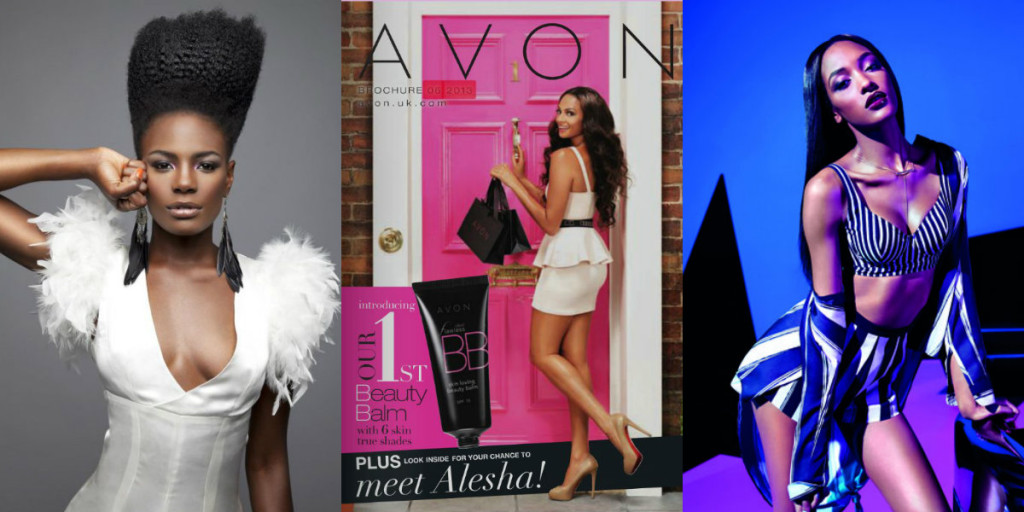 I took the opportunity to celbrate women leaders on the last IWD. Several of the book that I read last year were written by women that are leaders in their fields and who have fully championed the cause of equality for women and girls, challenged the concept of ‘having it all’, helping us understand what feminism is and how to implement equality in the 21st century.

My list included the best selling books Lean In by Sheryl Sandberg, the Chief Operating Officer at Facebook, Americanah by the multi award wining author Chimamanda Ngozi Adichie and Mighty Be Our Powers by Nobel Peace prize laureate Leymah Gbowee – three outstanding women whom have made a real impact on the world.

Read my reviews of the books here!

The Women of the world Festival #WOWLDN

Happy #IWD15 to all women of the world! I had a fab time at @WOWtweetUK last year, all the best to all the speakers and acts paricipating today! #IWD15 #women #equality #support #success

I have had the most awesome of privilege to have been involved in two of the Southbank Centre’s Women of the World Festival that takes place each year during this time. I participated in the 2013 and 2104 ‘Politics of Afro Hair’ Debates which were organised and chaired by the fabulous Hannah Poole…

…and I have also acted as a mentor for the #WOWLDN #DayOfTheGirl mentoring Mornings!

I will be back at the 2016 #WOWLDN event this Sunday, acting as one of the ‘Speed Mentoring‘ mentors during the morning session of this popular initiative that brings together women from all backgrounds and all walks of life to be able to share, support and assist others with their goals and ambitions.

It's that time of year again! The @wowtweetuk #WOWLONDON Festival is back to celebrate International Women's Day! I will be a mentor at the 'Speed Mentoring Session' on the Sunday!! It would be great to see you! Find out more about the session here>> http://wow.southbankcentre.co.uk/whats-on Or the whole festival here >>>http://wow.southbankcentre.co.uk/ #womensupportingwomen #mentoring #support #working #career #profession #leanin

If you are around on the Sunday, do say hi!

To end, I want to take this day to thank all the women whom have supported my blog, Keziah CONNECTIONS and the other ventures I have been involved with over the past few years – I wouldn’t be where I am without you and I am really grateful! Have the most amazing #IWD16 and I hope you are inspired to live the life you desire to and that you change your world for the better!

Happy #internationalwomensday2016 to all! I have been SO blessed to have had the support of SO many women since starting @beautypulselondon and @keziahconnects and also since charing the @uclalumni @uclbmealumni! So many of you have given your time, expertise, support and advice! Thank you!! #iwd2016 #womensupportingwomen #teamworkmakesthedreamwork #collaboration #girlpower #weslay

← BPL Talks: A Week in the World of the Black Model – the Trials, Triumphs and the Realities.
Mind Your Own Business Series: Dija Ayodele of @3107Skincare →